After months of their own false accusations about voter fraud, many GOP leaders hid under the pews during the insurrection. Afterward, with public pressure mounting, some changed their votes to certify the election of Joe Biden and Kamala Harris.

And as I was considering their quick change of mind, I listened to one of those representatives of his constituents speak. He said that Benjamin Franklin once said we had a republic, “if you can keep it.”

And as a teacher, it made me wonder.

How do we keep a republic after our students watch an insurgent attack on our capitol building by working-class Americans incited by a billionaire president of The United States of America himself? And just as importantly, how do we keep a republic when our students watch many of our elected officials not certify a free and fair election until they have to hide behind the pews of our capitol building?

I believe the answer to both questions is simple, and I believe it’s the very same thing that Benjamin Franklin was worried about. We can still keep our republic. But in order to do that, we're going to have to consider how we got here.

And that means that we might have to take a closer look at the people who voted for the elected representatives in the first place.

Was the trouble only Russians hacking our social media?  Or could too many of us collectively use social media for it’s appeal to us individually, for its ability to feed us what we already want to hear?

Was the problem that we’re getting more radical? Or are too many of us no longer able to stand in the middle on any one topic and let the evidence weigh us to either side, especially when that side isn’t that which benefits us personally?

Was the trouble Trump’s lying? Or have too many of us cultivated a newfound inability to discern facts from truths we want to be true? Politicians have been lying to us for years, and Trump since he could speak.  Could the  difference be that too many of us are now easier to sway, by appealing to what we wish for?

Was the problem that we’re divided? Or are too few of us willing to compromise? Click To Tweet

Was the problem  Trump’s hate? Or could too many of us be lowering our standard of compassion?

But it didn’t happen to them too well, did it? Nor to us.

Until we all collectively practice and teach the empathy it requires to be democratic again until we reintroduce the empowerment of intellectual discourse instead of rote test-taking until we incorporate respect for us all in our educational system on the ground and in the trenches, the problem that put the word president in front of Trump isn’t going anywhere.

And neither are those too chicken to certify a vote until they are hiding from insurgents egged on by the very man they claim allegiance to.

And this was the very thing that those who created our constitution worried about in the first place.

Because as a teacher today, I know that this problem is OURS. And it’s also our job to fix it.

And we’d better before the next sociopath comes along selling snake oil and selling merchandise at rallies to the poorly educated.

Let's make sure our students can understand what that sociopath is actually saying. And even better, let's teach our students to care about it before it's them running in the halls somewhere, or smiling with lecterns. 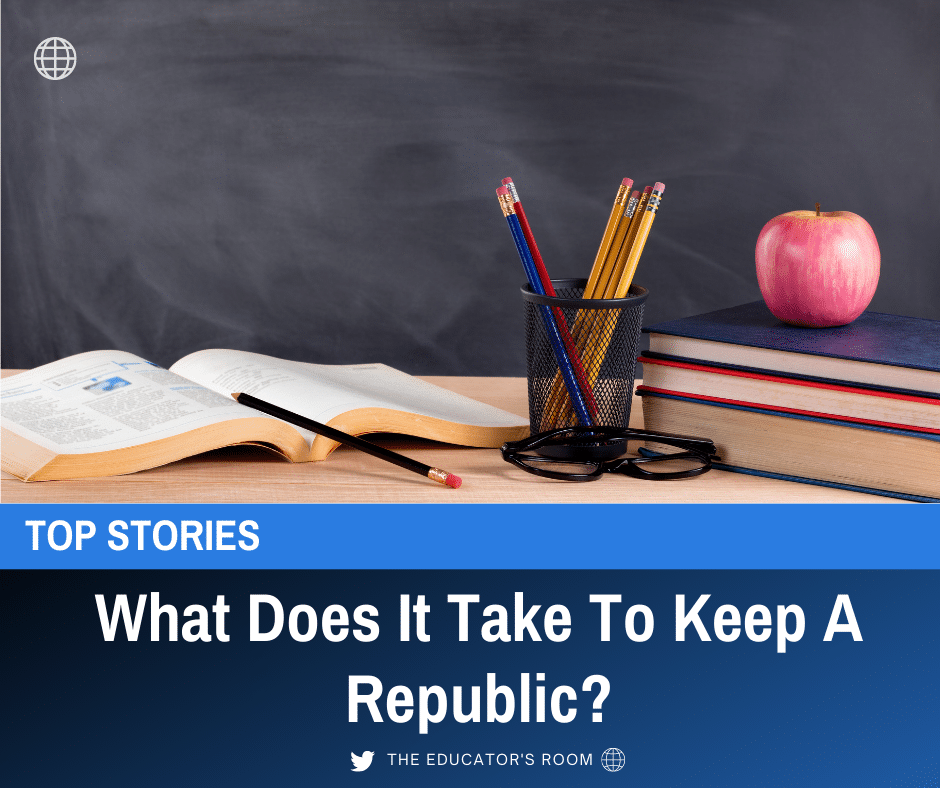 Teach to the Rest: How the Pandemic Could Be the Best Thing for Education in 20 Years
« Marjorie Taylor Greene: A Disastrous Decision for Education and Labor Committee
Nobody Trusts Teachers »