When I first started teaching the second-half of American history, my colleagues and I fell in love with the curriculum. The Civil War, the World Wars, the industrialization and rise of America, and the jazz age all piqued our interests. But one unit that always left us wanting more was Reconstruction. Often glossed over as a set of policies that occur that helped mend the wounds of a broken nation and tried - albeit unsuccessfully - to rope 4 million newly freed Black Americans into the fold, it always left us with the desire to move quickly to the next unit.

But that was then.

Now, my colleagues and I have transformed this unit into an investigation about an America that feels very much like today, and here are 10 reasons why it's the most important unit that we'll teach this year. 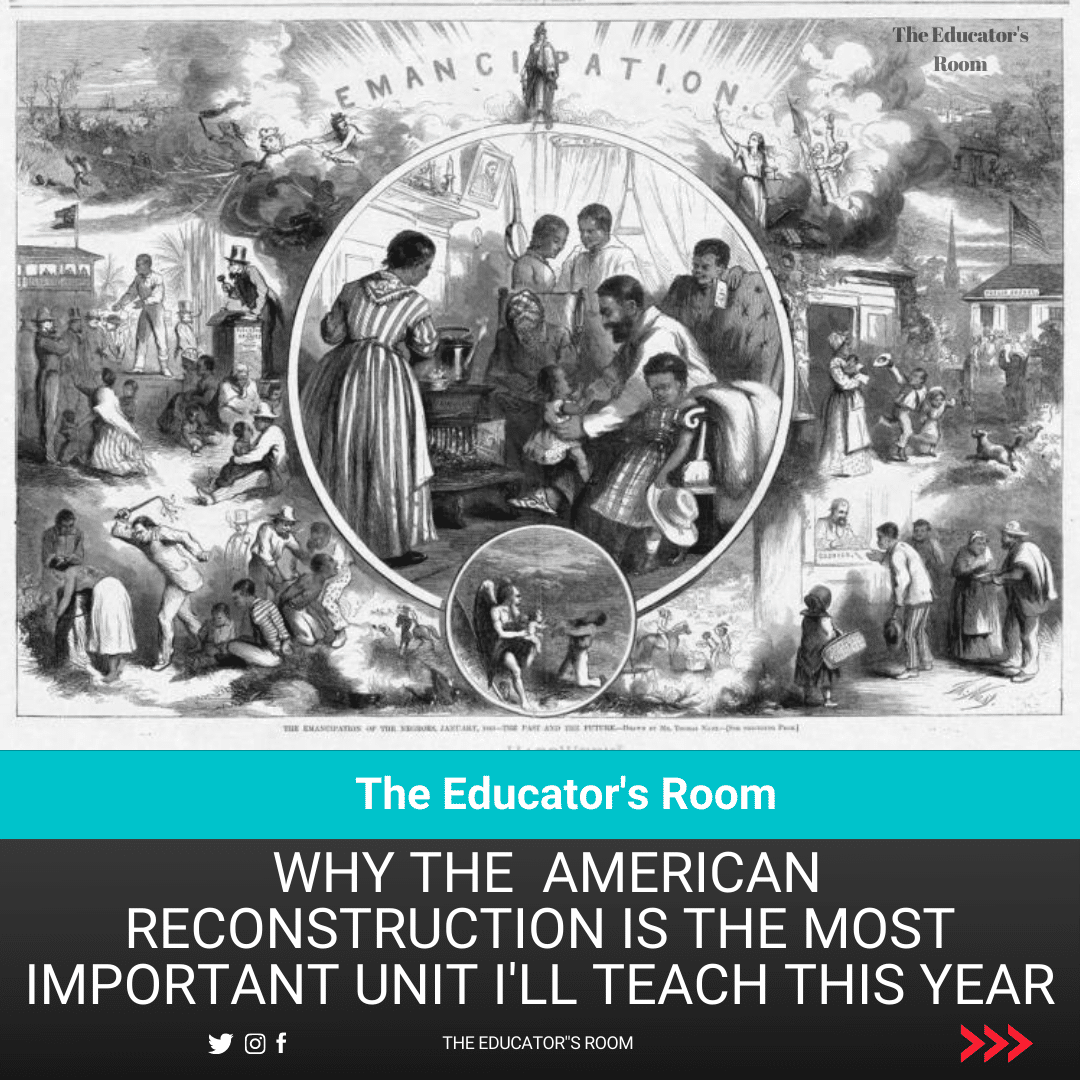 Civility in the Classroom and the Rise of American Fascism
« So, How Is [COVID] School Going?
Dear White Teachers, Black Students Matter »