“You know what the happiest animal in the world is?” asks Coach Ted Lasso, star of the eponymous comedy on Apple TV+ to one of his players down in the dumps. “It’s a goldfish. It’s got a 10-second memory. Be a goldfish.”

This is just one of the many wit and wisdom combos served to viewers in what is arguably the best new comedy this side of Schitt’s Creek. And each of the 10 episodes, lessons for teachers and students abound.

Check out my #1-5 ways to teach like Ted Lasso in last month's article here at The Educator's Room. Otherwise, enjoy the lessons below:

6. Follow "The Lasso Way" - build a culture of community

At the beginning of the season, both on the show and in the fictional soccer season, Coach Lasso loses a pretty big game on a player's birthday. So, to enlighten the spirits of the team, he gets that player a birthday cake. His players don't really know what to do with this gift, so Coach Lasso leads by cutting the first piece, giving it to the birthday boy, and telling the team they have off for the night.

This paints the picture of a coach who doesn't understand how much time, blood, sweat, and tears should express from the team after a loss, but, like many things, Lasso flips it on its head.

He does more reciprocal coaching when his best player gets a superstar complex, refusing to pass the ball and trying to score all the goals on his own. To the surprise of his team and the entire soccer world, he benches Jamie Tart, and his castigated by pretty much everyone in the sport. But his team stops being a one-man show and starts to play better.

Your classroom should be held to a similar standard - meet the needs of the community, even when folks think what you're doing is completely crazy.

Not long after Jamie Tartt is benched we meet Dani Rojas, who joins the team with the exuberance of a toddler on Christmas morning. He runs every drill like it's his last, is smiling and filled with joy, and is congratulatory of his teammates when they do good things. He's almost too good to be true, so when Coach Beard, the assistant, asks a bit more about his overabundant positivity, Dani always answers - "COACH, FOOTBALL IS LIFE!"

This goes hand in hand with the word right above Coach Lasso's office door. It says, very simply and hung off-center - "Believe." And he slaps it every time he enters and exits his room.

What message is hanging above your door? If you don't have one, get one or embody one. Every year I change my message above my door. Last year it said "The 2 most important days are the day you're born and the day you figure out why," by Mark Twain. This year says "The difference between stepping stones and stumbling blocks is how high you lift your foot."

8. Encourage your team to step up to challenges

"He’s the one, coach. If we’re gonna make an impact here, the first domino needs to fall right inside of that man’s heart."

My favorite character on this show is Roy, who embodies the angry Englishman you'd see at a corner pub after his team lost. He's also the captain of the team. When his age shows and he's not fast enough to keep up with the rest of the team, Lasso benches him. Roy is at first beside himself with rage, but he eventually comes around and says he shouldn't be the new captain. Lasso asks Roy to find the next captain then.

What an amazing analogy for class. Students will throughout the year go on impressing and depressing their teachers. It's great to give some semblance of the community by bestowing some of those celebrations being led by students.

9. Win with positivity, humility, and hilarity

After Lasso's first loss and a press conference where he shows the world how little he actually knows about the game of soccer, the fans start calling him "wa**er" - which is a pejorative in England for a man's parts. But Lasso doesn't push back. He doesn't redirect. He just keeps being himself - his positive, humble, funny self.

Which isn't too different from another one of my favorite characters, Keeley. She grows when she decided to leave superstar Jamie Tartt and makes friends with Rebecca, the team's owner, but deep down she's still the same funny, fun-loving, and kind person no matter what is said about her (she's almost like a Kim Kardashian character, where we know she's famous but nobody knows what for).

There have been PLENTY of negative things said about teachers, and quite possibly to you specifically, my reader friend. Parents who have called into the office to bash you. Kids who think you have no heart. Something you've had to go to an HR meeting for. But if you can pick out 3 adjectives for yourself and live each day with those and mind, and never change, you're doing the world justice just by being you.

"It's not the hope that kills you. It's the lack of hope."

One of the many beautiful parts of our job is we get to hold down a hard reset button and try most of what we just did again next year with new kids, just like Coach Lasso will get to try to win more games next year to re-emerge in the Premier League and, as he said: "win the whole f*****g thing."

There has never been a year more difficult and draining than this one, teacher friends. We only have another marking period or so left. Go out there, give it your all, lean heavily on your hope, and if we need to be sad, we can be sad together. But we most certainly are looking forward to being glad together, coming in next year, and winning the whole darn thing. 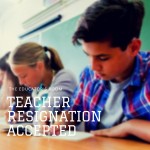 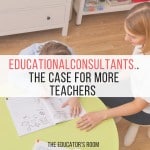 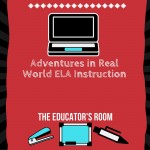 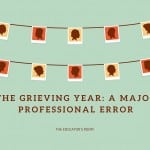 The Grieving Year: A Major Professional Error
« Inhale Adversity, Exhale Hope: Reflections of a Black Educator
At My Breaking Point: An Interview With An Educator Who Nearly Quit »