I didn’t even realize I was holding my breath until I heard the words. “Guilty. Guilty. Guilty.” I let out a slow and deliberate exhale, one full of relief for George Floyd’s family, his friends, and for the brave soul who captured the video of this public lynching.  I continued to exhale for my family, my friends, and myself.  After this seemingly endless sigh of relief, I knew I had to get up and teach again the next day no matter what the outcome.  I also soon realized that it would be just that much easier now that accountability, if not justice, has been served.  But for now, I would take a tiny bit of satisfaction in this small glimmer of justice I was blessed to live long enough to witness.  I had a sense of temporary calm in the sea of adversity, knowing that the trifecta of guilt bestowed on the yielder of that dreaded nine minutes and twenty-nine seconds would allow many to feel some sense of peace.

Of course, this peace will inevitably also be short-lived as many continue to deal with the struggle of living Black in America.

As a Black Educator, it is exhausting enough to continually be looked to when issues of racism occur and when events as historically significant as this take place, we again feel every eye on us to gauge our reaction.  As Black Teachers, we are expected to provide a “safe space” for students to be able to express their emotions.  Very few have ever considered providing the same for teachers.  In education in general, Teachers of Color are expected to come to work the next day, no matter the tragedy, trauma, or triumph.  We are expected to create some teachable moment, inspirational lesson plan, or life-changing assignment, without even giving them time to process the event ourselves.  We are expected to be on our “A” game no matter what we are going through on the inside.  We hold on to short-lived triumphs in our continual quests for equity and justice within the walls of educational institutions built on seemingly impenetrable barriers of systemic racism.  We tirelessly continue to inhale adversity and exhale hope.

Barak Obama said the following,  “While today’s verdict may have been a necessary step on the road to progress, it was far from a sufficient one” (Facebook Post, 4/20/2021). Of course, we are all aware that there is still the sentencing, but like potentially every other Black person in America, I will celebrate this victory, however short-lived it may be.  We can all remember a time when there would have been a not guilty verdict no matter how strong the evidence, no matter how damning the video.  And what about the countless victims in history, and many still today, whose injustice was not caught on video?  As I continue to exhale frustrations and righteous anger at those who still deny the need for systemic change, I inhale the hope that this verdict may give some pause to the ones who continue to commit police brutality, whether there is someone documenting or not.

“And as we continue the fight, we can draw strength from the millions of people – especially young people – who have marched and protested and spoken up over the last year, shining a light on inequity and calling for change” (Obama, Facebook Post 4/20/2021).  Blacks have been dealing with inequities in nearly all of the “systems” in America for generations: policing, education, the workplace, the list is endless. It is time we exhale more than merely “calls” for change, but tangible and implementable solutions for impactful and lasting “systemic” change.

As educators, we can ensure that our schools and districts have clear anti-racism and anti-hate policies that can help to protect our staff and students from injustices within our allegedly “safe” walls of learning.  As Teachers, we can encourage our students to continue to march, protest, and speak up, utilizing the power of their collective voices.  They have already influenced change more than they realize.

“True justice requires that we come to terms with the fact that Black Americans are treated differently, every day” (Obama, Facebook Post 4/20/2021).  The truth of the matter is that these “differences” sometimes come in the form of educational inequities.  We have to ask ourselves why there are such discrepancies in inequities as blatantly visible as dilapidated facilities sometimes less than twenty miles from each other.  And on a deeper level, how as Black teachers, are we expected to continue to hold our tongues as we listen to “colleagues” continue to scrutinize, question and ultimately judge the victims of police brutality no matter what the alleged offense leading up to the injustice?  It is all so emotionally, mentally, and spiritually exhausting.

So what do we, as teachers, do after such a history-making verdict?

What we always do, teach.

Teach this generation that they are living through what many will write history books about.  Teach them that between “his” story and “her” story lies the truth about what they are experiencing for themselves right now.  Encourage them to document their experiences and reactions so that they never forget how they felt at this moment in time.  As educators, let’s vow to do the same.  #JusticeForGeorgeFloyd 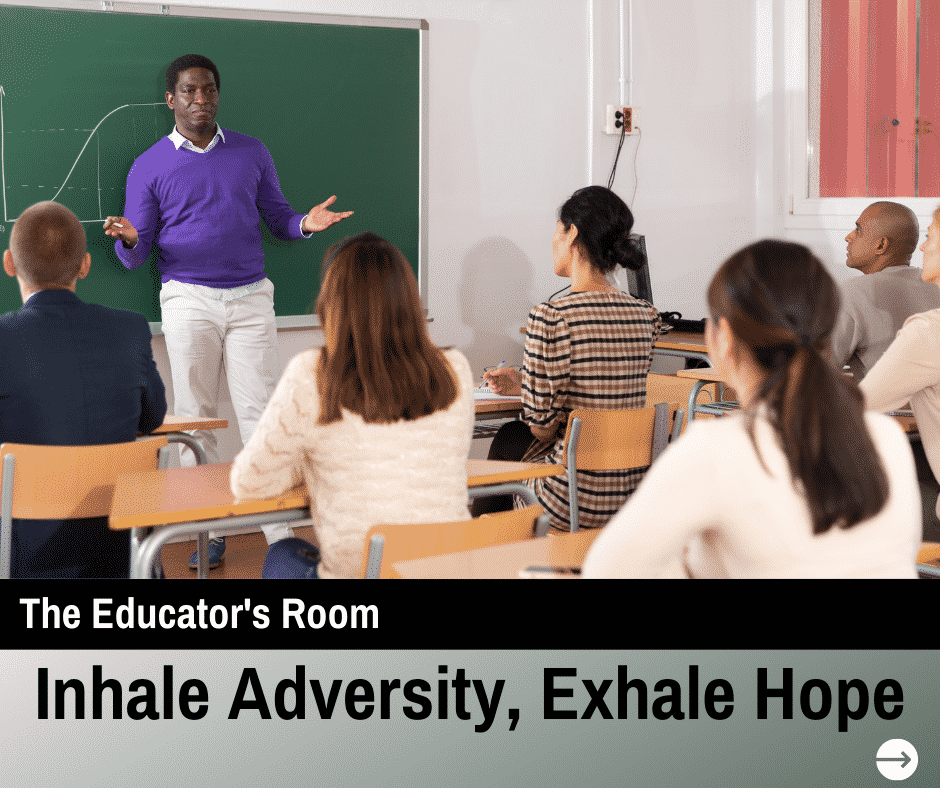 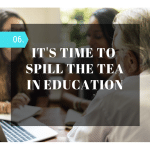 It's Time to Spill The Tea About Education...
« About Me, By Me Assignment: What Happened When My Students Spoke
10 Ways to Teach Like Ted Lasso: Part II »