I began my teaching career in 1995.  I had no experience with school resource officers, exterior doors at most schools were unlocked during the day, and metal detectors were used only in extreme cases.

Then on April 20, 1999,  the Columbine tragedy changed the conversation about the nature of schools and about the youth of America.  The perpetrators identified as enrolled students--the enemy could come from within the student body.

Since Columbine, there have been too many incidents of school shootings and school violence. Some events, like in Sandy Hook, Connecticut, and Parkland, Florida are notorious, other happenings have been smaller and quickly forgotten.  However, every subsequent act of violence entrenches the belief that schools are not sanctuaries, but soft targets for evildoers.

Since Columbine, we have experienced the attacks of September 11, 2001, and many examples of foreign and domestic terrorism.  Fear and uncertainty rule.

Recently, a man killed two African-Americans in a Kroger grocery store in Kentucky. Another man sent pipe bombs through the post office mail to well-known Democrats.  A house of worship in Pittsburgh was the scene of a Nativist's attack on the Tree of Life Synagogue, killing eleven people.   Welcome to America in 2018, where the sound of intolerance and hate echo in grocery stores, temples, and in the post office.

It is a world where students as young as four are in experts in lock-down drill procedures. Where my nine-year-old daughter hid with her teacher and classmates for twenty terrifying minutes because of a credible threat at her elementary school was taken seriously.

With every attack, the people not directly impacted hold their collective breath.  When will violence reach them? They wonder when will their school, their house of worship, their grocery store be the location of this new normal?  When? Not if.

To combat threats, humans search for solutions, the go-to safety measure:  staff identification badges.  The thinking being that staff members would be easily identifiable, and so would strangers.

Opening a recent email, I read a message from my district's superintendent: "The safety of our students, staff, and visitors is one of our highest priorities.  Therefore, it is critical that all district staff members are easily identifiable in the case of an emergency. I would like to remind everyone that all employees are to wear their district-issued identification badge, in a visible manner, at all times when working in any district location, bus, vehicle, etc.  There are no exceptions to this requirement."

A gentle reminder from the Superintendent has the power to frustrate this veteran teacher. I completely understand school leader's quandary--they are tasked with creating safe schools. It is not the intent of the Superintendent's message or the act of wearing a badge, but the reason behind the directive that makes me a combination of sad and angry. It is incredibly heartbreaking that schools have become a mirror of the darkest part of our society.

"Easily identifiable," translation:  your identification badges do not make you safer, they will only be valuable to identify your body in the case of emergency.

Your identification badge is your dog tag.

Your identification badge is the daily reminder that schools are unpredictable atmospheres; that you are not only an educator but a first responder.

The real question is this:   have any of the school safety measures thwarted violence?  Does active shooter training help teachers make a plan of action, or do these programs make money off fear?  Does locking all but one point of entry stop would be attackers, or merely frustrate everyone's legitimate access after a particular time of day? Do armed guards, armed teachers, or armed police officers make a school impenetrable? Should a plastic badge replace adults' ability to recognize their colleagues?

The answer is no.

These measures are futile.  Like when we shake our heads at the cold war era's duck and cover drills when baby boomer children believed they could protect themselves in the event of a nuclear attack, future generations will note the ridiculousness of our efforts.

The badges are a band-aid to an oozing wound; a symbol of defeat.  Since 1999, we have told our youth that violence is normal and therefore accepted.  Furthermore, the badges, guards, cameras, locked doors, and draconian rules breed a negative climate where creativity and discussion are subverted.

Let's take our buildings back.  Let's make relationships instead of walls of locked doors and impersonal entrances.  Let's fight darkness with light.   We have already let the pedophiles keep our children indoors; we cannot keep allowing the bad guys to continue to win. Public spaces must be sacrosanct.

Teachers, join the student movement begun by the students in Parkland, Florida.  Do it by refusing to be part of a system that is falsely claiming that we need to make our schools like minimum security prisons.  Schools, like houses of worship, are soft--some say soft targets in need of armed guards. I say no! Schools are the heart of our communities, spaces that require a vibrant supply of humanity to make them successful.

Schools are the heart of our communities, spaces that require a vibrant supply of humanity to make them successful. Click To Tweet

Those pieces of plastic will never save us.

We have to save ourselves. 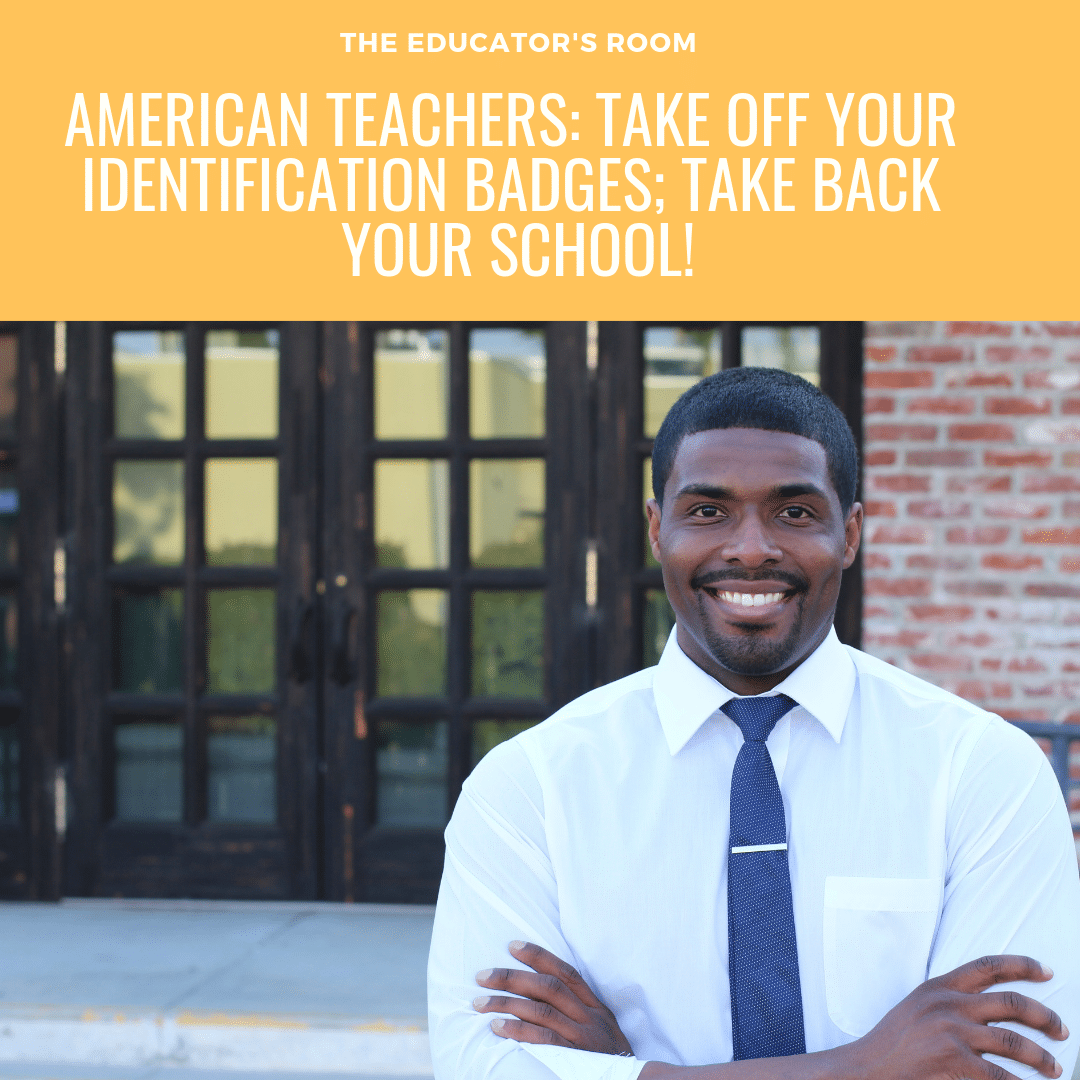 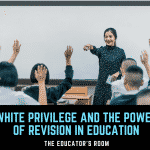 White Privilege and the Power of Revision in Education 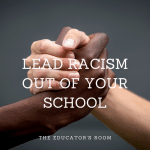 Lead Racism Out of Your School 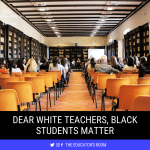 Dear White Teachers, Black Students Matter
« We Must Love Them
FIVE Ways Modern Teachers Are Being Set Up For Failure »