Our country has not been kind to people of color (POC) since its inception. From slavery to racial segregation to lynching of African Americans, our track record is bleak and heartbreaking. Our education system is still seeing the ripples of the overt 19th and 20th-century racism that segregated schools and denied resources to the one's minorities attended. Today, we base school funding off of property taxes, meanwhile poverty lines still strongly follow minority populations because the injustices of segregation cannot be undone by a supreme court ruling. Things like racially restrictive covenants, discrimination in New Deal policies and safety nets, and cops watching or participating in public lynchings have left stains on the communities we have yet to lift.

If you are a white educator right now, I implore you to understand your role in this race crisis we are having in America today. It is time for you to use your privilege and be an ally to the POC in your classroom, in your community, and in your country. You cannot sit idly by as these events keep occurring and expect to be able to teach minority students effectively. Race is not a political issue, it is a human rights issue and if you are ignoring it in your classroom then it is time to make some changes. As a white educator myself, I will do everything I can to inform other white educators on how to be an ally.

Race is not a political issue, it is a human rights issue and if you are ignoring it in your classroom then it is time to make some changes. Click To Tweet

Colorblindness is not an option, and in fact, it is an insult. By saying you do not see color, you are dissolving the stories of injustice and deflecting a very real and urgent issue in our society. It also takes away the rich cultural backgrounds of minorities and pretends our differences don’t exist. It is okay for us to be different, it is not okay for us to treat others poorly because they are different. Additionally, you being colorblind does nothing to improve the beliefs of other individuals in our society and the conditions for minorities. The current climate is also not about: “not all cops”, “all lives matter”, “resisting arrest”, or “rioting takes it too far”. The POC in our country have reached their boiling point and we are seeing the result of centuries of injustice.

Know the History and Teach it

It is critical as educators regardless of our content area that we educate ourselves on the history of minorities and teach all of our students. In a history classroom like my own, that means teaching about racial injustice outside of Black History Month, slavery, and the Civil Rights Movement. Do you teach your students about the Tulsa or Chicago Race Riots, Zoot Suit Riots, the Tuskegee Syphilis Experiment, Bracero Program, or the history of lynchings and the Klu Klux Klan? These topics are just as important as the mainstream content and can lead to really impactful discussions. In other classrooms like ELA, you can look into readings from POC especially if they are about their experiences with discrimination and prejudice. Some examples of authors to include are Toni Morrison

Despite what comments sections and some media outlets will lead you to believe, social justice is not a dirty word. It means finding ways to change and reform institutions to promote equality for all people. In your own classroom, it is important that you prepare students to be a part of the change we very desperately need. One way of doing this is ensuring your students know their rights. Help them understand their freedom to assemble, right to remain silent, right to an attorney, no unlawful search and seizure, etc. Empower your students to advocate for themselves and handle difficult situations with authority that will inevitably come up for students of color. Additionally, it should be your mission as an educator to promote tolerance and acceptance in your classroom. This means not letting the microaggressions by white students slip by, or taking more overt racism as seriously as possible with swift discipline. It is critical that you police racial injustice in your own classroom, the halls, the lunchroom, etc. because ignoring it even once is too many times.

Help them understand their freedom to assemble, right to remain silent, right to an attorney, no unlawful search and seizure, etc. Click To Tweet

You will probably also need to disrupt patterns at a higher level by fighting for harsher punishments for students who use slurs or make racist jokes. It also means potentially having to have difficult conversations with coworkers when they make inappropriate comments about POC, and making sure supervisors are aware if the issue persists. I also suggest fighting for training and resources in your school to better equip your teaching staff to educate students of color and handle these scenarios. Ask for ongoing and impactful implicit bias training and PD on culturally relevant teaching. Find out if your resources like textbooks and curriculum guides are inclusive of minority voices, and demand change if they are not.

As I have mentioned with the curriculum, it is important for students to hear the experiences of POC. It is also extremely important that students of color see more representation of people who are like them. Education has a big issue with this very thing, minority teachers are few and far between. Furthermore, black male teachers are the most difficult to come by and so necessary for our black boys to see as positive male role models. This situation is much bigger than “just hire more minority teachers” because many are disenfranchised from attending college due to the lack of access to an adequate education and resources. Furthermore, alienation from their own educational experience often deters them from entering the education field. This issue will take more funding and scholarship programs for POC as well as making the education field more attractive by weeding out those who make it a hostile environment for minorities. It is also important that we find solutions to our low percentage of POC in leadership roles in schools. Representation goes further than our teachers and school leaders, however. Representation is also about the faces on posters in the halls and classrooms, the guest speakers we bring in, the types of museums we attend for field trips, and so many more things. Please consider providing diverse experiences and materials across your school campus so students of color can feel like they are actually a part of the community. With all of this, it is also just as important for white students to see minority representation as the norm and not the exception.

This is perhaps the most difficult part for white educators and white people in general. You have to work to undo the years of learned and internalized racism. Whether you believe it or not, all white people live with it (including myself), and you have to actively work to dismantle it within yourself. Educate yourself, support organizations, and people who fight to reform, be a true ally. Do not rely on POC to educate and fix you, that is not their job. It is not your minority student's jobs to speak for their entire race. It is not your minority coworkers' job to speak to the history of racism.

Please understand the following especially: If you are not vehemently against racism, if you do not combat injustice in your classroom, if you are not an ally-then you should not be an educator. Our kids deserve better. Yes, it is tiring, but it is not as tiring as the emotional toll that these events continue to wreak on our brothers and sisters. I guarantee your students of color have experienced prejudice whether they recognized it or not. They have been watched by store clerks, they have been questioned by cops, or asked to turn out their pockets, they have been treated as less capable in the classroom; they have been victimized by hate in ways we cannot imagine. You cannot teach children of color and pretend that this is not their reality.

If you are not vehemently against racism if you do not combat injustice in your classroom if you are not an ally-then you should not be an educator. Click To Tweet

I implore you to take this seriously, and I have come up with an action plan for you as a white educator: Think long and hard this summer about how you can be an ally in your classroom. Read books like White Fragility

and The Color of Law

. Seek out training or PD that tackle issues of culturally relevant teaching, implicit biases, social justice in the classroom, etc. Listen to the voices of POC, especially from this past week and as the events continue to unfold. Look at your curriculum critically and make some changes to be more inclusive of minority experiences and voices. Reflect. Reflect. And reflect some more. Then, read the names of the unarmed minority individuals who have been killed by law enforcement in recent years out loud. Read them again and again until you never forget their names. Remember them, and do something about it.

This piece is dedicated to Tiara: the epitome of Black Girl Magic. 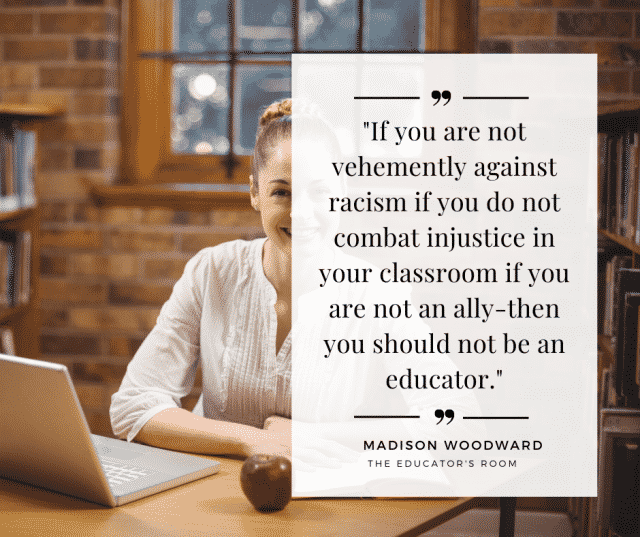 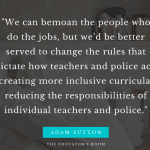 Lets Change the Conversation Around Defunding Education and the Police 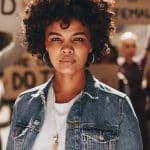 Activists Are Needed in Education
« Are you in a Relationship with Remote Learning? It's Complicated.
Teachers & School Administrators: Check On Your Black Co-Workers & Black Staff »