Over the past five years, I have built my classroom library from just 104 books to over 1100 high-interest young adult literature spanning from realistic fiction to nonfiction to fantasy & sci-fi to historical fiction. While I routinely do Book Talks each week--among other things--to get kids interested and engaged with my classroom library, I also create a monthly display of books around a theme.

September is Hispanic Heritage month, and since a large part of our student population identifies as Latinx in some way, it's a great way to kick off the school year. 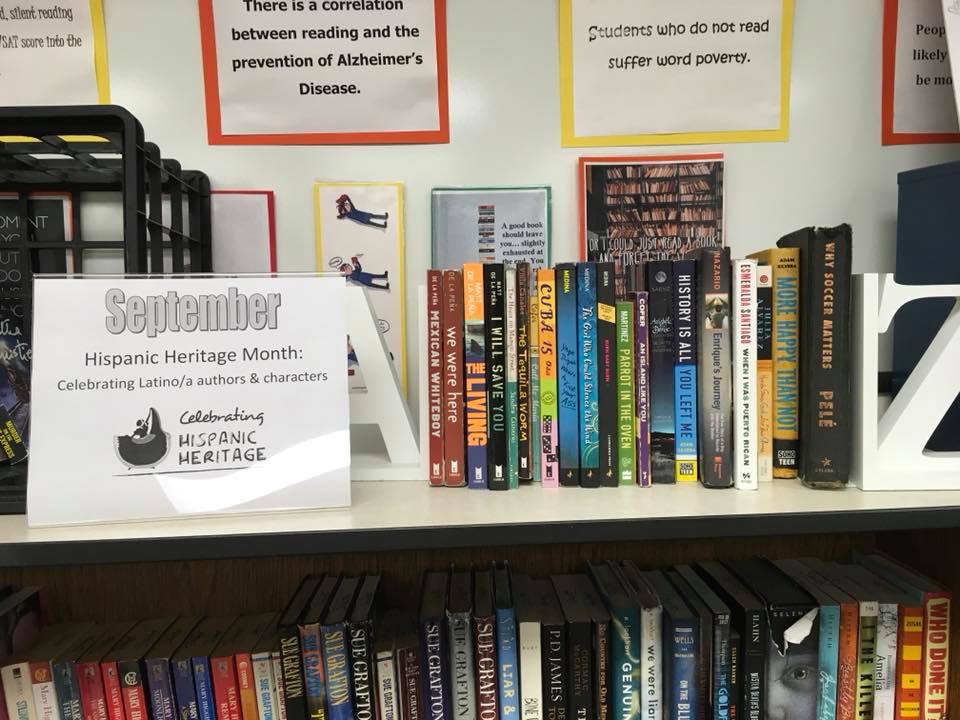 To engage my students in the display, I devote my September Book Talks to authors from the display. The following are some of my most popular.

The Education of Margot Sanchez by Lilliam Rivera

Students love this novel because it's a realistic fiction novel about a teen girl who "borrows" her dad's credit card to buy the cool clothes and to fit in at school. She is grounded by having to work at the family's grocery store to pay off her debts. She is very much a teenager that students can relate to, and the fact that she is Latina is a bonus because representation matters.

This is one of my most popular immigrant novels. Jaramillo writes the story of 15-year-old Miguel and his little sister Elena's dangerous journey from Mexico to the border to hopefully be reunited with their parents. Jaramillo's story is inspired by the stories her own students have told her about la mata gente (the high-speed train nicknamed the people killer), the treacherous risks involved, and experiences with crossing the border using paid coyotes.

90 Miles to Havana by Enrique Flores-Galbis

Another refugee story, this one takes place in the early 1960's during Operation Pedro Pan when over 14,000 unaccompanied minors were sent to the USA in fear of Castro's new government. In this novel, Julian and his two brothers are sent by their parents to Miami. They are trying to keep the boys safe from the government, but Miami is fraught with its own troubles including bullies. This novel is a semi-memoir since Flores-Galbis and his brothers were also sent to the US during Operation Pedro Pan.

This one is a collection of stories of different characters who all live in the same barrio: Rita who is sent to Puerto Rico to live with her abuelos because of boy problems, Luis who works days at his dad's junkyard, and Sandra who discovers she is beautiful and Latina. This one is an old one, but still very popular among my students--especially those with Puerto Rican roots.

This is one of my most popular non-fiction books in my entire library. Nazario met Enrique in a shelter for migrants in Mexico. She documented his trek from Honduras to the US and then retraced his steps (over 3,000 miles) the same way he did: mostly on dangerous freight trains. There is a young reader's version of this as well, which my middle school students devour. 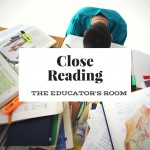 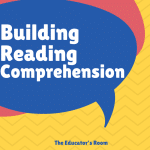 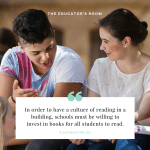 The Dirty Secret of Implementing Independent Reading: Fund What You Believe
« Watch Your Demonstrative Adjectives: Culturally Responsive Teacher Talk
The Power and Limits of a Growth Mindset »