I see us on Facebook. On the soccer field. In the classroom. We are the generation born between 1961–1981. We are now finally of age. We thought adulthood began at 18, but that was just a stepping stone. No, we are now parents, for fuck’s sake. We are in charge. Many of us are educators.  We are graying and getting a little achy. Now, as the characters in The Goonies declared: “This is our time.”

We must be the grown-ups in the room. We must do the right thing. We may have had intact families that were wonderful, or we may have been raised as latch-key kids by single moms. If we didn’t have our parents, we had a coach, a teacher, a relative, or a mentor show us the way. Now, we must lead the way for our kids — many of whom were born post-9/11. They entered a world of fear. And not surprisingly, many of our kids are suffering. Mine included.

Beautiful daughters are staring into mirrors thinking they are not good enough. You say, but that has always happened. Girls have struggled with body image for years. However,  those are now our daughters. Those babies that we swaddled, and who we have spread their cute pictures all over social media, are now facing the blowback of a 24-hour world. They cannot escape it. It is sitting in the palm of their hand. It is the smartphone that is making them dumb. And numb. They want a connection. Our kids need to be part of something that is bigger than themselves. We are failing them, collectively.

This is our moment, Generation X. Now is our time to parent. To lead. Click To Tweet

We are experiencing the #metoo movement, but boys in seventh grade are still grabbing female students by their private parts in school and at practice. Boys are persisting in calling female students pigs and sluts so that both become self-fulfilling prophecies. Not all boys and not all girls, but enough--lives forever altered.

We drill for lockdowns and active shooter training. Violence is the accepted norm. Teenagers lie in protest in Washington, D.C. in solidarity with victims in Florida, Newtown, Columbine. The list is long of victims. You, my fellow generation Xers shake your heads and extend your thoughts and prayers, but you don’t do anything. You just say that is the way it is.

You, my fellow generation Xers shake your heads and extend your thoughts and prayers, but you don’t do anything Click To Tweet

We have given our kids sports, traveling teams, the latest iPhones, plenty of food and affection, but have we honestly addressed the elephant in the room? Have we talked to them about connection, about sex, about life? Or, have we hid behind work? Have we scrolled more on our phones than we have listened to our kids? Are we present in their world?

If we did listen to their honest testimony we would hear that sexual acts bombard them as young as third grade, trusted individuals are abusing them, they are starving themselves to fit in. They are craving our attention and time.  Our children are ill because they are absorbing the climate of the world.  They have the highest rate of mental illness, suicide, drug abuse and sexually transmitted diseases. Our babies are aching for connection, guidance, and purpose. They see violence, destruction, war, disease, racism, sexism, xenophobia and homophobia every day. They continuously confront hate:  they hear its voice; they see its face. Hatred, and dare I say evil, has infected our society and like the show Stranger Things, it has entered through our offspring.

Our children are trying to fill a hole with drugs, sex, food, starvation, violence, gangs, fight clubs, white supremacy groups, and other risky behaviors. They are in pain. They are bleeding out of their eyeballs, and we keep handing them the smallest band-aid available. We tell them to buck up, get good grades and go to college. Or, we leave them entirely and selfishly just like some of our baby boomer parents did — to continue the cycle of poverty — increasing the deficit. I am not talking about the national debt — that is also our legacy — but a deficit of coping skills. Our kids don’t know how to do basic things. Some of us have done too much for them and others too little. Either way, they need guidance.

I will admit that I need my generation’s help. I need you, guys. Remember when we were young? Didn't we hang out at the golf course at night with stolen alcohol? Remember how we did things? We rode our bikes without helmets, returning home when the street lights flickered. Everyone smoked cigarettes in restaurants and schools. We had a great deal of freedom, but most of our mistakes were not made public.

Now is a different time. We have tried to protect our kids with car seats, play dates, and year-long sports.  We have smoked less and installed childproofing devices, to no avail.  We cannot protect them from this awful world.  We cannot believe that abuse, rape, sex, drugs, violence, harassment, and mental illness will never happen to our kids.  We have to stop thinking that our sons and daughters would never be the responsible party.  This is our map dot.  We need to tell them the truth, all of it. Earlier than you would suspect. It will be uncomfortable, but not as horrible as getting that phone call. Yes, that one: from the principal, the roommate, the police officer.

So, I say to myself and my generation, what the hell are we going to do? This is not just kids being kids. This societal illness is not only adolescence angst.  School shootings are not normal.  Substance abuse is not just a heroin epidemic. This is not just another violent time in history. Our kids are killing themselves and each other.

We are the leaders, the parents, the doctors, and the teachers.

How do we save our kids?

Are we willing to give up our guns, especially the most deadly of all the AR-15?

Are we able to give up our use and abuse of substances?

Are we ready to throw the fucking cell phone out of the window?

Are we done with the overscheduling and the competition for scholarships that never materialize?

Are we able to lead and protect our families?

Can we admit that it takes a village and we are the elders?

If you are between the ages of 37-57, the ball is literally in your court. 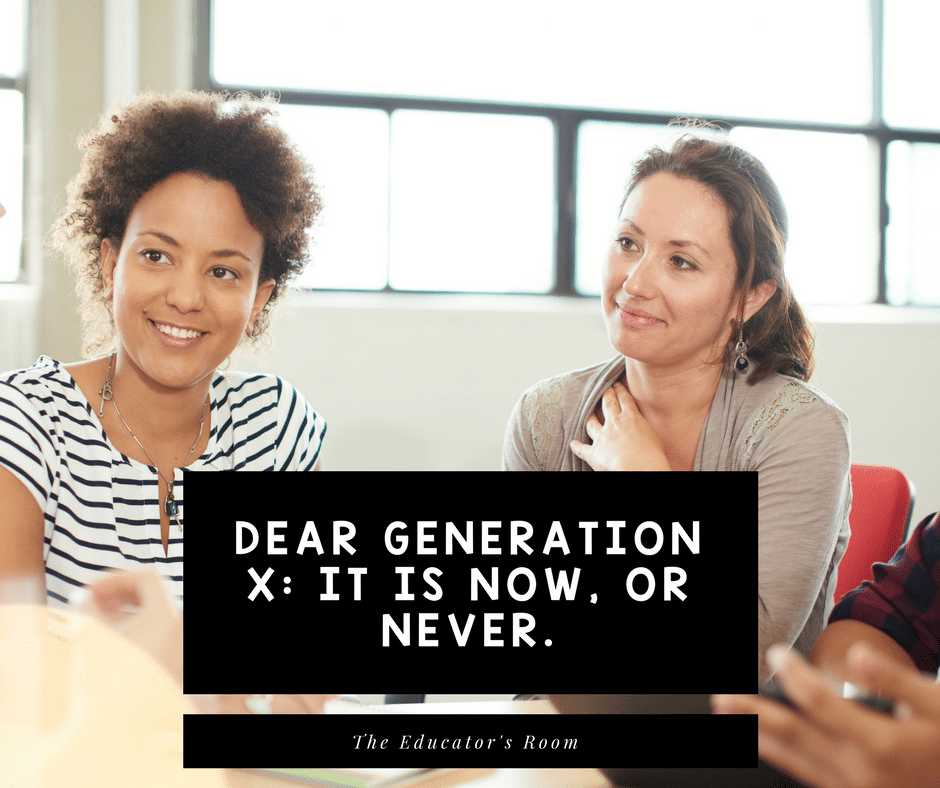 Staying Within Law: Special Education Teachers and IDEA
« Students: The Original American Revolutionaries
[OPINION] All "Armed" for Our Students »