Young Americans are starting back to school in a few weeks and they are in trouble. Deep trouble.

After almost a quarter-century teaching at a public high school, I never imagined I would write a book ominously titled, Hollowed Out: A Warning About America’s Next Generation. But, to be blunt, American school teachers have a front-row seat to American decline. Here’s why:

In the past five to ten years, an avalanche of disturbing trends makes it less likely young people will find meaning and purpose in their lives, trends that make the experiment of American self-government more likely to fail.

Young Americans are more miserable than they have ever been.

And why is that?

For starters, they are lonely and often friendless.

They rarely go to the movies. They don’t go to football games like they used to. Social gatherings of teenagers were once expected to be loud, boisterous, even a little bit rowdy. Teachers and parents now notice that when young Americans gather, silence frequently reigns—they aren’t talking to each other, not flirting, not engaging in eye-to eye communication. In a particularly disturbing poll, 27% of millennials claim to have no “close friends.” Suicide rates, reports of debilitating anxiety, and episodes of self-harm have skyrocketed in recent years.

Half of all 18-34-year-olds do not have a romantic partner, not because they can’t afford it, but because they say they can’t “handle it.” Marriage rates with millennials are in free fall. People in their 20’s are having less sex than any generation, leading a prominent American publication to acerbically label it “The Sex Recession.” Fertility rates in America now stand at a 40-year low.

Their view of America doesn’t supply a sense of pride, either. Many young Americans have a more positive view of socialism than capitalism. One in five millennials sees the American flag as a symbol of hate. American history is often interpreted not as an extraordinary movement towards justice and a truer living out of our national ideals and founding creed, but as a wretched tale of endless oppression.

They are not just walking away from religion; they are running away from it. Religion is seen as intolerant, dogmatic, and harmfully judgmental. In 1980, 60% of teens read for pleasure every day. By 2016, that number had dropped to 16%. The tyranny of their devices is such that a 13-year-old in America is more likely to read a book than a 17-year-old.

Young Americans have successfully created a world where adult's eyes, adult values, adult expectations, and most of all, adult behaviors are not present and thus cannot be modeled. Families don’t eat together like they used to. Young people disappear into digital fortresses unchaperoned by parents, teachers, or mentors where they are infinitely more influenced by Tik-Tok stars, Instagram influencers, and the blue-checked Twitterati than they are by members of their own family.

What do all of these realities have in common?

Everything in life that makes it pulse with possibilities and glow with meaning, that make our walk big and rich and titillating with transcendent purpose—love, faith, friendship, family, reading, patriotism—has largely been hollowed out from their lives. Their world is infinitely small, defined by a chic and radical individualism in which freedom is no longer a tool for making mighty commitments, but is used instead to escape making any commitments at all.

What Americans from all walks of life need to understand is this: it is not their fault. It is the adults in our nation who have a lot to answer for, who need to soberly look in the mirror and ask the most daunting of questions: how did we let this happen and what can we do about it?

Young people often want simple validation but what they really need is instruction.

They are given a lot of compassion—which is great—but it needs to be accompanied by tough love.

They want to express themselves without exploring the value of what it is they are expressing.

They want choices without examining if the choice is good or bad, right or wrong.

American adults need to model, defend, and celebrate the value of substantive adulthood before it is too late. Before we forget that being hollowed out is not liberating, it is a path to misery.

Jeremy S. Adams is the author of the forthcoming book, "HOLLOWED OUT: A Warning About America's Next Generation."  He has taught high school social studies for 23 years in Bakersfield, California. 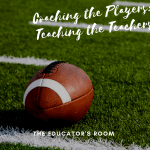 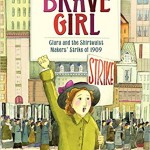 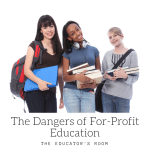 The Dangers of For-Profit Education
« Post Pandemic Education: The Transition Back to Brick and Mortar
Our Middle Schoolers Deserve Better »