A 4th grade teacher in New Jersey who strives to provide authentic learning experiences for her students every day. A former journalist and public relations account executive who found her true calling in teaching the leaders of tomorrow. An avid reader and life-long learner who is always eager for a new challenge.

If I ran a school, I'd give the average grade to the ones who gave me all the right answers, for being good parrots. I'd give the top grades to those who made a lot of mistakes and told me about them, and then told me what they learned from them. - R. Buckminster Fuller.

I think American visionary and inventor R. Buckminster Fuller was on to something when he spoke those words. As long as the modern-day school has been around, grades have been given. There’s nothing wrong with that until you stop and think, what else do we still do the same way centuries later?  Admittedly, when I became a teacher I didn’t even question why I gave grades or what they did to students. More than a decade later, I owe my former students an apology - for potentially stunting their thinking, creativity, and ultimate success by dangling that “A”. What did the “A” represent other than conformity to one-size fits all system? When what I really wanted was out-of-the-box thinkers.

What did the “A” represent other than conformity to a one-size fits all system? Click To Tweet

What is our measure of academic success? Advanced Proficient on a standardized test, reaching school goals, an A on a report card? How about none of the above? The aforementioned list includes commonly used ways to  evaluate; but what exactly are we evaluating?  That is the question educators need to ask every time a letter grade is placed on a piece of student work. And then ask, "Is there a better way?" The relationship of grades to learning is what is at the heart of the great grade debate. We need to just say "no" to traditional grades if we are to say "yes" to authentic learning.

In a world where the measure of innovation and success literally changes by the day, the education evaluative system has some serious catching up to do. Letter grades were first used in the 1800’s to classify students. Yale University is said to be one of the first colleges to use grades to help label student success.  While the grading system and quantity amounts equivalent to the A,B,C,D,F have changed over the years, the antiquity of this archaic system can not be overlooked. Why are we using a nearly 200-year-old system when nothing else in the world remains the same? Convenience perhaps, or worse the “It’s always been done this way so why change it?” mentality that often stops progress in its tracks.

Necessity is the mother of invention; in fact that is exactly what pushed letter grades into existence. Slate writer Brian Palmer, author of E is for Fail states that the massive growth of the United States in the early 20th century was the catalyst for letter grades. “Teachers and administrators needed an efficient, standardized system for testing and evaluating large numbers of students.”  Thus, letter grades became the norm.  Necessity is back and, well, it is definitely necessary to invent a new system. A system that recognizes that learning is a continuous process and everyone begins at a different place on a continuum. A system that appreciates diversity, interests, and applicability to real life success.  A system that honors innovation, perseverance, grit, and growth, however messy it may be. It would be hypocritical to have anything less. Letter grades do not meet this requirement.

We can not tell our students that we want them to take risks, accept challenges, work outside of their comfort zones, celebrate failure and have a growth-mindset if at the end of the day we rate them on a scale that does not honor that process. School should be a place to open minds, foster collaborative inquiry, and build thinkers.  Grades stifle and arguably condemn this type of work. When the “A” is seen as the measure of success, what student will risk the “A”, honor roll, and potential scholarships with “real thinking”? Grades actually hurt our highest achieving students the most. In an Education.com article "Do Grades Do Any Good?"  (March 2009); Alfie Kohn, author of The Schools Our Children Deserve: Moving Beyond Traditional Classrooms and “Tougher Standards” and Punished by Rewards states: “The research suggests three consistent effects of giving students grades – or leading them to focus on what grade they’ll get. First, their interest in the learning itself is diminished. Second, they come to prefer easier tasks – not because they’re lazy, but because they’re rational. After all, if the point is to get an A, your odds are better if you avoid taking intellectual risks. Third, students tend to think in a more superficial fashion – and to forget what they learned more quickly – when grades are involved.”

Our grading system is supposed to standardize results but it is anything but standard. Some use the 90-100 is an A scale and others use the 93-100 is an A.  So even the letter grade is not consistent. What is an A in one school is a B in another for perhaps the same quality of work. Never mind the subjectivity of one teacher compared to another.  Robert J. Marzano dedicates a chapter titled "What are Grades For?" in his book Transforming Classroom Grading (2000). He suggests that there are numerous reasons for grades including administrative ease but the most important reason for grades is to provide feedback to students and parents. We, as educators, have to decide how to  look at grading using content-specific criteria as well as each student’s individual entry point to demonstrate specific student growth.

Standards-based evaluation appears to have more continuity and promise.  Specific measurable elements of learning identified on a continuum.  A way to inform students and their families of how far they have come and what is next.  This type of success measure proves far more useful than a letter grade. What exactly has to be done to move from the B to the A? It is vague, arbitrary, and quite subjective at best.  While some would argue that standards-based evaluation is too time-intensive and would hurt high school students looking at colleges; the same can be said for letter grades. So, it is up to us to advocate for an evaluative system that measures true growth and success. Let’s be the change we wish to see in the world. 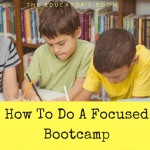 How To Do A Focused Writing Bootcamp 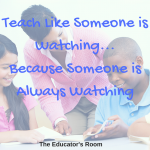