On June 29, 1956, President Dwight D. Eisenhower signed the Federal-Aid Highway Act, creating a "national system of interstate and defense highways." The work to create a national system of highways, now something we seemingly take for granted, was nearly an unprecedented public first waged by President Franklin D. Roosevelt with a bill of the same name in 1938. However, in the 18 years between, only 6,500 of the 40,000 planned miles were completed. Eisenhower, in his second State of the Union Address, declared a national highway system as something "to protect the vital interest of every citizen in a safe and adequate" manner, while also creating a superhighway for commerce.

One of my favorite quotes is from historian George Santayana, who says "history doesn't repeat itself, but it often rhymes."

As a citizen, there are so many questions yet to be answered regarding this plan, namely "is it true?" and "what would it look like?" But, as a teacher, I'm always wondering - how would this 5G network impact our nation's students?

Like many of our readers, I'm waiting to see what the proposal looks like. Whether it'll be shared beyond the State of the Union Address remains to be seen. 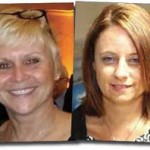 A Sit Down with BadAss Teachers 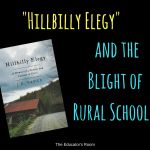 Affirmative Action at the Crossroads: Which Direction will the Supreme Court Go?
« Black History Month and PBL: Ideas for Educators
Grades: Is There a Better Way to Measure Learning? »