"I'm her favorite student!" I've heard that phrase over and over in the eighteen years I've been working around schools and the short seven years of my teaching career. I never deny it, or even acknowledge whether or not it's true.  I usually just smile and nod, yet students still say it.  Since I've heard it a handful of times in the past two weeks, it got me thinking about my attitude in the classroom, because to be perfectly honest, the students that often say that phrase are not necessarily my favorites, in fact, many of them are ones that make me want to run the other direction when I see them coming down the hallway!  So, why do they think that they're my "favorite"?  Maybe because I never tell them otherwise, and because I'd never want them to know that maybe they weren't. Since the school year has just begun, I really wanted to know, what makes students feel accepted? What makes them think they're a "good fit" in my classroom? What makes them think they are my "favorite"?

Treating someone like they are important to the universe and have the chance to make a difference in the world is one way we can help students feel that they are well received in our classroom. Recently I retired from directing a wonderful children's summer theatre program in my community. I had been involved in the program for eleven years, and had directed it for seven.  As a gift to me, one of my stage managers compiled a video asking the theatre kids what their "favorite thing about Mindy was." There were several comments such as, "She smells good," "She doesn't yell like some teachers," and "She smiles a lot." But the comment that struck me the most was, "she treats everyone like they matter."  I'm just going to ask you to sit for a moment and meditate on that statement. "She treats everyone like they matter." My mind can barely comprehend the alternative. Doesn't everyone matter? Why would I not treat them as if they do, when they really do? Obviously someone made that statement because they've experienced the opposite. It blew me away. Let's face it, there are many students that come and go that we perhaps never really "connected" with, but making kids feel like they matter should be the one thing we do, and do well.

No matter how a teacher feels when they walk into their classroom, a level of consistent behavior needs to occur, and that behavior needs to be one of professionalism where we put our emotions aside and push forward with attitudes of belief and high expectations. Johann Wolfgang von Goethe once said, "Treat people as if they were what they ought to be and you help them to become what they are capable of being." By treating people like they actually CAN achieve what task you've set before them, perhaps more students will believe it too. This high level of belief often leads to trust, acceptance and higher levels of achievement which will most likely lead to them feeling accepted and welcomed into your classroom.

"My Teacher Hates Me."

Many of us have had students who have made the statement, "that teacher hates me." Maybe they've even said that about you. I'm know I've had students that felt that way about me. There is no magical cure for "making" students like you. There is no magical cure for students to "feel loved" in your classroom. Certainly we can do everything we can to strive to be a perfect, and yet still fail. Often when a student feels like they are being "picked on" by a teacher, it is because we are trying to push them to a higher level, and that is not always comfortable for them. There are many things you can do to help students feel that you are in their corner while trying to push them harder, one is getting to know them on a more personal level. Make your room more than a center for kicking out high test scores, make it personal. Ask them about their day. Wish them a good one when they leave. When they know you care, they will care about what you know.

Recently I had a student come up to me and say, "I don't have a dad. I haven't seen him since I was three. I only  have a mom."  I responded, "Sometimes all you need is a mom. Sometimes, that's good enough. I'm glad you have a mom." This student at first, seemed dejected. I felt it was a good time to let him know that in my book, he was alright, despite that fact that he had no father. I let him know that I was in his corner. Since he is a new student to me, I hope that this helped him feel less afraid about his classroom performance and more bold to take chances and reach higher levels of success.

Thank you for all that you have done to help children in your profession.  I know all of us can say we had that child that thought the world of us; that thought that they were our "favorite." If you have favorites in your classroom, I hope that you keep it a tight-knit secret...or that all of them think that they're your favorite. It isn't easy to love them all, but when you think about it, they all matter, just as you matter...and the truth is...we all want to matter. By the way, if I haven't mentioned it lately..."You're my favorite!" 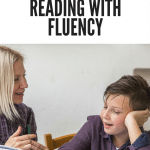 Part II: How Does That Sound? Reading with Fluency 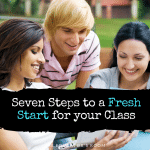 Seven Steps to a Fresh Start for your Class
« Are You Smarter Than a 5th Grader? The Math and Reading Versions
Pulling Back the Curtain: The Realities of Teaching »