The two most powerful learning techniques that I used with my math classes were Think Aloud and Math Talk. I used Think Aloud, which is teacher directed, with the entire class slowly transitioning them into Math Talk for their group work.

I would begin with a problem that many of my students had difficulty solving and I would Think Aloud each step as I showed them how I would get to the final answer. This works best if you actually speak aloud every thought that goes into your solution. Using this procedure allows students to see how to think through a mathematical problem. After a few days, I would move from doing all of the thinking to problems where I would pause and ask for suggestions about the next step. This allowed the students to test their own thinking process before they were on their own in a group.

I found that Math Talk worked best in groups of four. This provided the group with several people who could make suggestions. Groups of four also lessen the chance of one student being isolated during the activity.

I know that many teachers are not fans of group work so I will explain how I made the groups work. I started working with groups out of necessity. I taught eighth graders in a very small classroom and had no choice about the type of desks that I had to work with. Groups of four meant that I could move around the room easily and that we did not have a fire hazard. Because the groups were already in place before I started Math Talk they were used to working without disturbing others.

One of the most important things to do in setting up groups is to give each member a responsibility. Name the jobs whatever you wish but consider having members be responsible for these four activities: someone who gathers all supplies for the group, another who records all work, a checker who makes sure that the final product is correct based on what has been recorded, and finally a student who contacts the teacher when the group has a question.

Group rules are also important. Everyone in the group had to know what was going on at any given time as I had the right to join the group without warning and ask any member to explain what was going on. In order to ask me a question, the entire group had to have the same question. Groups also knew that they had to keep the volume down while working so they didn’t disturb any other groups.

I always chose problems similar to ones that we already solved for the first few Math Talk sessions. If more than one group had the same question I would bring everyone’s attention together to answer it or clarify any misunderstanding. When the groups were comfortable working through these problems together we would move onto the full experience of Math Talk.

The Full Power of Math Talk

At this point students were ready to work on unfamiliar problems. This is when I would add the final step of the process. Each group would have to prepare a visual and an explanation for their solution. I would randomly select one or two groups each day to explain their process. Everyone in the group had to participate in the presentation and share some information. This is where the real power of Math Talk shines. During these presentations students from other groups can ask questions for clarification. It is also a time when the class can see that there is often more than one way to get to the correct answer.

Have you ever used Math Talk in your classroom? How has it worked for you? 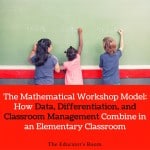 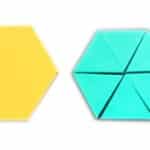 Fractions - Parts of a Whole 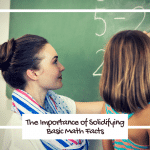