“Patriotic Education” is a Problem

Last week, TheEducatorsRoom hosted a Twitter Chat titled “Is Teaching Political?”  It was a conversation prompted in part by President Trump’s announcement of a commission–The 1776 Commission–to design a “patriotic education” program one month earlier.  At the heart of his plan is an opinion that “left-wing indoctrination in our schools” is destroying the country.  Instead of removing politics from the classroom, President Trump has inserted partisanship.

Just a day after the President’s announcement Ruth Bader Ginsburg died.  This week, RBG’s replacement, Justice Amy Coney Barrett was confirmed by the Senate.  As a social studies educator, I’m dumbfounded.  If I’m teaching government and the constitution’s structure for appointing justices to the Supreme Court, how am I to proceed patriotically?  What’s the patriotic version of Justice Barrett’s confirmation?

The Constitution is quite clear that “[the President] shall nominate, and by and with the Advice and Consent of the Senate, shall appoint… Judges of the Supreme Court.”  It’s a simple, unambiguous passage.  A teacher would easily point to the ways in which power is divided such that the president and Senate must work together.  There is a role for 2 branches of government in managing and staffing the third branch of government. It’s a wonderful process for pupils to know about.

The problem is that social studies educators aren’t teaching kids to recite the Constitution.  We want kids applying knowledge, evaluating texts and authors, and creating their own work.  The idea is to help them use our past to make sense of, and understand, our current situation.  Patriotism is wanting your country to grow and be better.  That doesn’t happen by having students memorize Supreme Court justices.  It happens by asking them to analyze and evaluate like a Supreme Court justice.

Today’s tension surrounding Supreme Court appointments is sparking calls to change the form of the Court itself and sowing division across the country.  Yet, the president’s 1776 Commission asks teachers to ignore upheaval in the name of being patriotic and making the country look good.  Following the 1776 Commission’s model for education doesn’t make teaching patriotic.  It makes it partisan.

Imagine a teacher using the following facts to explain Justice Barrett’s appointment as a model rooted in the Constitution:

Just the facts.  Apolitical.  No bias.

Not a chance.  The fact list above represents only the facts preferred by one political party, that’s partisanship.  This is the problem at the core of the 1776 Commission.  In place of robust, critical thought, it seeks to romanticize US History.  The facts aren’t wrong.  They simply omit all context and history that would be important to analyzing and understanding the current landscape of Supreme Court nominations.

President Trump is afraid of political teachers, but teachers, especially social studies educators, are political.  They have to be.  There is no way to motivate large groups while maintaining order that is not political.  A teacher being political is not the problem.  The problem is a teacher being partisan.   Teachers and leaders entrusted to manage large groups have to be political; it’s part of the process.  Being partisan is a choice.

A political teacher is going to teach students about the values and ideas that are at the core of our democratic institutions.  Political teachers strive to demonstrate good leadership and fairness such that their students, the future leaders of our country, have a model to build on.  Students will decide for themselves how those values and practices will shape their political choices; however, a partisan teacher is going to impose specific values and limited context so that students arrive at a singularly “patriotic” conclusion.

To use the Justice Barrett appointment as an example, a political teacher might include the fact list above, but they’d be more likely to provide students with several resources before challenging them to research the facts for themselves leaving any final conclusion to the students.  Along the way, the political teacher would talk about bias and how it shapes decisions around reporting and governing to help students evaluate the fruits of their research.  The political teacher would use terms like “context, history, and ethics” to help students make sense of Justice Barrett’s appointment process.  In contrast, the partisan teacher talks about  “keeping it simple” and claims to care only about “the facts.”

Politics is about governing, building coalitions, and working with your neighbors, even the ones you don’t like.  Telling teachers to implement “patriotic education” plans is singular, exclusive, and the opposite of politics: it’s partisanship.  And, that’s our problem. 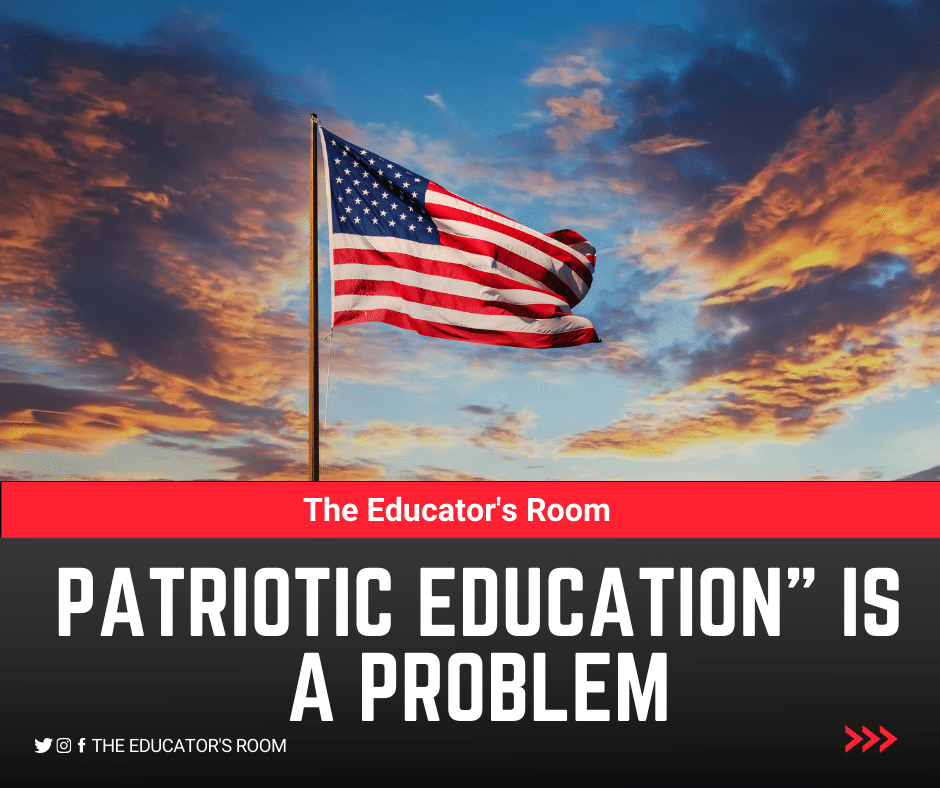 About the Author: Adam Sutton