National Banned Books Week is upon us, and the American Library Association once again reminds us that the Freedom to Read is a right everyone deserves. Most school libraries, especially in high schools, used to celebrate Banned Books Week by making commonly banned books available or displaying them as a reminder. But nowadays, with massive budget cuts, many schools have been left without librarians or even libraries. If there are libraries, students rarely get to spend time there because of all the demanding proscribed classroom curriculum they must get through each day.

But this week is a special week. It’s a week to remind your students – and yourself – why reading is not only important: but reading books that some people think are “dangerous” is even more important. If you have never browsed a list of commonly banned and challenged books, you might be surprised to find some of your favorites, or even some you love reading with your own children or your students. Last year’s list includes:

*  The Bluest Eye, by Toni Morrison

*  The Absolutely True Diary of a Part-Time Indian, by Sherman Alexie

*  The Hunger Games, by Suzanne Collins

*  Looking for Alaska, by John Green

*  The Perks of Being a Wallflower, by Stephen Chbosky

Books that have been frequently banned in the last decade include some classics:

*  Of Mice and Men, by John Steinbeck

*  I Know Why the Caged Bird Sings, by Maya Angelou

* The Adventures of Huckleberry Finn, by Mark Twain

*  Catcher in the Rye, by JD Salinger

*  To Kill a Mockingbird, by Harper Lee

*  Bridge to Terabithia, by Katherin Paterson

*  The Kite Runner, by Khaled Hosseini

*  The Things They Carried, by Tim O’Brien

And in irony of ironies, one of the most commonly banned books of the last decade was Fahrenheit 451, by Ray Bradbury.

I always used Banned Books Week as an opportunity to expose my high school students to not only the books themselves, but to the idea of limiting the freedom to read. I brought in a stack of books from my own collection, enough for one per student (though in my later years in the classroom when student numbers swerved north of 40 students per class, they did have to share). I allowed them to simply look over the books, read the synopsizes, have conversations about ones they’d read and not read. And then when they were wondering why I’d passed all these books around, I would tell them that at some time, in some school or community, somewhere in the United States, these books had been banned. We then would engage in a robust discussion about why people might not want certain books to be available, especially to high school students.

How does limiting sources of information and imagination benefit those who want certain books banned? Could students actually be harmed by certain books in their libraries? We also had many conversations about how banning books in a modern, digital age looks different for new generations of kids.

There is no need to find solutions or set answers to these questions and issues. The idea is to challenge students’ thinking about what kind of information people believe should be withheld.   Those who challenge books in libraries do so because of some deeply held belief that they will somehow damage a young person’s mind – either because of a spattering of bad language, references to sexual relationships, or, most often: political ideas. As educators, we must always be wise about what we expose developing minds to, especially those of us who teacher younger children. But by the time you have 15-18 year olds sitting in your classroom, censorship is a strategy that almost always backfires. Providing guidance, conversation, and open discussions about ideas that are contained in challenged and banned books can only benefit minds that are learning to think critically.

I always ended my Banned Books Discussions with an old-fashioned read aloud time. High School students love to be read to – it is a comforting practice that they have rarely experienced since their elementary days. Being surrounded by others all listening to the same fun story, looking at the pictures, and exclaiming together, is simply a fun way to enjoy the written word. And amidst everything they must deal with in school now, a burst of fun is always welcome. My chosen read aloud book altered between Yertle the Turtle and The Butter Battle Book, by Dr. Seuss. Dr. Seuss is one of the most banned and challenged authors of all time because many adults feel very threatened by the political messages in his books. Allowing high school students not only the opportunity to listen to a book they probably hadn’t read since they were 5 or 6 years old, but to listen to it with new, mature ears is really an amazing experience. Reading a Dr. Seuss banned book leads naturally to discussions of political systems, cold wars, and environmental awareness. That Yertle, he’s not just a beleaguered turtle anymore, he is a proponent of equality and warns about the tyranny of autocracy. How scary to let kids consider ideas like that!

Nowadays, censorship takes many forms and educators must be even more aware and involved in pushing back against that practice. You can challenge censorship in the news by providing your students the opportunity to examine Project Censored's lists of news stories that get censored in the media each year.  Uprise Books provides resources on how to get frequently banned books into the hands of teenage students of poverty.  Underprivileged kids are the most likely victims of censorship - those who most need information in order to gain power in their lives. The most classic way to perpetuate oppression is to remove the ability to read.  I hope that teachers never become part of that oppression.  As Paulo Freire has always reminded us: "The important thing...is for the people to come to feel like masters of their thinking by discussing the thinking and views of the world..."  Participation with the ideas of the world, whether we agree with them or not, is the cornerstone for preserving the freedom and equality education should be about in the first place. 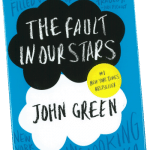 10 Reasons Educators Should Read 'The Fault In Our Stars'