I’ve been hearing teachers rave about Diane Ravitch for a couple years now. As usual, I was a little late getting on the bus. Then I heard an interview with her about the Chicago Teachers Union’s strike last year and I was intrigued. I picked up her new book, Reign of Error: The Hoax of the Privatization Movement and the Danger to America’s Public Schools. I began reading with some trepidation. The cover has that serious and professional look of a book that usually bores me to tears.

I could not have been more wrong. The material is presented in easy to understand language and the data laid out in a clear fashion. That is not to say it was easy to read. Ravitch spends extensive time in each chapter describing what is happening to the profession of teaching and to our public schools. My blood pressure went up frequently as I learned more and more about the attack on my beloved career and our schools.

Reign of Error contains thirty chapters roughly divided into three parts. The first section discusses corporate education “reform” and Ravitch’s concerns about it. She claims the reforms, which began with No Child Left Behind and continued with Race to the Top, are not working. The emphasis on testing, and the tying of teacher evaluations and school ratings to it have forced teachers to teach to the test, a concept that was considered to be unprofessional and unethical in the past. Reformers who remind us of the good old days are recalling a system that was racially divided, was not required to take children with special needs, where nearly all students spoke English, and the high school and college graduation rates were significantly lower.

Fifteen chapters delve deeply into the claims made by corporate reformers. The chapters each begin with a claim and then state the reality of that claim. They provide data to support the reality. Here are a few examples and something I was surprised to learn about each of them.

Claim: Schools will improve if tenure and seniority are abolished
Reality: There is no evidence for this claim.
Surprise: Tenure has been around longer than unions. It was put in place to provide due process, to eliminate firing for speaking out, and provide stability in a female dominated career.

Claim: Charter schools will revolutionize American education by their freedom to innovate and produce dramatically better results.
Reality: Charter schools run the gamut from excellent to awful and are, on average, no more innovative or successful than public schools.
Surprise: Ravitch isn’t anti-charter. She realizes that many charters are community-based, often started by individuals who are trying to escape from the over-scripted and over-tested public schools. She is opposed to those who are taking public dollars, making a profit from funders, and vocalizing unsubstantiated superiority over public schools.

The claim that seems to constantly be in the news is that we are falling behind other nations, Ravitch says this was not true then and it is not true now. She provides data that proves our children who are not affected by poverty are the top in the world in all categories except college graduation. (Korea is highest with a 67% college graduation rate.) This is why there is such a disparity between low-income communities, urban or rural, and higher income zip-codes. Our problems, she says, is not education. It is poverty.

Ravitch continues by dedicating a chapter to each of her suggested solutions to our public education system. I don’t think any of these suggestions would surprise teachers. They are what we know works. Prenatal care, early childhood education, a well-rounded curriculum, small class size, fair teacher evaluations, and well-trained educators are all on the list. She believes charters should be part of the process. Elected school boards are also an essential part of making public schools the best they can be.

Being a retired teacher gives you plenty of opportunities to talk about what is going on in schools today. As I discuss the frustration of teachers with non-educators, I find I am able to use the accessible data presented in Reign of Error to substantiate my concerns. I love shocking people with the facts about the relationship of test scores to income. It gives me the ability to demonstrate my professionalism instead of sounding like the whiner some people think teachers are. I highly recommend this book. It provides excellent support to the cause of The Educators Room: empowering teachers as the experts.
. 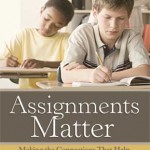 Do your 'Assignments Matter'? A Book Review 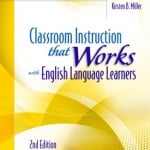 The Advantage of Disadvantage, Part I - Book Review

The Advantage of Disadvantage - Part II - A Book Review
« Teaching with the Courage of Love: Curtis Acosta
4+ Jobs for Teachers Who Leave the Profession (Updated) »