David and Goliath,
By Malcolm Gladwell

Have you ever wondered what makes a person successful? Does it stem from advantage or disadvantage? In my previous article (Part I) we looked at a book written by Malcolm Gladwell called David and Goliath. In Gladwell's book, he challenges the reader to the prevailing sentiment that bigger is always better, advantage is always advantage and disadvantage creates failure.  As we continue onto Part II, consider asking yourself what makes a person successful? It may not be what you think.

According to Gladwell's book, dyslexia is a problem with the way that people hear and manipulate sounds. It affects their processing in reading, especially due to a weak connection of different parts of the brain.  Gladwell argues that oftentimes the dyslexic will learn to rely on more of their other resources to function in a society of reading.  For instance, they may have to lean towards becoming prolific listeners and use various memorization techniques to retain information. He also states that their experience with constant failure tends to build up a resilience of that failure. Where many people will retain a high fear of taking chances, the dyslexic (along with others that have experienced many moments of failure) often feel that they have nothing to lose. Since dyslexia is a definite disadvantage, one may think it would ultimately lead to a lifetime of disadvantage, but actually many successful entrepreneurs are dyslexic.

According to Gladwell, a recent study by Julie Logan at City University of London states that about one third of successful entrepreneurs are dyslexic. This statistic falls happily into the David and Goliath scenario where the myth is challenged that dyslexia is a disadvantage that leads to failure. Gladwell tells the story of a man named Gary Cohn who struggled (violently at times) to graduate from public school. At twenty-two Cohn obtained a job selling aluminum siding. One day Cohn decided that he wanted more out of his life, so he persuaded his boss to let him have the day off to venture down to Wall Street in search of a new career. Noticing that security in one of the buildings was tight, he spotted an executive who worked at a big brokerage firm frantically hailing a cap to their airport. Cohn asked to share a cab with the man (pretending he too was going to the airport) and talked his way into an interview and eventually a job. Cohn knew very little about trading so he got a book called Options as a Strategic Investment and immersed himself into it. On a good day, it would take Cohn six hours to read twenty-two pages, but he buried himself in the book and worked his way through one word at a time. Gladwell draws the connection that his failure in school and struggles with dyslexia didn't stop Cohn from going after what he wanted; that his constant brushes with failure allowed Cohn to take such a daring chance in obtaining his job. "My upbringing allowed me to be comfortable with failure," he said. "The one trait in a lot of dyslexic people I know is that by the time we got out of college, our ability to deal with failure was very highly developed." He, after all, had nothing to lose. Like Gladwell explains so well, that often people will take their disadvantages and use them to rise above their previous limitations.

"Courage is what you earn when you've been through the tough times..."

In our profession as teachers, I feel that we can all glean something from Gladwell's book. Time after time, example after example, Gladwell tells the story of people that had struggled, villages that had struggled, nations that had struggled and became used to failure and rising above adversity.  He argues that it is this struggle that oftentimes leads people to find solutions and take chances.  He makes the case that the disadvantaged in conventional situations will create unconventional means to reach success. He challenges us to see that success comes from all types of backgrounds; that sometimes a disadvantage can become an advantage.  In the world of success, take a look around you, and you just may find that it has been the person that has struggled the most, that has become the most successful.

The Advantage of Disadvantage, Part I - Book Review 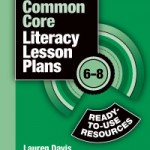 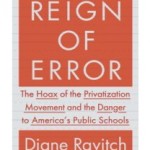