One student, perhaps the brightest I’ve ever taught, approached me after class that day and asked me, bluntly, “Mr. Miller, what do you think of the border wall with Mexico?”

I’ve answered every one of her questions with the same respect and dignity for all perspectives, even if I completely disagree with them. But this is something that’s so absent from the New Political Era, where decorum and dignity have been cast aside so we can rush to those who champion “our side” to help us “speak their mind” to bash the "other team to oblivion," no matter what the cost. When we where we wear our political labels on our front lawns, in our businesses, and on our social media, the "war" has enveloped us. Because, really, “who cares about the other side?”

I do, and all social studies teachers should - but, boy, do the challenges become greater each and every day. Click To Tweet

The recent #MeToo movement has taught this ol' dog a lesson. I learned that the 13- and 14-year-old young ladies I teach will, on average, experience their first sexual harassment this year. Some of them have shared these things with our female teachers, and it’s been a teachable moment for us all, boys included. In an era of sexting, online bullying, Snapchat, and parents’ unfamiliarity with the digital world, this problem seems like it will both persist and deepen.

Social media has also shown us there is often no place to hide for wrongdoers. While teachers are used to being expected to uphold school rules through the entirety of our history's profession, teachers in my area have watched a local Chief of Police attempted to flee his alcohol-related crash scene and another PA state representative pay out $248,000 in “hush money” to a former staffer. It's difficult to hold back on strong opinions on things like these, but we need to ground ourselves in truth and view others' perspectives, even if we disagree with them.

Why? Because truth has become an objective word. In the New Yorker's "Why Facts Don't Change Our Minds," Elizabeth Kolbert shares study after study where people are provided information that agrees with their worldview and refuse to change - and it's a plague affecting all political perspectives. We seek information to affirm rather than inform. Part of that lies with information providers (like national media organizations) themselves. One example of this includes pollster Frank Luntz who compared the bias in USA Today’s headlines the day after the Affordable Care Act (historical day for America!) and the Tax Cuts and Jobs Act (going to balloon our national debt). Another example points directly to the backscratching done on behalf of Fox News and President Trump as they defend one another's every comment and become more and more ignorant in their own trough of self-serving. Both sound like the uncle at the holiday dinner table we wish would just hush up already.

While you won’t find the aforementioned topics in social studies teachers’ lesson plans or on state standards, you will find them in the hearts and minds of our students. Why? Because we are the stewards of American values, both past and present, and the knowledge of the truth. More than that, as the students in Parkland, Florida, have shown us, there are many students ready for action.

In case you’re wondering my answer to the girl’s question on the border wall, it was: “Immigration and border security are very divisive issues for most people, and I see both sides of it. For some, there are people who see the push from others’ homelands and the pull to America, while others want to ensure current immigration laws are upheld without exposing us to security risks.”

“You know, we talk about your politics at lunch,” she said, “and we can’t seem to figure out which side you’re on.”

While outside of class, readers can easily search and find me intensely engaged in the political process, that does not apply to my classroom. In no way do I want to provide anyone the ability to accuse me of brainwashing my students.

I only have one thing to say to this bright young lady: “As it should be.” 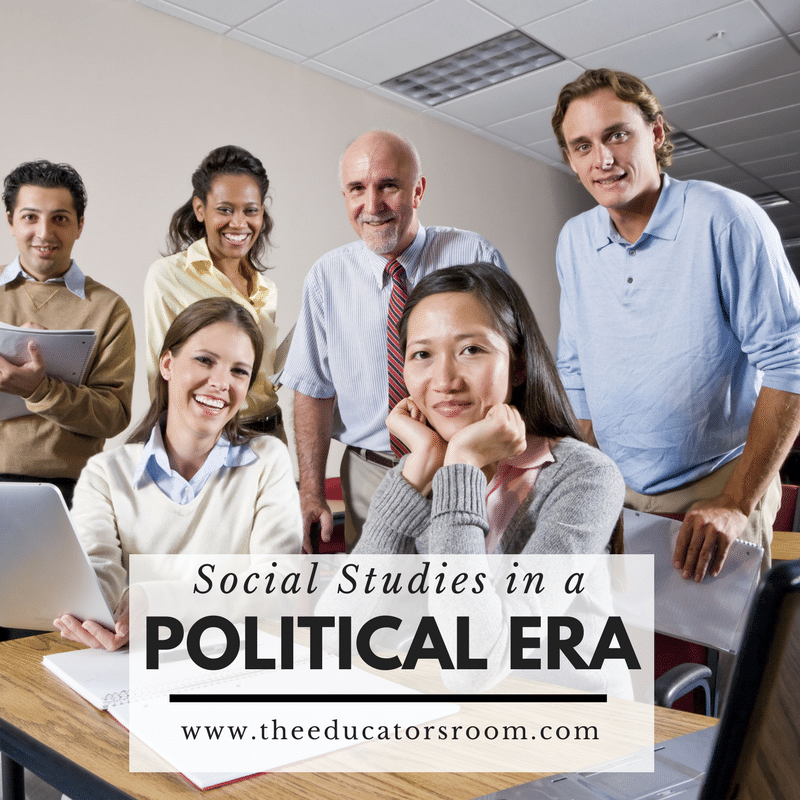 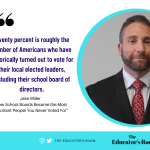