With the American school year still in its infancy, it's worthwhile to note that the people doing the actual educating are down in the dumps. Many feel more beaten down this year than last. Some are walking into their classrooms unsure if this is still the job for them. Their hearts ache with quiet anguish that’s peculiarly theirs. They’ve accumulated invisible scars from years of trying to educate the increasingly hobbled American child effectively enough that his international test scores will rival those of children flourishing in wealthy, socially-advanced Scandinavian nations and even wealthier Asian city-states where tiger moms value education like American parents value fast food and reality TV.

The American child has changed, and not necessarily for the better. Many shrill voices argue that teachers must change, too, by simply working harder. The favored lever for achieving this prescribed augmentation of the American schoolteacher's work ethic is fear, driven by a progressively more precarious employment situation.

Meanwhile, no one is demanding American non-teachers change anything. Michelle Rhee wastes none of her vast supply of indignation on American public policies that leave a quarter of our children in poverty while, not coincidentally, the profits of Rhee’s corporate backers reach new heights. And no one but Paul Tough dares to hint at the obvious-but-politically-incorrect reality that a swelling army of kid-whipped or addiction-addled

American parents have totally abdicated the job of parenting and have raised the white flag when it comes to disciplining their children or teaching them virtues like honesty, hard work, and self-respect. Click To Tweet

Americans have explicitly handed off character education to schoolteachers. Such a practice says a great deal about our nation's expectations of its parents.

The problem with the American student of 2012 isn't as cartoonishly simple as evil unions protecting bad teachers. Nor is it as abstract and intractable as poverty. The problem is as complex, concrete, and confront-able as the squalor and neglect and abuse and addiction that envelope too many American children from the time they step outside the schoolhouse door at 3:30pm until the moment they return for their free breakfast the next morning. Meanwhile, the campaign to understate the impact of devastating home and neighborhood factors on the education of our children has done little more than curtail any urgency to address those factors. "No excuses" hampers the development of a holistic wraparound approach that would foster education by addressing real needs rather than ideological wants, because it holds that such needs are mere pretexts and not actual challenges worthy of confronting.

Like many educators, I’ve smelled on my students the secondhand drugs that fill too many of their homes with bitterness and want. There is sometimes a literal pungency to low academic performance that remedial classes won’t scrub from our kids. But it isn't kosher to declare that any parent is failing. And it isn't okay to note that some families are disasters. So out of courtesy, the liberal says the problem is poverty and the conservative says it's unions.

Deadbeat dads, pushover moms, vulgar celebrities, self-interested politicians, depraved ministers, tax-sheltering CEOs, steroid-injecting athletes, benefit-collecting retirees who vote down school taxes, and yes, incompetent teachers—all take their turns conspiring to neglect the needs of the young in favor of the wants of the old. The line of malefactors stretches out before our children; they take turns dealing them drugs, unhealthy foods, skewed values messages, consumerist pap, emotional and physical and sexual traumas, racist messages of aspersion for their cultures, and countless other strains of vicious disregard. Nevertheless, many pundits and politicians are happy to train their rhetorical fire uniquely on the teachers, and the damnable hive-feast on the souls of our young continues unabated. We’re told not to worry because good teachers will simply overcome this American psychic cannibalism and drag our hurting children across the finish line ahead of the Finnish lions.

Today, teachers across the land dutifully cast their seeds on ever-rockier ground. We were all told that a mind is a terrible thing to waste, and we all became adamant about education; but no one told us not to waste kids’ hearts or weaken their spines or soften their guts, and we long ago abandoned our traditional cultural expectations for children’s formation. I’m not calling for picket fences and Leave it to Beaver; I’m calling for childhoods that aren’t dripping with pain and disenchantment and a huge chasm where there should have been character-building experiences from the age of zero to five. That aren’t marked by an empty space where there should have been a disciplinarian. And a gap where there should have been a rocking chair and a soft lap waiting when the child was hurting. I am referring to missing ingredients that I now recognize as the absolute essentials, things I took for granted when I was too young to realize I had won the parent lottery.

Adults—not merely teachers—have caused these little ones to stumble, but journalists and nonprofits and interloping government experts offer not a hand to the young but rather a cat-of-nine-tails across the backs of their teachers. Injustice for teachers is confused with justice for kids.

"Waiting for 'Superman'" told teachers they were terrible, callous, and incompetent, that only magnanimous charter school operatives could save victimized children from their rapacious clutches.

Condoleezza Rice told teachers they were so ineffective that they were a national security threat.

Chris Christie told teachers that when two or more of them gather, they are thugs. Suddenly, the apple-themed knit sweater is a symbol of American menace rivaling the leather biker jacket.

"Won't Back Down" actors Viola Davis, Maggie Gyllenhall, Ving Rhames, and Holly Hunter used their art to communicate that teachers only want union protections so they can lock poor children in closets and that the only way to protect children from the plague of heartless unionized miscreants mal-educating them across this land is by letting their parents hand over local schools to wholly benevolent charter school operators led by the friendly Mother Teresas behind Parent Revolution.

Teachers learned from Bobby Jindal that public schools are so lousy that Louisiana is better off paying for its children to attend private schools that no state official has ever visited, that teach any curriculum whatsoever, and that is exempt from any accountability mechanisms at all because, you know, the free market will ensure their quality. (Though choice will allow children to vote with their feet by leaving public schools too, you can bet that arcane accountability measures will remain firmly in place for them.)

Eric Hanushek told America that larger class sizes will improve education and, gee-whiz, they’re cheaper too, so why wouldn’t we grow them? Bill Gates seconded the motion.

Barack Obama told teachers he hated teaching to the test, and then he built Race to the Top of Test Mountain.

The educators I've known aren't the goats they’re held up to be. There are certainly goats, and they've made a terrible mess of things. There are indeed Americans doing grievous harm to children; they just don't happen to always be their teachers.

We feel uncomfortable being honest about who they are and what they do (and neglect to do) to devastate these babies. So we usually don't speak out about it. We leave out the damning details because they are unkind.

When it comes to America’s shamefully overflowing crop of ravaged children, trembling pundits, bumbling policy-crafters, and bombastic governors lead us in a chorus in which we either blame their teachers, or we blame something amorphous like poverty, or we blame no one. It is impolite to point at the blood dripping from the hands of well-meaning devastators when they happen to go by names like Mom and Dad.

And so we fix nothing.

The American schoolteacher is exhausted. I am exhausted.

Tom Petty once sang, "Let me up, I've had enough."

Did you like this article? If so, read more articles by John Kuhn here.

The "No Excuses" Parent 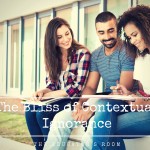 Teachers In Action: From the Classroom to the Convention
« Push In Versus Pull Out Strategies for English Language Learners (ELL)
15 Articles That Will Change Your Teaching! »