Emma-Kate Schaake is in her sixth year of teaching high school English in Washington. She is passionate about educational equity in curriculum design, classroom practices, teacher leadership, and student voice. She's the advisor for her school's social equity club and a district leader in equity professional development. She writes about her ongoing journey to unlearn myopic history, self reflect, and think critically about her role as an educator. She can be found on Instagram @msschaake

I try to teach my students that language has power.

There are many unfortunate classroom moments when teenagers colloquially use words they shouldn’t. Often, after saying something derogatory, students will immediately look at me and explain.

Most of the time, I do know what they meant. But, I recognize that using loaded words colloquially, normalizes their harm.

I want my students to understand the impact of their words, regardless of their intent. So, pretty quickly, they learn what’s not okay to say in our classroom. I remind white students they do not have permission to say the n-word (no, not even the soft r variety). I correct sexist language girls use to hold each other back and I insist that someone’s sexuality is never a joke.

After watching the first “presidential” debate, it’s clear that the absence of language also has power. What’s in between the lines, unsaid, or refused is perhaps even more important than what is said.

Of course, the debaters said plenty, mostly yelling over one another and reminding viewers of the chaos of today's highest office. But, the most glaring moment of the debate for me Chris Wallace asked Trump if he would condemn white supremacists.

It was a softball, an easy A. He essentially set him up with a sentence stem, as I do with students who need examples to start their writing.

Esperanza’s identity is shaped by_____ because____

“Are you willing tonight to condemn white supremacists and militia groups and to say that they need to stand down and not add to the violence or the number of these cities as we saw in Kenosha, and as we've seen in Portland?"

Yes, white supremacists are bad because______

All Trump had to say was “yes.” Of course, I think he should go infinite steps further, but I know he won’t. Many in his base are card-carrying white supremacists and plenty more are ignorantly “color blind.” Trump has done nothing but stoke racial hatred and violence with gruesome authority. So at this point, I won’t expect anything different.

None of this is new, but what happens to our students who see this man actively support hate, even with the stakes of the election right around the corner?

If they’re white, do they feel pride? Do they feel supreme? Frightening groups like the Proud Boys certainly do.

The current president believes that the Critical Race Theory is dangerous to white people, and our history should be painted with a distorted, nationalistic brush. Click To Tweet

The current president believes that the Critical Race Theory is dangerous to white people, and our history should be painted with a distorted, nationalistic brush.

So, of course, he won’t condemn white supremacy, but education was also notably absent from the debate. Our educational system has been completely upended by COVID-19 and teachers, parents, and students are scrambling to make this mess work.

The only time education was mentioned was when Trump said schools should be open, which falls right in line with Devos's pseudo “policy” in place of an actual plan. Trump has continued to prioritize his surface understanding of the economy, rather than our lives.

Biden at least mentioned education and injustice, though it barely registered through the static of the already infamous, “Will you shut up, man?”

I didn’t expect much from the debate, but after watching, I just feel hopeless.

I'm worried about my students who are drowning in online learning.

The fate of our democracy hangs in the balance of a political Supreme Court appointment and the election, so I'm scared.

I’m an English teacher and I believe in the power of language, but I am simply out of words. 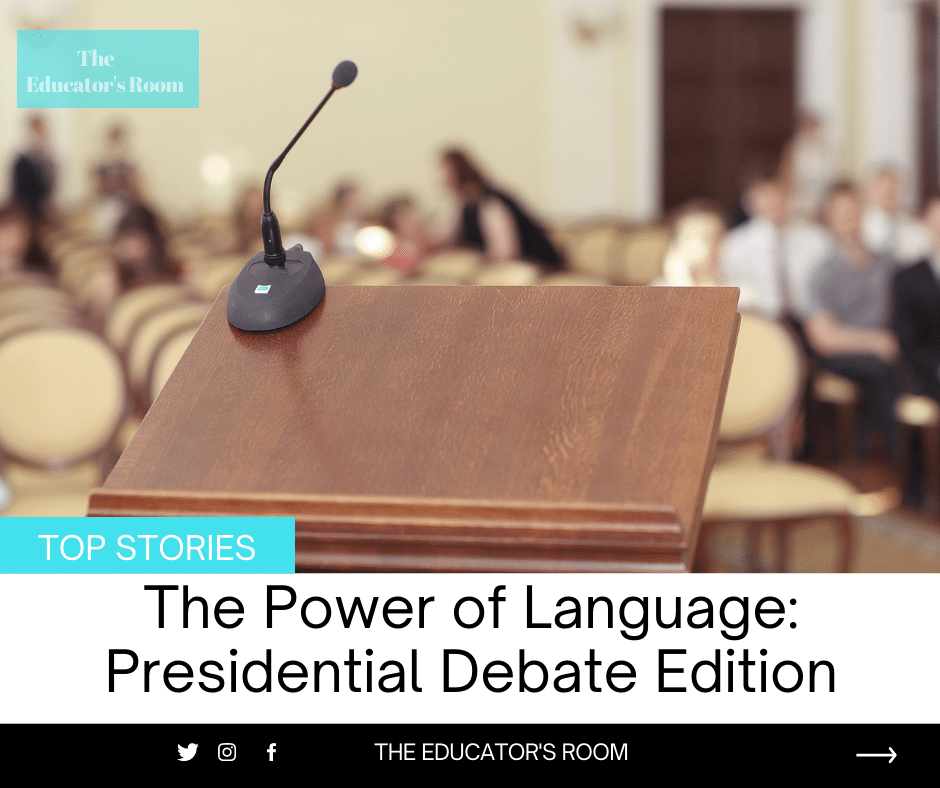 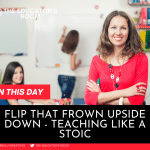 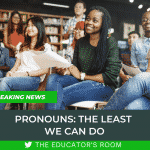 Pronouns: The Least We Can Do for Students Who Identify As Transgender or Non-Binary
« Teaching with Integrity: “Politics” in English Class.
The Importance of Feedback in Distance Learning »