Waging a More Civil War on Our Campuses

In my second year of teaching,  I made the mistake of reading a book about a boy who was secretly a wizard to my class. The next afternoon, I found the back of my head scraping the bulletin board as a mother screamed, cursing me and Satan while dragging her nails across my face in front of my students hiding under their desks.

As if time has stood still, this morning I awoke to find that a man, complete with zip-ties and an entourage of his like-minded friends, stormed a principal’s office after she committed--in his view--the crime of masking and isolating his child after being exposed to COVID-19. Similar events have been occurring with more regularity as of late and the news stories of teachers being far from teacherly haven’t been in short supply either.

As a parent myself, I know that nothing brings out my crazy like a perceived or otherwise real harm to my child. And even in the case of the mother whose nail has still left a permanent scar on my face, I understood then and understand now that her parent's wishes and rights are not mines to supersede in a public school classroom. I also know that she had no right to do what she did. And after this morning, I am wondering how situations, where there are fundamental disagreements in our schools, could be different.

At the risk of sounding like a cock-eyed optimist: Can’t they be?

After all, schools are not war zones. They are not battlefields.

Yet, what happened in Arizona is only one incident of many that has happened and will happen this year. While parents stand outside school gates, which to them feel like detention barriers, they wonder what is going on inside them so much so that some are even calling for video cameras placed in classrooms.  And as much as I dread having every move I make monitored while on the clock, I honestly can’t blame them for the year we have all had. Sometimes we need to hold signs. Sometimes we need to march. Sometimes our voice isn’t loud enough unless we’re in a crowd of people shouting the same thing.

But whether or not we decide soon that teachers should have guns on their hips or video cameras mounted to their chests, whether we decide that we should teach critical race theory, or stick with the usual historical regulars, whether or not we reject masks or mandate vaccines--I am certain of one thing: Our ideological clashes will happen with more regularity as our ideological wars are waged in front of the children we both love and teach.

Because parents will never stop caring about the safety and well-being of their children, and teachers will never be able to escape the reality of maintaining order, safety, fairness, and rigor in their daily routines. And both of these views seem to be a freight train of inevitability spurred by many factors, headed directly at our schools, like it or not.

This is where the educational rubber meets the road.

And so as someone who knows both how the policy is implemented in our classroom, and how schools are structured to either serve or not serve their families, as someone who both believes Harry Potter is not a book to be banned, but who also respects a parent’s wish to have their child opt-out of the reading of it, I’d like to offer several ways for parents, and teachers too, to continue to wage their ideological wars, without resorting to the use of zip-ties.

As I wrote about recently, a school, both public and charter, is beholden in many ways to its Site Governance Team and its School Site Council. Both meet monthly and are voting bodies that create and maintain school site plans or categorical funds. Importantly, the SGT and SSC are places that both parents and teachers have equal representation, where both can talk professionally using Robert’s Rules of Order. It’s a place where YOU can have a direct impact on what happens in the school environment. In my view, it’s a far better use of time than screaming through a gate, diatribing on social media, or venting to your loved ones about angry parents.

Speak Up and Listen Up Too

In order to wage a war of ideas, we need to understand what it is we are upset about, and why it is a problem in the first place. Ella Flagg Young, a teacher activist in the late 1800s, once said that much of our educational issues between teachers and parents often arises because much of what happens day in and day out in school isn’t understood by, nor made clear to parents by staff. Has anything really changed since then? Meanwhile, parents often send children to school without a staff that they can identify with. Mix all that together, add a pandemic, social media, and some political discord, and you’ve got a recipe for disagreement.

But there is a solution. Schools and districts are mandated by law to make things known to parents and to receive their input too. These often happen in meetings that feel to be blunt-boring. Nevertheless, understanding the operations of a school and its district isn’t always as exciting as an action movie. That means that in order for us to talk to one another both parents and teachers must-attend events where we can communicate with one another. Sadly, in my experience I often see parents in attendance at some meetings, but not staff. In others, I see staff, but not parents. And that’s a shame because one thing I’ve learned as a teacher and parent at my school site is that sometimes, not always but sometimes,  teachers feel the same way as parents do, but without the other, we feel unable to change things ourselves.

We must put pressure collectively on school leaders together to bring both sets of the educational partnership together, even if we disagree on what we will say there, and we must also show up ourselves-even if it’s less than fun for us to do so.

You may be tempted to believe that social media has the power to transform education through a sort of collective pressure. But sadly, this does not appear to be the case. In fact, there is so much fake, negative and inaccurate educational rhetoric flowing around the internet that you’d likely be better off not looking at any of it.

More importantly though, if you see social media as your outlet to vent frustrations, you are missing something important. School board members, state senators, assemblymembers that represent your neighborhood, and other leaders who both create educational bills and vote on budgets in the state legislature are listening! I know, because I work alongside many of them, and what gets sent to their offices in the form of letters still matters greatly. In fact, in all of the meetings I have had with state leaders in the last few years, never once has one mentioned something they saw on Instagram.

What they’ve read in a constituent’s letter?

Change School Policy by Choosing A Different School For Your Child

Schools have had and still do have one major Achilles Heel post-pandemic: attendance. Funding is and always will be tied to students present at their school. No matter how you feel about it, one thing that No Child Left Behind changed forever was the opportunity for parents to make choices about where their children would go to school, especially in large cities. Never forget that as a parent, you can remove your children from a school when you do not feel it has your best interests at heart, or which is not listening to your voice.

A school that is losing enrollment will eventually be forced to listen.

As a teacher, I only hope that you share why you left with the school and district administration so that the school can change for the better as a result.

The history of education in the United States has been fraught with controversy and there is no shortage of literature detailing the wars fought over what gets educated in our schools, how it gets taught, and to whom. Post-pandemic, it is obvious that these wars will not just continue, but may become even larger in scope. If this teacher’s wish comes true, then it may even lead to real and lasting change especially for the most marginalized students and the families that love them. Who knows, maybe you’ll see me on a picket line soon myself.

But I hope that post-pandemic you’ll join me sans zip-ties for the day in and day out the business of waging a more civil war on our campuses, even when we disagree. Let’s fight fair, speak up, listen, write letters, and fact-find whether we are in agreement or not. After all, didn’t we learn how to do all that in school in the first place? 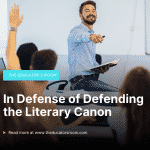 In Defense of Defending the Literary Canon 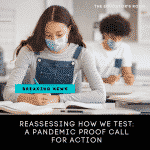 Reassessing How We Test: A Pandemic Proof Call for Action 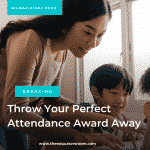