The Educator's Room Book Review:
“How Children Succeed: Grit, Curiosity, and the Hidden Power of Character,” by Paul Tough

Paul Tough has re-entered the education discussion with How Children Succeed: Grit, Curiosity, and the Hidden Power of Character as a fresh voice in the discussion about student achievement.  For us teachers, this discussion can be fraught with the frustrations of high stakes testing and negative characterizations of teacher quality.  But this book chooses an entirely new direction, and from a teacher’s perspective, it’s very refreshing.  In How Children Succeed, Tough combines moving vignettes of schools, teachers and students with a swath of contemporary research that demonstrates there is a hidden aspect to student success not addressed by today’s obsession with testing- character.

Tough begins by challenging the widely held belief that purely cognitive ability predicts success.  As most teachers who work in high poverty areas know, environmental factors are heavy indicators for children’s futures.  What this book explores is the possibilities available through adjusting a child’s non-cognitive abilities and how those changes may have far more success in securing a child’s achievement later in life than purely cognitive methods.  The very beginning of a child’s life, of course, is the most formative, where attachment can make all the difference.  Tough explores new avenues of research on using rewards, delayed gratification, and how different character attributes have significant influence on a student’s success in school.

In fact, research indicates that straight IQ is not the best indicator of that student’s abilities or potential.  There are other factors that may indeed be more powerful, especially during adolescence.  Tough lists some of those factors (which can sometimes sound nebulous) as traits such as motivation, self-control, conscientiousness, gratitude, “zest,” and “grit.”  The key is not that children must innately posses these qualities, but rather, Tough argues, these are the very traits that can be learned to help them better their academic circumstances and futures. These parts of character are “a set of abilities or strengths that are very much changeable – entirely malleable, in fact.  They are skills you can learn; they are skills you can practice; and they are skills you can teach.”  And in fact, these skills can lead to higher academic success.

Most of us have worked in schools or districts that have attempted to establish “character programs” like the popular Positive Behavior Support (PBS) system that has swept the education establishment.  But this isn’t what Tough is talking about.  The kind of character he believes creates successful students isn’t the performance-based character that we may be used to in our schools (like rewarding a student with a prize if they are caught NOT cussing in the halls), but rather it is about a state of mindfulness: students internalizing character.  He profiles various teachers who invest themselves into teaching students how to think through challenges: to apply self-control or grit in order to give them that boost they need to believe they can accomplish what they had set out to do, whether it’s win a chess tournament or get into college.

Tough acknowledges that students are deeply affected by their backgrounds.  In the style of Jonathan Kozol, Tough spent time in several schools, particularly in New York and Chicago.  He met and got to know students from some of the most economically challenged neighborhoods and students from some of the most privileged.  His goal: to show how character develops in different ways and how students can learn character.  The development of these traits in turn enhances the student’s cognitive functions.  The inequality in our schools is a deep and complex problem, but it is not necessarily determinative of a student’s success if there are interventions for them early on.   Of course, parenting is foremost in establishing and teaching these traits in children.  But Tough found that both children of poverty and children of privilege may experience a deficit from their parents.  While children who come from poverty may suffer from lack of attachment, privileged children may receive too much of it.  So much so in the latter case, that they are shielded by their “helicopter parents” from any kind of risk and so never build the kind of character needed to tackle difficult problems.

One issue that haunts the so-called “reform” movement currently sweeping the nation’s schools is that we still have difficulty defining what true academic success would look like.  In terms of college, Tough notes that the United States has fallen in the amount of people 25 to 34 years old who are college graduates from first in the world to twelfth.  “Over the past few years, it has become clear that the United States does not so much have a problem of limited and unequal college access; it has a problem of limited and unequal college completion.”  The main reason for this, Tough concludes, is that the system we have established in middle and high school is in no way related to training students how to navigate academic or professional challenges for themselves once they are outside the system.

The fact of the matter is, a significant portion of American students won’t get training in character at home.  Whether they come from privilege or struggle, the primary place a child will receive training in building true, mindful character is in school.  However, our public school system was established to process through students who would graduate as good workers in an industrial society, not as thinkers or analyzers.  The system was not designed to prepare students for college, “but for the workplace, where at the time ’critical thinking and problem-solving abilities were not highly valued” (quoting researcher Melissa Roderick).  Unfortunately, the recent high-stakes test based reforms continue to limit the scope of what we expect from students instead of broadening our education system to train students to think deeply or critically or develop their own internal motivation to persevere or achieve.

In fact, Tough notes that it is nearly impossible for a student to make the transition from the traditional American school system to college without the help of a highly effective teacher. He notes that in increasingly successful programs, teachers are able to stick with the same students through two or three years and help them prepare for college.  Students learn to prepare not just by writing essays or taking tests, but by learning how to strategize which college would best fit them, by thinking through how they can pursue various scholarships, and figuring out how to solve problems as they encounter them.  A teacher able to train his or her students in qualities such as resourcefulness, self-reliance, resilience, ambition, and professionalism is what creates true success.

It is a wonderful thought for most of us teachers: an education world where we can invest our curriculum planning, classroom time, and assessments into building these highly effective people who will enter the world prepared to deal with whatever they encounter.  It is what, most of us believe, education should be about.  Unfortunately, today most American public school teachers are struggling to survive their exhaustion in massively overcrowded classrooms, with a lack of resources and curriculum time taken over by test preparation.  Tough’s solid, research-based writing is affirming and encouraging for truly dedicated teachers, and it offers a vision of what our schools could be for students.  No matter their beginnings, young people can learn strength of character and can get smarter.  As a result, they will believe in themselves and go on to be effective human beings.  Now, we just have to convince the politicians with the purse strings to pursue this vision too.

Disclaimer: This book was provided to The Educator's Room free of charge by the publisher.  However, neither The Educator's Room nor the reviewer received any compensation for this review.  The opinions contained in this review are those of the reviewer alone and were written free of any obligation or agreement with the publisher.  If you have any questions regarding book reviews, see our full disclaimer or contact the Book Review Editor. 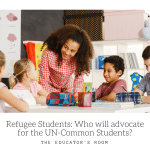 Refugee Students: Who will advocate for the UN-Common students who got Left Behind during the Race to the Top? 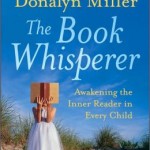 "White Hat" and "Black Hat" Reformers
« Jeannine J.: Our Stellar Educator of the Week!
12th-Grade Inquiry Papers on the Topic of Heroes and Monsters »