"Give me your phone now!" I demanded to the Lisette* as I attempted to quiet my noisy class after the first-period bell stopped ringing.  Glaring at me over the rim of her glasses, Lisette* emphatically replied, "No". Frustrated, I hit the buzzer to our discipline office. The other kids quieted down to witness the showdown- anything to keep them from analyzing a passage from "The Odyssey". I quickly unfolded my arms and waited- that girl could not stay if she did not follow my classroom. She had to GO.

After what seemed like an eternity, the speaker crackled with our secretary's voice. "Ms. Warren, how can we help you?"  Glaring at the student I said, "Lisette*, refuses to give up her phone. Please have someone come and get her NOW!" Lisette* made a sound through her teeth and rolled her eyes in response. "I don't give a damn!" she seethed through her closed teeth. As I waited for someone to come, I decided to not even look in her direction, but I could feel her eyes on my back as I quieted the other students on their opening activity. Almost five minutes later, our In-School Suspension came to the door and motioned for Lisette* to come with him. She slowly got up but not before she gave me a nasty look. Ten minutes into class and I could finally teach.

That situation was one of many during my first five years of teaching when I fought the battle with students about electronic devices. Every encounter that I had with students over devices was literally a battle of who (usually me) could hold the "death stare" the longest and hardest. Students sometimes gave me their cell phones with no resistance, while other times I would have to call the office for assistance. It was not until my fifth year of teaching that I had an epiphany about technology. It started after I went to numerous training opportunities and witnessed teacher after teacher on their electronics while the speaker was talking. Even in our building faculty meetings, I would see teachers totally unengaged in what was going on, but into their phones, iPads, tablets instead. How could we get upset with students about electronic devices when we (teachers) did not follow proper etiquette while using them?

This led me to more questions about students and their behavior.

Was th student who refused to give a teacher their cell phone when asked disrespectful? Why did I assume that cell phones didn't belong in my classroom? Why was I the judge and jury in my classroom? What if my principal demanded I gave "up" my cell phone when I checked my email during faculty meeting? Or to go a step further and ban me from using any electronic device when I was in meetings? If we wanted students to be global citizens why didn't we treat them like that in high school classrooms regarding technology?

All of these were questions that made me revisit how I handled discipline and electronics in my class over the next 10 years. Even though I've left the classroom, I was reminded of the disastrous consequences by watching the video posted online with the South Carolina Deputy, Ben Fields and the female student in the class. After watching the video, I was disturbed that something so small (a refusal to leave the class) would result in being dragged to the ground and assaulted in a place you are supposed to feel safe.

Which led me to the ultimate question of this whole ordeal- was the loss of instructional time worth having this child dragged out of class and handcuffed? While this question will have varying answers, one thing is apparent. We (the school community) must be able to de-escalate situations that can become violent so quickly by using the following strategies that first form relationships with our students.

1. Brainstorm ways to incorporate electronic devices in the classroom so that they are not looked at as hindrances, but are used to supplement learning. In my classes, I allowed students to use their electronic devices as long as it was for instructional purposes. This included listening to audio books, scanning the internet for research and a combination of other purposes. We live in the 21st century and if we will not embrace technology, we are hurting the chance to engage all students.

Those that argue that school is not the place for electronics have obviously not attended a faculty meeting and/or professional learning with teachers. Most teachers use their iPads, tablets, and cell phones for purposes that usually have nothing to do with the what we are being charged to learn. We use them because we are not engaged at the moment.

2.Have clear procedures for the use of electronic devices in class. I've  had teachers use old book holders for students to "drop" their properly labeled phone in at the beginning of class in order for them to be counted present. I have also witnessed teachers, use electronic devices as a way to play educational games (Kahoot) that turn their devices into learning tools. As we already know kids need structure especially when using electronic devices.

3. Address all non-violent confrontations after class or when the kids are silently working. Even though I "won" the above confrontation with Lisette, it never felt good about attempting to dominate a student over behavior that wasn't a "deal breaker". I learned that a much better strategy for a student who I had an issue with was to wait until after the kids in the classroom were working and then leverage my relationship with the student to get the student to behave. After I became a master teacher, I learned that a lot of confrontations could be totally avoided if I attempted to forge a student-teacher relationship with each one of my students or identified who they had relationships within the school.

4.If a student is being aggressive, take the other kids to another class and call for help from the office so that other kids don't have to witness anything that makes them feel like victims. I once had an emotional behavior disorder (EBD) student in my class who whenever he got upset would throw tables and desks. Before class, I usually met all the students at the door and gauged their demeanors and gave them words of encouragement. For this student, he knew that if he started to feel angry, he could sign out of my room and go to the bathroom to cool down. To protect other students, as soon as he left the room I always "buzzed" the discipline office to check on him.

The above strategies helped me in my work in schools in Memphis and Atlanta, but I recognize that every student is different and some won't respond. On our Facebook page, there were teachers applauding the efforts of the officer, but are we willing to contribute to the school to prison pipeline over something as trivial as not handing over a cell phone or chewing a piece of gum? Would we want our principal to have us arrested because we refused to give up our electronic device or document they asked for?

In this case, there has been a gross difference in how the media, teachers, and onlookers have treated this case compared to the Texas boy, Jeff Bliss, who berated his teacher over what he perceived was "nonteaching" going on. Bliss was interviewed by the media, applauded for his efforts and basically hailed as a hero. Are we that biased when we discuss situations with students? If so, then many of us don't deserve to teach students and should admit that there are other reasons they are glad that this child was assaulted. As teachers, we have to realize that schools are microcosms that of the communities that they serve. Kids come to them angry, sad, orphaned and affected about all of the ills of the world. While this doesn't excuse bad behavior, it does explain when a child is reluctant to do what we say.  Even in my role as a teacher, I first consider myself an activist for children while they are in school. So while I'm actively fighting unnecessary testing and policies, there's no way I can ignore incidents like this and say, "Well she should have listened."

Listen to our podcast on this incident at Spring Valley High School. 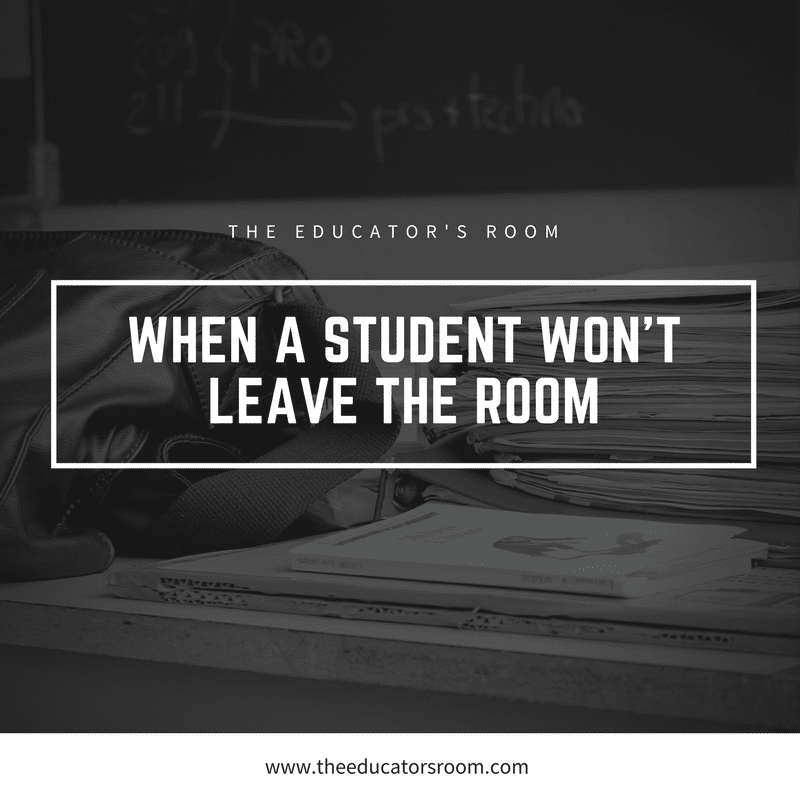 Taking the Anxiety Out of Student Placement in Special Education
« "I'm an N": Building Reading Identities in a Leveled Text Classroom
Jumping into the Deep End: Creating Excitement in Learning »