Every time  teachers are bombarded by a new instruction initiative by our principal, district office or state leaders it's generally meet with an eye roll, a deep sigh accompanied by us muttering,"I'm already doing this in my classroom."  Then we continue to do what we've always done--teach to the standards of our state. Teachers are expected to teach all the standards to all thirty of the children in our classroom despite the varying levels in our classrooms. For years teachers have had to forgo teaching what we know our students need to be "on grade level" and instead cram to get all the standards in by the end of the year. This usually leads us to being overworked, overstressed, and under-appreciated and ready to throw the curriculum against the wall by December.

So what can help us? Apparently common core is about to restore teaching to its "Golden Age". A time when teachers could stop and spend time on a lesson until students actually "master" the standard instead of moving on because we have to cover a set amount of standards.

Last fall when I first heard the words "common core standards" I (of course) rolled my eyes because I was jaded that this would be another feeble attempt to improve student achievement. However, once I began to do further research on this bi-partisan reform I became energized at the possibility that for once in our education system, all children would be expected to learn the same standards--despite the location of the school.

According to the Achieve website, in 2009 48 states, 2 territories and the District of Columbia signed a memorandum of agreement with the National Governors Association and Council of Chief State School officers, committing to a state-led process-the Common Core Standards Initiative.

A fundamental change is about to come to the way children are educated in our country.

When I was invited to attend the GE Foundation of Education Conference about Common Core this summer, I jumped at the chance to learn EVERYTHING about a set of standards that was about to hit my state this year. After five days of interactive workshops, dynamic speakers and work sessions to "hash out" implementation in my state, I can honestly say this was the BEST conference I had ever attended in my 10 years in education.

As a teacher, I was finally given not only the information but the TOOLS to understand (and implement) the common core standards in my classroom. I finally realized that the Common Core Standards is a movement to equalize education for all students, regardless of socioeconomic status. No longer will kids transfer schools districts and be introduced to a totally new curriculum and ultimately fail due to what their previous school did NOT teach. No longer will teachers be forced to cram standards to kids who are not ready but will be given the autonomy to teach in-depth, topics that kids need to fully understand before moving to the next level!

Creativity in teaching is back!

As I sat in the numerous workshops and speakers I thought about the 5 things every teacher needs to know about the Common Core Standards to get them started this school year:

1. The Common Core standards allow teachers to go in-depth in teaching an understanding of standards instead of attempting to teach standards that kids are not ready for. I can remember seeing my son in 1st grade being asked to learn what parts of the sentence were and bringing home math homework that had algebra in it! He'd barely mastered the concepts of numbers and reading but he was being asked to do something even more advanced. All this did was confuse him and made me spend countless hours at home building his base knowledge.

2. In the Literacy Common Core Standards, there is a focus on text complexity, academic vocabulary and non -fiction literature to better prepare students for college and career-ready. I've always hated that kids love to read fiction but when it comes to non-fiction many of them "shut down"; therefore, performing poorly on the ACT or SAT exams. Focusing on nonfiction from k-12 will give children the tools to be able to read these texts independently and make them more career-ready. For example, if you're an electrician you don't read novels about how to fix lighting--you read non-fiction manuals full of complex vocabulary and texts that you must understand to do your job correctly!

3. The Math Common Core Standards really ask for fluency, a deep understanding, and application of skills instead of always asking kids to "be right" and "finish first". As a teacher I often see kids go through Math standards without grasping the ultimate concept of numeracy. These math standards will focus on giving kids the foundation for understanding concepts without trying to master standards they are not ready for--yet. If a child is going to school to become a Mathematician what is more important knowing the right answer or explaining how to get the correct answer? With the common core, students will have to show their understanding over an amount of time.

4.  To align what assessments will look like, 24 states have joined together to create assessments for grades k-12 aligned to the Common Core Standards through the Partnership for the Assessment of Readiness for College and Careers. These assessments will give the education world an accurate baseline to what our students have (and have not) mastered. Most current secondary state assessments test on an 8th-10th grade level--that's one reason why students have a hard time surviving in college. The tests will have performance tasks on them and will ask higher-order questioning-- giving us teachers (and parents) an accurate portrayal of what our kids actually know.

5. Teachers can not fully implement EVERYTHING in one day in dealing with Common Core Standards. This movement will take time, fidelity and maybe a little failure. However, the key is for us to take our time and implement everything with fidelity.

In the end, Common Core is not only important for educators but for parents and communities because it will help build a generation of students who are better prepared for a global economy. Are you ready to implement these standards or are you completely lost in what comes next?

Here at The Educator's Room, we will be dedicating a monthly article to the whole process of implementing common core in classrooms across America. If you're interested in being featured please contact us at info@theeducatorsroom.com! 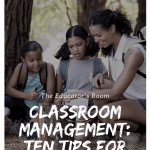 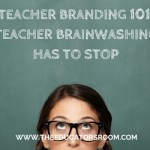