In tonight's episode of Abbott Elementary, we learned the lesson that all teachers now- schools are underfunded, and wishlists have the ability to make teachers REALLY happy.

Inspired by a TikTok (ish) teacher making a video about what their classrooms need, Janine (the determined new teacher) decides to enlist the help of her colleagues to make an online help from the public. To her dismay, both veteran disillusioned teachers, Ms. Barbara and Ms. Melissa, want no parts and 'make do with what they have. Meanwhile, Gregory (a.k.a. the self-described 'temporary teacher') isn't game either as he's literally just there until his next gig comes available. Dismayed with their responses, she catches Ava (the principal who does nothing) making TikTok videos in her office and enlists her help.

If it's any indication of what's to come, Ava wants total creative control, and just like most new teachers, Janine agrees. Nothing can go wrong, right?

Much to Janine's delight, her video BLOWS UP, and she gets everything she needs, but as she walks past Barbara's classroom, she sees just how much she doesn't have and enlists Ava to make a video for her- despite Barbara saying she doesn't need any help.

While all of this is going on, Gregory feels bad that his classroom walls are bare, goes to the local supply store, and buys those cheesy inspirational quotes in hopes of feeling like a teacher. And Jacob is determined to rehab an old printer that a community member brought in that smokes, has no wires and doesn't work- that he insists is not junk.

To their dismay (and delight), Barbara's video blows up but not in a good way. The video isn't cute is reminiscent of one of those videos about people who abuse animals, and as Janine calls it, the "gross and emotionally negligent" video she's ever seen. Barbara starts to get boxes, and right when Ava and Janine think Barbara will never know, a group of phone-wielding "do-gooders" invades the schools to video Barbara opening her gifts.

The result of all of this foolishness? Barbara finds out. Gregory takes down all of his store-bought posters and decorates his classroom with the art his kids have made him. Jacob admits the printer is junk and gives in to Mr. Johnson and dumps it. Janine feels great that Barbara got her supplies but feels bad that she made the students feel less than. Also, we know that Janine has to dump her rapper wannabe boyfriend at some point, and maybe her new work boyfriend will be Gregory- or at least we hope!

The lesson in all of this? Teachers need more resources, and Teacher TikTok can be great and get you in trouble.

In the words of Ms. Barbara to Janine, "your hyperactive heart was in the right place!" 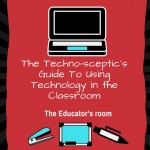 The Techno-Sceptic’s Guide To Using Technology in the Classroom 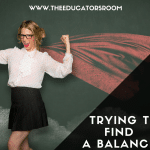 Trying to Find a Balance 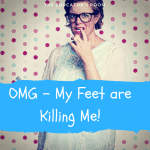 OMG - My Feet are Killing Me! Back to the Classroom 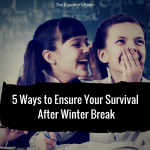 5 Ways to Ensure Your Survival After Winter Break
« "This Book Saves Lives!" Why You Should Teach The Stars Beneath Our Feet.
Communication – Simple, Respectful, Can Be the Achilles Heel for Special Needs Parents »