Whether you live in the Washington, DC metro area or are visiting as a tourist from far away, the United States Holocaust Memorial Museum should be at the top of your itinerary. Located just off the National Mall at Independence and 14th Streets, the United States Holocaust Memorial Museum (USHMM) tells the compelling story of how European Jews came under German occupation, were classified and rounded up, how six million were exterminated in the Nazi death camps and extermination centers, and how many were hidden by “righteous gentiles” and survived the most horrific example of genocide in human history. The museum itself is a national treasure and a valuable resource for teachers of social studies, language arts, and humanities. While a visit to Washington, DC may not be possible or practical for teachers around the United States and around the world, its website (http://www.ushmm.org) can be used to communicate the museum’s content.

Tickets to the permanent exhibit are free, but they are given out at the museum entrance for a specific tour time, so you must plan your visit accordingly. Tickets can be purchased online for a nominal service charge. Once inside, visitors are given an identity card containing the story and fate of one victim or survivor. Visitors are brought by elevator to the top floor, where they are met with startling photographs of what the Allied liberators saw when they found the camps in April, 1945. From there, visitors begin their journey through the history of the Holocaust in multimedia format, starting with Hitler’s rise to power to the occupation of Europe on the first floor.

The permanent exhibit is beautifully arranged and tastefully displayed, which, given the content, is no easy task. The experiences of children captive in the Jewish ghettos such as the most infamous, the Warsaw Ghetto, are told through drawing and toys that were recovered from those places. The genocidal process carried out by the Nazi killing factories, such as the most notorious extermination camp, Auschwitz-Birkenau, is illustrated by sculptures and figurines as well as by photographs and motion pictures. Content too disturbing for young students or for those who may feel the images are too graphic is hidden behind walls that force the viewer to make a decision whether or not the content should be viewed. Video of mass executions, medical experiments, and disposal of bodies in the crematoria of extermination camps are included in these secluded viewing areas. Throughout the length of the permanent exhibit, short videos are scattered in small theaters and viewing booths with listening mechanisms for the visitor who wants to be educated about such topics as Nazi propaganda or the American response to the Holocaust.

The permanent exhibit is graphic in nature and recommended for children over the age of 12. For those who are younger, there is an exhibit known as “Daniel’s Story,” which is a composite of the experiences of children during the Nazi occupation and years of genocide against the Jews in Europe. Those interested in doing research into the Holocaust and modern genocide can visit the Wexner Learning Center, which includes the Benjamin Meed Registry of Holocaust Survivors. Family members can bring up the names of survivors on computer screens to see where they lived and survived.

The Holocaust Museum is an incredible resource for those interested in history and in social justice. The museum not only tells the story of the Jewish experience of survival through the Holocaust of World War II, but also acts as a beacon against genocide in modern society. Displays on the genocide in Rwanda, Bosnia in the former Yugoslavia in the 1990s, and the recent conflict in Darfur in Sudan help raise awareness about genocide today. The US Holocaust Memorial Museum also acts as a watchdog against hate groups, neo-Nazi organizations, and extremist activity in the United States.

teachers can contribute to the making of a better world with the goal of eliminating prejudice and increasing greater understanding among its inhabitants. Click To Tweet

The Holocaust Museum is a national resource that should not be missed. Teachers who have the resources to visit the museum with their classes can use the education department of the museum to plan and carry out detailed lesson plans that will provide a unique experience to those students. When students are ready for this aspect of world history, be sure to prepare them emotionally for their visit and discuss what they have seen afterward. In doing so, teachers can contribute to the making of a better world with the goal of eliminating prejudice and increasing greater understanding among its inhabitants. 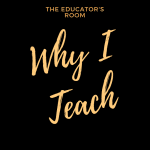 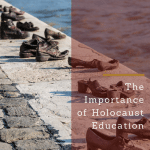 Civility in the Classroom and the Rise of American Fascism
« Despite the Teacher Shortage, Some Educators Need to be Coached out of the Profession
Coaching the Players: Teaching the Teachers »