Recently The Educator's Room posted an article for discussion on bilingual education from the Washington Post. The article asked "Why is bilingual education good for rich kids but bad for poor, immigrant kids?" Bilingual education, if you're not familiar with the term, is teaching a second (or third, or fourth) language through content area instruction in that language. In other words, bilingual education would look like learning history, math, or art in another language. Therefore it can be much more immersive than strict "foreign language" instruction, which traditionally focused on vocabulary, grammar and travel situations (apologies to all my foreign language colleagues out there who are amazing teachers, I said traditionally).

The article briefly details world trends in bi- or multilingualism (most of the world, and a good chunk of the USA, speaks more than one language) and details the mental and social benefits (reduced occurrence and/or effects of Alzheimer's disease, greater earning potential, wider social contacts leading to a happier life in general) that would lead one to assume that bilingual education would be a given in educational approaches. However, there are counter-trends. As far back as the Know-Nothings, fear of increased immigration have prompted Americans to view languages other the mainstream English with suspicion.

The tension in education arises because when we talk about bilingual education and foreign language teaching, we are really talking about two different groups of kids. One one hand, we have native-English-speaking students who are learning "foreign" languages, and on the other hand we have immigrant or second generation students who are learning English and their native language, which these days is overwhelmingly Spanish (though Spanish is hardly foreign to the Americas since its been spoken here since the 1500s, well before the USA even existed as a nation). The idea of nonnative English speakers being instructed in any language other than English has given rise to fears among some people (mostly native-English-speaking) that "those kids" could not be integrated into American (read: mainstream English-speaking) society.

Now, ever the the Lau vs Nichols Supreme Court Decision, it has been law that American schools must provide support for English language learners (ELLs), but opponents of bilingual education have been on the lookout for ways to ensure that that support is focused solely on developing English only. The best-known modern example of this was Proposition 227 in California, which banned bilingual education programs in the state. The legislation was somewhat curbed with a 30-day "trial period" for all students in English-only instruction after which the students were retested and parents could decide if they wanted their kids in an English-only or bilingual program. In many cases that simply resulted in a month of lost instruction time with frustrated kids and teachers.

Reputable education research has shown again and again that bilingual programs are the most effective in supporting English language learners (and native English speakers who participate in these programs) in developing fluency and competence in both languages. That last part is the important distinction: the goal of bilingual education is bilingual students who are equally competent in either language.  I think this point goes to the heart of why some oppose bilingual education. It threatens the idealized myth of a monolingual (English-speaking) USA that is one of pillars of mainstream American culture. 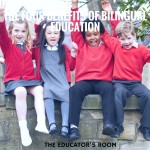 The Four Benefits of Bilingual Education 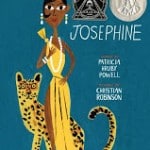 2020: An Educator's Summer of Waiting on COVID-19
« Close and Critical Reading: Author's Craft
Labor Day Informational Text: “Work is a Blessing” from This I Believe »