Language is a subject matter of much controversy in our country. Are you "American" if you speak another language? Well, many of our students come from homes where the parents do not speak English, so regardless of whether or not you think all Americans should speak English, the fact remains that we are a country of many cultures. With standardized testing and few resources, our schools are facing an increasing demand to teach students whose first language isn't English, but, in many schools, we force students to become fully emerged in the English language rather than embracing their culture. What reason do we, as teachers and schools, have to provide a bilingual education (as opposed to an English-only model of instruction)? There are several very good reasons!

It Works in Other Countries - In more than 30 other countries, bilingual instruction aids minority students in developing their academic vocabulary in the language of the majority (Cummins, 1999). Think about programs in Canada, where students are taught in French-English bilingual programs. If it works for the over 300,000 students there, why wouldn't it work here?

The Linguistic and Cognitive Advantages - there have been over 150 studies that demonstrate significant advantages for bilingual students in the areas of linguistics and on cognitive tasks (Cummins, 1999). With advantages like these, why pass up on the opportunity to create strengths for our students using their native language? This is huge!

Think About the Language Proficiency - According to Cummins (1999), it takes at least five years for students learning to speak a second language to catch up both academically and conversationally to native English-language speakers. While they are learning to speak English, they lose out on academics when taught in an English-only model of instruction, but they could do better if also instructed in their native language.

Increased Literacy - Students in bilingual education programs have shown "small but consistently positive" effects on literacy when compared to all-English classrooms (Krashen & McField, 2005). If students in bilingual programs do better with reading comprehension than students in English-only programs, why wouldn't we do this for all of our students?

These are all really good reasons for allowing students to learn in both their native language and in English. However, it's important to remember that it must also be done the right way. There is evidence that late-exit, developmental bilingual programs have a more positive impact on academics than students in early-exit programs (Rolstad, Mahoney, & Glass, 2005). Helping second-language learners succeed in the classroom is important, and an all-English approach is not the best way to do it. Rather than inhibiting their ability to succeed academically, teaching students using their native language will actually benefit them. Let's face it. More and more students are coming into our school systems from other countries. We may as well teach them in the most effective way possible. If only our legislators would get behind this approach, we could help all of our students, not just the majority. 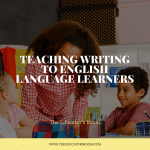 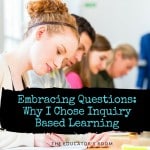 Embracing Questions: Why I Chose Inquiry Based Learning
« Diaries of an English Teaching Assistant in Taiwan: Christmas is Love in Action
Dear Elementary Math Teacher: I Need You to Know..... »