Pet Peeve: Seeing the word ‘respect’ plastered all over a school.

I stopped using the word "respect" in my class almost immediately when I entered the classroom 20 years ago; and have been preaching against its use ever since. I have had the opportunity to present classroom management seminars around the country and begin the day with the phrase, “I hate the word 'respect'.”

You can imagine the shock and confusion on the faces of the gathered educators. “I hate it,” I continue, “because it means different things in different places. And I believe most of the referrals for ‘disrespect’ and ‘insubordination’ are a result of a clash of cultures. This clash can be brought about by anything that separates the teacher from the student  . . . it can be age, religion, nationality, economics or race. (It is important to note that people of the same color do not necessarily share the same culture.) Respect is very much a product of culture: family, circumstances, geography, etc.

I maintain that incidences of ‘disrespect’ are learning opportunities, and should not automatically pathologized and punished.. This is not to say that all kids get a ‘pass’ on what is considered insubordination. One of our most important tasks as educator is to teach students how to be successful in the dominant culture. However, we can do it without trying to whitewash (pun intentional) or judge how they, their family and their friends live their lives outside of school. Essentially, we need to teach them to code-switch in order to make it in the mainstream.

Just as importantly, teachers must to not simply teach the respect we want to see, but model it as well.  Most teachers have heard this (or something like it) from a student, “In order to get respect you need to give respect.” In fact, I’m sure many teachers have said this. Again, it can lead to confusion in a student who has a different definition of respect. Often, adults do not realize they are committing the very acts they condemn in their students; actions that come across as aggressive. These include raising your voice, hovering over a student while chastising them, reprimanding students in front of other people. If you wouldn’t say it or do it to a drunk in a bar for fear of getting popped, then don’t do it or say it to a child. We need to show and teach our students how to recognize and honor the dignity of other human beings.

teachers must to not simply teach the respect we want to see, but model it as well Click To Tweet

So what’s the alternative? My substitute for the word ‘respect’ is ‘consideration.’ Merriam-Webster defines consideration as “continuous and careful thought” and the verb to consider as “to think about carefully: such as a) to think of especially with regard to taking some action; b) to take into account.

We need to help students build that moment between reacting and responding. I try to teach my students to ‘consider’ the consequences of their actions. I am not only referring to getting themselves in trouble. I am teaching empathy. How do your actions impact the people around you? Bullying isn’t wrong because it is against the rules. It’s wrong because it hurts people.

The research shows that punishment doesn’t work to change behavior . . . empathy does.

The research also shows that praise doesn’t result in what we would call respectful behavior . . . empathy does.

Insisting on ‘respectful’ behavior, without teaching and modeling how the school defines respect, is setting up the student and the student-teacher relationship for a rough road. 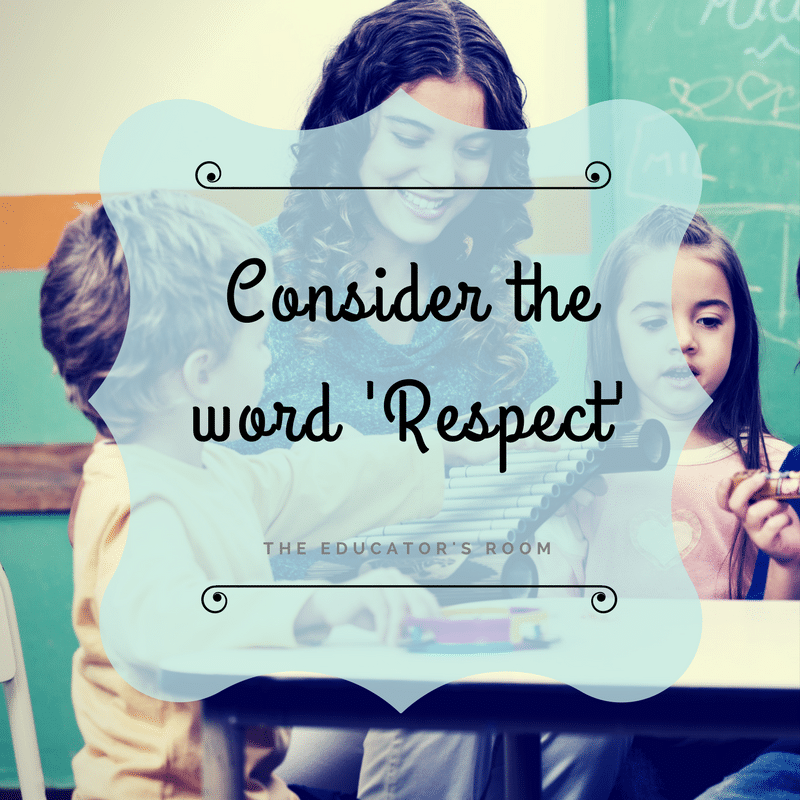 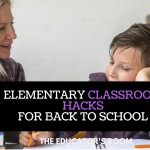 Elementary Classroom Hacks for Back to School 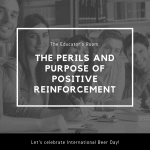 Positive Reinforcement: When Do We Want It? NOW
« Religion in Schools: A Delicate Balance
Teaching While White: How can a white suburban teacher lead students of color in their celebration of Black History? »