“Four score and seven years ago…” The first words of Mr. Lincoln’s Gettysburg Address ring through the annals of every American history textbook ever written. Now 150 years later, seven score and a decade, the speech remains America’s greatest. It was just nine sentences long and took not much longer than 2 minutes to deliver. In fact, the speech was issued so quickly that photographers had barely the chance to issue a photo, which only gets the top of Lincoln’s head as removes his trademark stovepipe hat while coming down off the stage.

After all this time between now and then, much has changed. In fact, so much has changed that the Harrisburg Patriot-News, my hometown newspaper, even issued an apology for the driveling remarks its reported shared from back then. Without even reading the speech – delivered just 50 miles away from its headquarters – the journalists called the remarks “silly” and ones that “deserved a veil of oblivion.” This Tuesday, November 19, I believe those journalists from 150 years ago will be eating their words.

On another note, this Friday, November 22, marks the 50th anniversary of President John F. Kennedy’s tragic assassination. While Lincoln’s words were what lived on from Gettysburg, the photos and the Zapruder film are the remnants from this Dallas catastrophe. Now 50 years later, there are too many conspiracy theories to count and a touch of mystery that still shrouds that day. Every Baby Boomer knows exactly where they were on this awful American day, and those who weren’t there saw a surprising end in the sky of a blazing star.

So where do these men – both often mentioned as the greatest of their respective political parties – and these extraordinary days belong in the realm of our educational sphere?

First, the JFK assassination belongs solely in high school history classes. There are too many other adult-like machinations in this horrific day, not least of which is the 50-odd seconds of the Zapruder film. However, all students in high school should have the opportunity to see this type of film and be allowed to form their own conclusions on JFK and his sudden end.

On the contrary, all social studies students should be exposed to the Gettysburg Address in some form or fashion on November 19th. Why? The speech is so important and so short, it could be the activating strategy of just about any lesson. Just read those 9 sentences to your students and watch their faces light up as those in Gettysburg did 150 years ago.

Lastly, connect both of these events to our current issues. Both were campaign stops, by nature. Presidents Kennedy and Lincoln were looking ahead to the next election – just 11 months away. Both were sagging in the polls, and both needed to be a bit more public than they had been. Likewise, both were highly criticized for their contributions before the day (for Mr. Kennedy) and afterward (for Mr. Lincoln).

Both of these days, so close to one another on the calendar, deserve a bit of our pause and respectful reflection. Just nine sentences of the Gettysburg Address and 50 seconds of the Zapruder film each continue to be one of the more important pieces of history, and teachers should necessitate that for all current and future students. 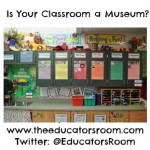 It's Not Just a Classroom; It Could be a Museum 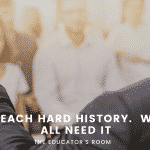 Teach Hard History. We All Need It
« Stand out from the crowd: How to Secure Your Dream Teaching Job
Bet You Can't Eat Just One...Irresistible Informational Text! »