It’s taken me quite a while to psychologically and emotionally process the Parkland school shooting.  As a teacher in Florida, this is very close to home.  My own school had an active shooter less than one block from the campus earlier this school year.  While the shooter wasn’t after students, he was mentally ill, inconsistently medicated, and had access to firearms.  It was a tremendously dangerous and frightening experience for all of us.  Two people were killed in the incident, just yards from the school entrance.  Within the first ten minutes, one student with emotional disturbances tried to exit the building no less than five times.  A first grader soiled his pants, and we had no access to a toilet or sink for six hours.  There were no snacks for our diabetic children or medication for those who needed it.

I commend the local law enforcement for their swift response.  I also commend the school district for its response within the community and with updating and increasing practice in active shooter drills.  But despite all that, I have to say this:  I didn’t sign up for all this!

On April 20, 1999, I had been teaching for six years.  Those six years were filled with loving students, hateful students, kids who wanted to learn, kids who didn’t, and a whole lot in between.  But the Columbine shooting changed everything.  The students from Parkland have been outspoken about their fears and their disappointment in the political inactivity to “fix” the situation.  The hashtag #armmewith was created in response to teachers’ concerns about being asked to carry weapons themselves.  So many great ideas were generated, from additional counselors and psychologists on campus, mental health support, actual school supplies, veterans to guard the campus, and on and on.

Teachers across America are appalled at being asked to carry a gun on campus and further insulted by getting “a small bonus” to do so.  We are barely paid a living wage in the first place!  How many of us tutor, work a second job waiting tables or in retail to make ends meet?  In 2014, 16% of all educators were reported as multiple job holders, meaning we couldn’t eat three times a day and pay the rent while teaching.  So a small bonus to carry a weapon offends me as well.

However, in the midst of all of these discussions, let’s not forget to talk about mental illness in this country and in our schools.  Currently, I know of two children waiting for a bed at an inpatient facility in Florida.  I also know of a dozen who should be on the list.  Florida has a terrible system of mental health treatment for children and adults.  Police officers are called to schools and refuse to take a child in for a Baker Act when it is recommended by school professionals who understand the law.  Children drift from school to school, never finishing a psychological evaluation because parents do what we like to call the Landlord Shuffle, getting evicted from area to area, moving their children around as though it’s the most natural thing.  The adverse childhood experiences and traumas witnessed by this generation of children is unprecedented except in times of war.

But now I’m going to say something that upsets many of you. Give me a gun and a fighting chance. Click To Tweet

If I am a sitting duck to die for these children if I am willing to lose my life for them, why can I not fight for them as well?  Now I’m not going to lie to you.  I’ve been an administrator.  There are teachers that I wouldn’t trust with a key to the building, much less a gun!!  However, there are teachers who can and will defend their own lives and their students’ lives.  We have tried everything else, so why not this?

Gun free zones such as Chicago have more gun violence than Orlando, for example.  Orlando had 25 murder cases in the year 2017 while Chicago had 348 to date in 2018.  While these crime statistics don’t involve school shootings directly, I maintain the argument that when you outlaw guns, only outlaws have guns.  I won’t try to convince you that my way is the right way because most of us hold our views on gun control very close to our hearts.  However, if they offer me a weapon to protect these little souls with whom I am entrusted, I’m going to strap it on my hip and take the responsibility. Do I sound like a cowboy or renegade at this point?  Perhaps that's because I am ANGRY!!! How dare someone put my children's lives in danger?  Some have chosen to seek gun control as the solution.  When has making something illegal every changed the usage? Prohibition and drug laws are evidence of this.

I’ve read probably a hundred or more articles, news clippings, Facebook postings, and such about this incident.  I’ve cried a hundred or more tears myself.  I know that we are all speaking from our heart in compassion for those who lost their lives.  Please understand that my desire is to protect these young people that I teach and love almost as much as my own.  As a special education teacher, I fight for these children regularly and fiercely to ensure that they are recognized, their needs are met, and that they are able to be successful.  I level the playing field by ensuring equity in academics and social-emotional learning.  But their basic survival is out of my hands when someone comes here to inflict physical harm.  I feel very helpless and out of control, which bothers me tremendously.

I’ve been given great responsibility in teaching young minds.  I instill values and teach friendship and self-esteem, along with reading and writing.  I am entrusted with their safety in the event of fire or flood or school shooter.  We have tried everything else to prevent this horrible crime.  Shouldn’t we at least try this way, before we nay-say? 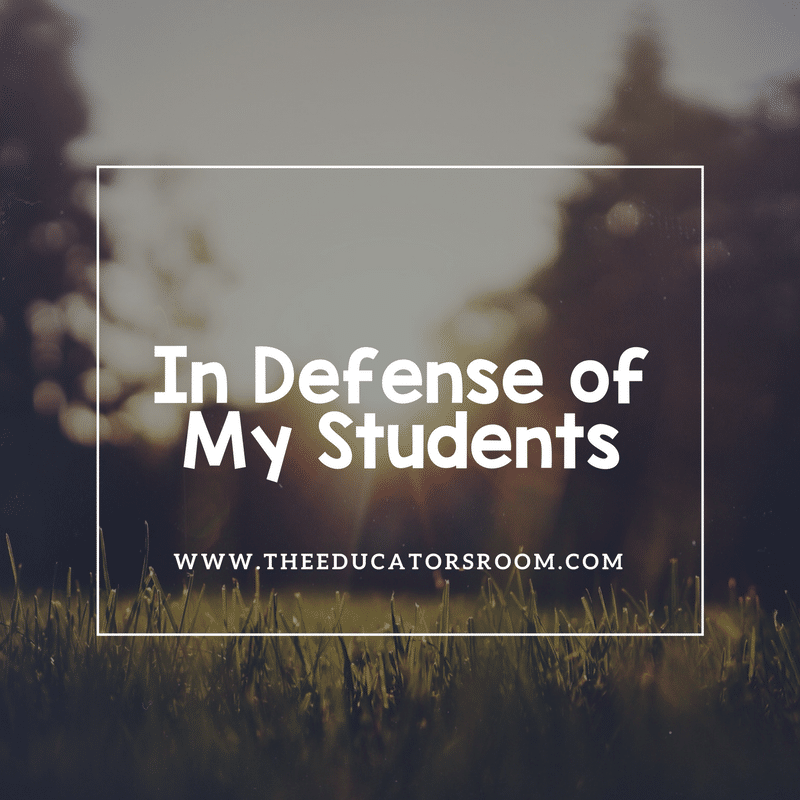 The Mental State of Teaching If That's What it Takes, Students Should Be Outspoken, Feisty, and Rebellious

Band-Aiding The Mental Health of Our Children
« Writing in Action: When Students Step Up
The Death of Reflection in English/Language Arts Classrooms »