You have - or will soon learn about - the First Amendment of the Constitution of the United States of America. Adopted just prior to Christmas 1791 as the first part of the Bill of Rights, it reads:

"Congress shall make no law respecting an establishment of religion, or prohibiting the free exercise thereof; or abridging the freedom of speech, or of the press; or the right of the people peaceably to assemble, and to petition the Government for a redress of grievances."

The question you're probably pondering is - "why the heck should I care about this 225-year-old compound-complex sentence?"

Let's put behind us that every Supreme Court of the United States (SCOTUS) hears a 1st Amendment case in just about every term. (Though I can't find statistics to support this, it's probably the most tested portion of the Constitution). Let's also forget that certain states wouldn't sign the Constitution without some guaranteed rights that others promoted as almost overtly-too-obvious. Let's also put behind us that, as students, your First Amendment rights are not as uniform and universal as those of adults.

Let's instead focus on why the reasons we can provide for hating the First Amendment are the exact reasons we need it - now and forever.

While many of the things we learn about in this class will be full clouds of gray, the rights provided by the First Amendment are either black or white. Here's the kicker - in 2012, 1 in every 3 Americans said that our First Amendment rights went too far.

I'd argue that if they want to start to erode them a bit, we move into that gray area. And if we lose the right to free religion, speech, press, protest, and petition - even just a little, we won't have them at all.

As you move from childhood to adulthood, I want you to uphold these freedoms. While you have limits on your First Amendment rights, you grow into them as you become a citizen. And, when that happens, I want you to remember the importance of the First Amendment. Even when you're offended, off-put, or upset by what's being said - remind yourself  that it's the American right. Our Founders fought for so long to produce the government most reflective of the people, by the people, and for the people. Sometimes we have to remind ourselves that it's also of each person, by each person, and for each person, too.

Mr. Jake Miller
and your fellow teachers who believe in the First Amendment 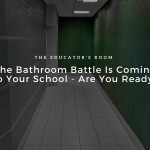 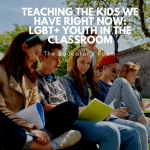 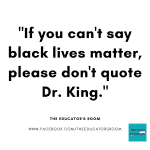 Opinion: If You Can't Say "Black Lives Matter" Then You Can't Use Any Quotes from Dr. Martin Luther King, Jr.
« [Podcast] S1E27] Fight The Power.. A Conversation with John Thomas, Musician, Educator, Activist
[Podcast S1E24] 5 Things All Teachers Should Do in the Morning »