This morning as I helped my son organize his bookshelf I asked him a question that came over me as I looked over his Diary of a Wimpy Kid series on his shelf, "what books did you enjoy most while  in 6th and 7th grade?" He looked up at me like only a middle school kid can and said, "Mom , we've only read one book since I've been in middle school- The Giver." As I looked up I must have looked confused, because quickly he added, " What I mean mom is that, we've only ready one book in school- that doesn't count for the books we've read together." I still must have looked crazy, because he followed up with, "Why what's wrong with you?"  Barely able to make a coherent sentence, I asked him if they didn't read novels in their English/Language Arts class, what did they do?  He said, "Well we do a lot of grammar work and we go over what is going to be on the CRCT exam."

I almost screamed at that moment. According to the Georgia Department of Education website, the CRCT is designed to measure how well students acquire the skills and knowledge described in the state mandated content standards in reading, English/language arts, mathematics, science and social studies. Students take this test  in grades 1-8.

So while I knew it in the "back" of my mind, no longer in English/Language Arts classes (at least in his middle school)  do students (even students in Honors classes) read novels. Why has this happened? When did this become acceptable and what does this mean for students? Apparently not only a lose of the love of reading, but a reality that is not consistent with what will be expected from them in high school. High school ELA teachers expect (sometimes even demand) that their students read-- and not just one novel a year. Despite students reading levels, I expected them to read at least one book a month. Sometimes I let them pick the book, while other times I assigned the novel.

The point was that they were expected (and held accountable) for reading.

I understand as a former teacher, that sometimes teachers have to "scrap" certain selections to go "deeper" in other texts, but I find it unacceptable that a day has come where students are not having to read novels in their English/Language Arts classes .  Contrary to what many people think, I don't necessarily blame his   teachers for the lack of access to novels for the following reasons:

So what should happen to reverse this disheartening trend? Teachers have to "band together" and make a resolution that they will expose their children to novels on a consistent relevant way. Parents have to demand that the administration actually buy novels for students at schools and then they need to support reading by modeling that they actually read at home. Schools should form book clubs and give incentives for students to read! Heck reading IS cool!

There are a lot of people who I know are "rolling their eyes" and are ready to give me the 1,567,825 why students will never read in (and outside) of class, but let me say this. Reading can not be a negotiable component of our schools. Currently my son is taking Ninth Grade Literature at the local high school and as of today he has read the following books: The Illiad,  The Odyssey, Romeo and Juliet, The Other Wes Moore, The Immortal Life of Henrietta Lacks to name a few. When he first saw this list he was petrified, but when he realized this was a non negotiable in his literature class he became engaged in the process of learning how to read literature he was unfamiliar with.

It was amazing that during his first year of high school he was exposed to more literature (in class) then he had been exposed in middle school.

Great reading can be done in middle school if instruction is deliberate, parents support the cause and administration supports the reading! 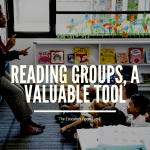 The STEM Revolution in Higher Education
« It Takes a Village to Raise a Child
The State of Education: Funding Control Changes in California »