Incentives inspire learning because incentives drive choices. I learn this every time I buy a Starbucks coffee and receive a free app or song download. My app  can guide me by GPS to any coffee shop where I use free wifi and earn stars that eventually gain me a free coffee. This has me wondering how a similar combination of incentives could work in a classroom.

None of these incentives are amazing.  Apps can be found for free without spending money on coffee and I live in rural Vermont with the nearest Starbucks 50 miles away. The social aspect and the opportunities to use time as I please combined with arbitrary freebies, a cup of joe, with a place to sit and work is pure enjoyment.  Education similarly  draws more from students who attend school because they want to not because they have to.  The problem is finding the right incentives that are not costly and result in increased student performance. It is unbelievable how well Zombies fit this equation.

I am new to loving Zombies. I saw the summer blockbuster, World War Z, became a fan of "The Walking Dead" and read a novel by Max Brooks. I was drawn to chapter connections between  real world places and fantastical stories of apocalyptic survival. (Max Brooks  presents Vermonters as prominent builders of utopian societies and so naturally I am pleased by this cultural connection.)  Juxtaposing geography with fiction stuck in my brain all summer while hiking in Colorado and New Mexico mountains devastated by mega fires and flash floods. How does one survive in a world of destruction? Unbelievably, an interview on NPR with David Hunter (Ted ed video) linking zombies to geography standards was broadcasting as we were evacuating campsites. This was a sign that the time was right for action.

I started with a globalization unit introducing students to use of demographics and economic indicators for assessing the state of the world today. Usually we review the aftermath of World War II and the international organizations (UN, WHO, IMF) that play controversial roles in development. The culminating project intends to have students predict and create considerable improvements for the world.  However, by adding the ingredient of a zombie pandemic students can choose to focus on real world developments and or their own dystopic life of survival. The idea of choice was an immediate hook.  Word spread quickly and students attended class on time.

We began the unit with the comparative look at our rural Vermont and life in megacities around the globe. We brainstormed why so many people stay in cities with populations over 10 million and the rising world population of 7 billion plus.  I recommend using Hans Rosling's gapminder.org video: 200 years of World Health and Wealth to  indicate how seriously people take  question.  Each individual student is given the absolute location of a megacity. Identifying their city on a map earns them their copy of the Zombie Unit Guide outlining research with a survival plan for escaping harm. I used an image from the cdc.gov site to present the fact that even the Department of Health has learned that by appealing to preparedness for zombie apocalypse, more Americans are being prepared for hurricanes, tornadoes and other calamities.

Using double entry diary templates students document their migration from the city to any safe place on earth. Research in one column lends itself to meaningful decision making and personal planning in the other. And diary entries about fantasy and real world studies led to unsolicited, passionate sharing which happens to be a Common Core standard for writing  and publishing(11-12.6). Added incentives for writing come from a variety of survival based performances that take place each day the unit.  Random tasks earn extra zombie points that are not a part of the overall grade. Push ups, crawls, scavenger hunts, knot tying and interviewing the health office staff about blood born pathogens to name a few. Points earned become the impetus for designing escape vehicles, weapons, costumes and safe bunkers. Students used points to travel long distances. They build communities and designed a better world. Points do not impact the actual grade but they are the incentives that drive choice and a learn to increase their knowledge of the world.

The final motivation for completing the unit comes from online gaming. Games downloaded from the UN, Nobel Peace Prize, Games for Change can be played when assessment pieces of research are completed. Gaming led to careful considerations recorded in their diaries. What would your game design look like if you wanted to educate people about global issues? How would you write a better game?

I am one week away from completing this unit and I have never had more fun than I am right now.  Current research based on nationwide testing acknowledges that data transforms increases in standard based performances, not hope and definitely not fantasy.  But even the CDC admits that more people in the world are prepared for disaster because they prepare for  a world of 7 billion Zombies.  I say that this unit is transformational. Preparing for Zombie apocalypse means preventing such a world from existing. We all finish as heroes. 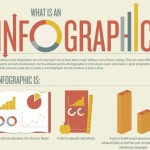 Educational Reform: It is Time for Real Change

Yes, Failure IS An Option
« Step Up and Teach- Part 3: ELA Speaking and Listening Standards
The New Teacher's Survival Guide: Retaining Relationship and Authority with Students »