Why Educators Must Read 'Between the World and Me'

“No one directly proclaimed that schools were designed to sanctify failure and destruction. But a great number of educators spoke of ‘personal responsibility’ in a country authored and sustained by a criminal irresponsibility. The point of this language of ‘intention’ and ‘personal responsibility’ is broad exoneration. Mistakes were made. Bodies were broken. People were enslaved. We meant well. We tried our best. ‘Good intention’ is a hall pass through history, a sleeping pill that ensures the Dream.”

— Ta-Nehisi Coates, Between the World and Me

You probably don’t need me to tell you to read Between the World and Me. These days it’s hard to avoid seeing Ta-Nehisi Coates’s name, even if you don’t know how to pronounce it (tah-nə-hah-see). He recently won the National Book Award for non-fiction, adding to what was already a pretty stellar year in which he won a MacArthur “Genius Award”. Now, Between the World and Me (BTWAM), which is on virtually all of the “Best of” lists for 2015.

[fusion_builder_container hundred_percent="yes" overflow="visible"][fusion_builder_row][fusion_builder_column type="1_1" background_position="left top" background_color="" border_size="" border_color="" border_style="solid" spacing="yes" background_image="" background_repeat="no-repeat" padding="" margin_top="0px" margin_bottom="0px" class="" id="" animation_type="" animation_speed="0.3" animation_direction="left" hide_on_mobile="no" center_content="no" min_height="none"]In spite of all this well-deserved recognition, BTWAM might not be on most educators’ reading lists, but it should. Click To Tweet While BTWAM is not ostensibly an education book, it holds some profound truths and lessons for any one charged with the responsibility of teaching young people.

The simplest argument I can make for teachers to read BTWAM is because it’s an important book. Educators know we have to be constant learners. That means when a book percolates through the zeitgeist the way BTWAM has, educators have a responsibility to read it. Similar to the way most elementary school teachers have forced themselves to become at least nominally familiar with Frozen and Inside Out, Between the World and Me is a must read on race in America.

There’s no one right book to help with this conversation. Lisa Delpit’s Other People’s Children and Multiplication is for White People are two brilliant texts on critical race theory and culturally relevant pedagogy. Michelle Alexander’s The New Jim Crow lays out the history and present of the prison-industrial complex and how it has devastated Black communities. In doing so it puts structural racism and privilege in stark clarity.

BTWAM can’t replace any of these books, but it offers a crucial contribution to the current conversation on race in America.

Finally, and perhaps most importantly, teachers must read this book because it sheds a light on the way education plays a key role in the perpetuation of systemic racism and other forms oppressions in our country. As educators, especially those of us in schools mainly serving Black and Latino students, we like to see ourselves as “the good guys”. “I can’t be racist,” the logic goes, “I teach Black and Latino kids everyday!”

This embarrassing statement is the cousin of the “I can’t be racist, I have a Black friend” argument. And even if daily proximity to Black and Latino youth equalled a free pass on racism (it doesn’t) we must face the reality that as educators we are a part of schools, and school systems that act in racist ways.

One of the key points BTWAM makes (and it’s not a new one) is that racism is not simply about interpersonal slights, aggression or hostility. Racism in our country is about an enormous lie permeating our society, built on a premise of white/American exceptionalism. Key to the perpetuation of this lie is our education system.

Coates does not spend a lot of time discussing education, but when he does it is in damning terms:

“I came to see the streets and the schools as arms of the same beast. One enjoyed the official power of the state while the other enjoyed its implicit sanction. But fear and violence were the weaponry of both.”

Ultimately, teachers must learn two vital lessons from Coates’s writing. First: Racism is not just about whether or not you use the n-word. Click To Tweet Racism is about a system of power that privileges whiteness.

Secondly: Teachers are agents of the state. Whether we like this identification or not, it remains true. Thus we have a responsibility to undo racism through whatever means we control. We choose the history we teach. We choose the stories to uplift and the stories we silence. We choose the values we champion and we choose whether or not to see excellence within all of our students.

Between the World and Me uses unforgiving, relentless and haunting language to clarify that for the young people we teach, these choices have life or death consequences.

Ultimately, as Coates writes, we must move beyond a defense of our intentions and take responsibility for our actions. Teachers won’t find absolution, “gold stars” or even suggestions for next steps in this book. What teachers will find are some deeply painful and uncomfortable truths. But we know better than most that this is often where some of the most powerful learning begins. 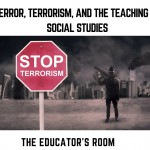 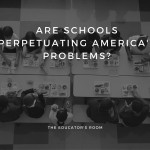 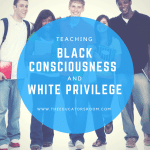 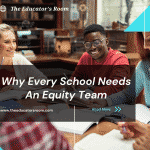