Something is wrong—very, very wrong. Teachers across the country at all grade levels, in all subjects, teaching a wide variety of student populations, can sense it. There is a pulse of dysfunction, a steady palpitation of doom that the path we are on is not properly oriented.

There is a raw and amorphous anxiety creeping into the psyche of the corps of American teachers.

We may have trouble pinpointing the exact moment when something in our schools and broader culture went wildly astray, leaving in its wake teachers sapped of optimism and weighted with enervate comprehension. The following is a small sampling—this list could easily have been twice as long if my conversations with fellow teachers are any indication—of problems that teachers were not facing ten years ago.

There is a raw and amorphous anxiety creeping into the psyche of the corps of American teachers. Click To Tweet

Every failure of civil society—institutional rot, political cynicism and polarization, tattered family and other filial relations, depressed expectations of student behavior, a preening and non-apologetic narcissism, extravagant self-regard, anti-intellectualism in our minds and moral relativism in our hearts—manifests itself in our schools. The result is a weight of responsibility, an anvil of obligation, now pushing against the outer periphery of what schools can realistically achieve given their inherent limitations. It is no headline to announce that schools mirror the dysfunction of society writ large. With this in mind, I offer the following list of ten things teachers did not have to deal with just a decade ago.

#1: The Inability to Punish Students: This is a story in modern education that is big and is about to get much bigger. A hodge-podge of policies and euphemisms—restorative justice, social-emotional learning, banning punitive actions for defiant and vulgar students—has resulted in a toxic situation where many teachers feel they are no longer in control of their own classrooms and schools. While many of these policies are instituted with just and well-meaning motivations such as trying to end the tragedy of the school-to-prison pipeline phenomenon and ensuring poor students are not disproportionately disciplined, as is often the case, the consequence has been a loss of control on many campuses across the country. While suspension and expulsion should never be the first or even second option for discipline, there absolutely must be consequences to destructive student behaviors if for no better reason than to protect the vast majority of students who are well behaved and want to learn.

#2: Cell Phone Addiction: The constant need for “dopamine baths,” to quote Andrew Sullivan, has produced a generation of endorphin junkies populating the modern American classroom. The statistics are jarring by any account: teens are on their phones, on average, for nine hours a day and the heaviest cell phone addicts swipe, touch, or use their phones up to 5,427 times a day. The correlation between cell phone addiction and youth levels of depression, isolation, anxiety and low academic performance is beyond question.

#3: Online Bullying: When I was a child, weekends and nighttime served as reprieves from the school bully and the general drama of school itself. Nowadays there is no escape and the effects are daunting. One in three children have been threatened online and most distressing of all, half of all children who are bullied fail to tell any adults about it. It is not hyperbole or embellishment to state that young people live much of their lives in a cyberspace unregulated by adults. We would never let our children play and wander in unfamiliar parts of town and yet that is precisely what they do when they engage in a cyberspace that is foreign to their own parents. We cannot protect children if we do not know where they are being harmed.

#4: Pep Rallies for Standardized Testing: The era of high-stakes testing has done very little to improve student performance. It has spawned cuts in the arts, less recess time for elementary school children, more rote memorization, and perpetuated the illusion that test-taking prowess is synonymous with academic achievement, not to mention the long-term effect of discouraging the brightest and most ambitious young people from entering the education profession. On a deeper level, schools are told they must be held accountable, which requires analysis of student performance, which perpetuates an endless stream of gimmicks, cynical incentives, and activities to motivate students to do well on standardized tests. Schools who do pep rallies are not at fault—the policies that make such activities necessary and even beneficial are the culprits of this new feature of the teaching landscape.

#5:  Constant Student Anxiety: Over 20% of modern teenage students experience a form of acute anxiety leading to disengagement, more absenteeism, and isolation. A frank discussion with modern teens often uncovers a more disturbing and grim reality, that anxiety has a number of harmful offshoots such as eating disorders, self-harm, and frequent fainting in classes. Instead of seeking counseling, taking a walk, or spending time with friends or family, the modern teen often finds solace in an online world that perpetuates this cycle of anxiety and isolation.

#6: Fear of School Shootings and Lock-Downs: It is true that Columbine was nineteen years ago, but it is also true that the frequency of school shootings are accelerating. In the corner of my classroom sits a bucket with a shower curtain stuffed inside in case we are on lockdown and a student is forced to use the bathroom in front of his/her peers. This is the sad and tragic reality of what might happen nowadays. Four of the deadliest five school shootings have happened in the past half decade and there is no reason to think this gust of school violence will abate any time soon.

#7:  Heroin, Opioid Epidemics: In 2015 alone more than 33,000 Americans died from opioid overdoses. More Americans have overdosed than were killed in the entirety of the Vietnam War. A school superintendent from western Maryland was succinct in the harms this crisis can produce: “In establishing contacts with some of our families, some of the principals learned that we had an increasing number of parents who were addicted to opioids and were using opioids. They noticed that the chronic attendance issues were linked to parents’ use of opioids: parents were not able to get up in the morning and get the kids ready, to get them on the bus, and to bring them to school. It was not just absenteeism. It was also the rise in tardiness—kids who were brought in well after the school day had started.”

#8: Politicized Schools: Like it or not, schools have become epicenters of hot-button political issues. From transgender bathrooms to guns and second amendment discussions, schools are now at the intersection of division and discord. American education has always been a “political issue,” but that is a qualitatively different status than being the place where schisms about the culture manifest themselves.

#9: Era of “feelings” where students are never wrong: It has happened to almost all of us recently. A student will “feel” like a test is unfair, will “feel” like a fact is not true, will “feel” like a teacher who is simply trying to modify a behavior is being “disrespectful” to them. In an era that no longer views reason and fact as tribunals of truth, it can be difficult to explain to students that they have a right to feel anyway they want but their feelings does not excuse behavior that is disruptive or harmful to themselves or those around them.

#10: Naked Utilitarianism in Education: Policy-makers absolutely never talk about education through any lens except as an exercise in early-job training. While education does prepare one for the workplace, it should also prepare students on a deeper and more human level. Our students will be more than workers in the future—they will be citizens, husbands and wives, fathers and mothers, friends and confidants. They must be able to think, communicate, cooperate, and be reflective about the many conundrums of being a human being in the world, figuring out how to live what scholar Leon Kass labels the ability to lead “a worthy life.” Their lives will not begin when they go to work and end when they go home every evening. A true and edifying education recognizes that what students learn intimately affects who they are. 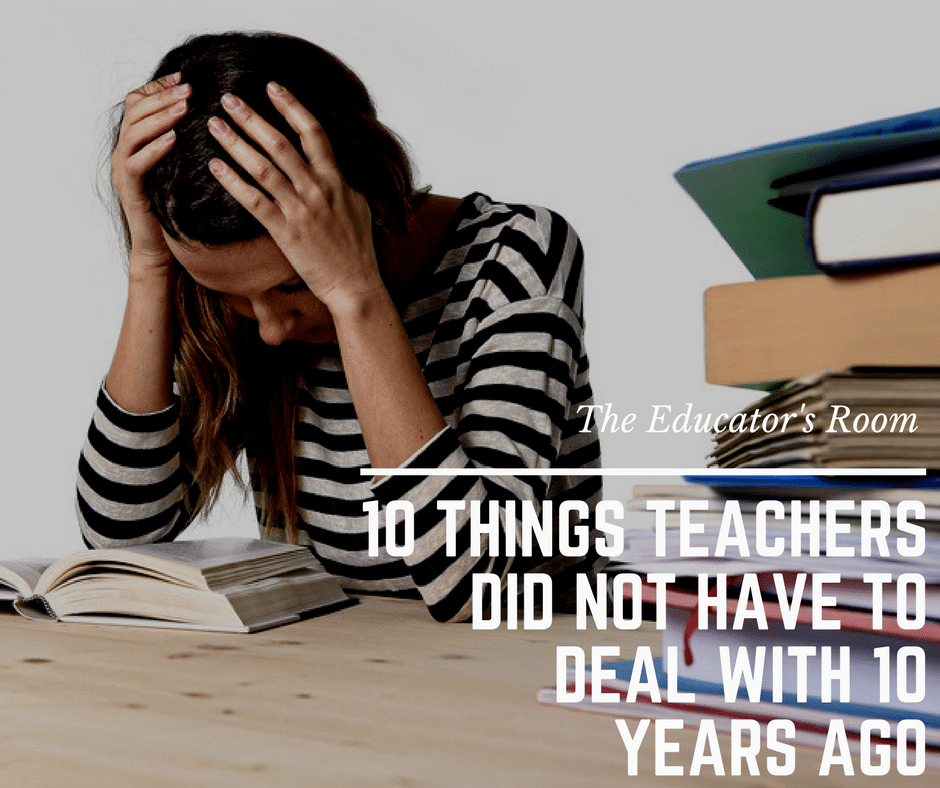