Executive director of FairTest weighs in on standardized testing reform

As I prepared to interview Harry Feder, the new executive director of FairTest, the latest Nation’s Report Card was published. As a result, our chat felt especially timely.

The Nation’s Report Card, or NAEP (The National Assessment of Education Progress), is a congressionally mandated test designed to track student data over time. This latest NAEP tested reading and math for students aged nine to compare data from pre-pandemic 2020 to 2022. The results found that reading and math scores both declined, the first ever for math and the largest for reading since 1990.

What should educators take from this report?

“These tests give us information, but honestly, it just tells us what we already knew,” Feder says. “The lesson to be learned from this is not that we need more testing instruments to tell us what we already knew. We need teachers in the classroom with ideas and curriculum, knowing their students and deeper learning exercises that standardized tests are actually a barrier to.”

Before becoming FairTest’s Executive Director, Feder had an extensive background in education, but to many teachers (like me) tired of outside voices dictating education, his most important credential is his twenty-two years as a New York City public school teacher. When he asserts that any good teacher knows how their students are doing through continual formative assessments, it’s clear that he respects the power of educators. He’s dedicated to assessment reform, a passion that comes through our screen as he leans in and jumps to answer my questions with historical background, data from around the country, and an understanding of how political winds affect education.

Feder believes that, in general, standardized tests and canned curriculum are “lazy and cheap instruments” which tell teachers that they aren’t respected as professionals. Furthermore, they “create perverse sets of incentives” and an obsession with measurements that detract from the core purposes of education.

However, he doesn’t dismiss all tests at face value; data can be helpful. His views align with FairTest’s mission of education, advocacy, strategic assistance, and network development.

“I’m all for sampling so we can get a broader picture of how we’re doing, but to use those tests in a micro way to try to manage education is too much useless information, and it gets in the way,” Feder says. “At the end of the day, we want to support the professionals on the ground instead of monitoring them.”

The NAEP isn’t even one of the more problematic tests out there.

“The NAEP is actually an example of a useful standardized test because there are no high stakes attached, and kids who are taking it don’t even know what it’s for,” Feder explains. “It’s matrix sampling, you don’t test everybody, and if it’s designed correctly, we get a picture of how a state or nation is doing.”

This makes sense, even to a testing-wary, frustrated educator like myself. Testing data from assessments like NAEP can add value as one touch point in the larger picture of our educational system. For example, knowing that students of color fared worse during pandemic education should solidify social justice leaders’ resolve to dismantle systems of oppression in our schools.

But, how the data is interpreted or even weaponized is going to be telling.

“We’re at this moment where the forces behind high stakes testing understand that there’s pushback,” Feder says hopefully. “We’re at a moment of inflection.”

Feder hopes the collective lesson we learn from Covid is that students don’t need more tests; they need teachers supporting them. But, the collective takeaway from the NAEP data could just as easily cause panic about learning loss and rush people towards testing as a solution.

“My fear is that there are a lot of forces out there pushing for the wrong lesson to be learned,” Feder admits. “It is the job of FairTest and other organizations to make sure the right lesson is learned: resources need to be put into teaching and education, not evaluation and assessment.”

Is It Fair to Test Learning Loss? An interview with the executive director of @FairTestOffice Click To Tweet

Since 1983, FairTest has worked to “promote equitable and reasonable assessment of teachers, students, and school systems.”

“One, We have to eliminate the barriers to developing authentic assessment–and every time you throw in another standardized test, it screws everything up. The second thing is to actually support teachers, schools, and districts who want to do this and get other places together to exchange information.”

Feder has been involved in testing reform for years as an academic leader of the New York Performance Standards Consortium and practitioner of project-based learning. As a result, he knows the effects of No Child Left Behind (NCLB) and the current legislation, ESSA (Every Student Succeeds Act), all too well.

“No Child Left Behind was a badly written law that created an impossible regime of incentives,” Feder says with exasperation. “ESSA tried to make space for more authentic assessment, but many states lost their momentum and maintained their regime of testing. The federal law forced states to get up to standard very quickly, but these things take time.”

Part of FairTest’s work is to find what individual states are doing under ESSA and provide data for other educators to connect and advocate.

For example, competitive state assessment grants are federal funding opportunities to increase the quality of assessments, and the New York Performance Consortium has been working to create an assessment system that creates a fuller picture of students.

FairTest has been working on testing reform for almost forty years. Unfortunately, it has been an uphill battle, especially in the K-12 system.

Some of the biggest gains the organization has made have actually been in higher education, around SAT, ACT, opt-outs, and testing optional college admissions.

Feder attributes this reform distinction between levels of education to the systems themselves.

“From an advocacy standpoint, [college is] much easier. You have a closed community of college admissions folks. [K-12] Education policy is much more complicated; there’s a lot of interest, such as the slew of tech companies trying to make money off public education.”

Anyone who doubts this can ask teachers who see the impacts of the testing and publishing industrial complex in their classrooms every day. There’s a long list of companies (Curriculum Associates, Newsela, Brainpop, Pearson, Harcourt, College Board, just to name a few) eager to assess and “support” students.

Teaching (and Testing) is Political

So, where do we go from here when people who want to make money off public education hold so much power? How can educators make a difference toward equitable assessment?

Feder recognizes that asking teachers to get involved politically outside of their already demanding jobs is a heavy lift.

“Teachers need to advocate at the state and local level,” Feder says, passion clear in his voice. “Reforms like those in New York are largely a result of teacher advocacy. Teachers need to organize, and FairTest can help.”

FairTest is currently working on a project with NEA on testing reform. Their website has data factsheets, model legislation, and tools for networking. 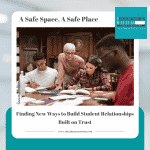 A Safe Space, A Safe Place 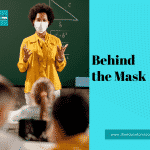 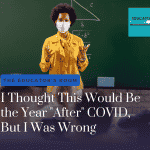 I Thought This Would Be the Year "After" COVID, But I Was Wrong
« Should We "Flatten" Education?
Ask The Educator's Room: An Anti-Vax Colleague and a Tone Deaf Teacher »