Everyday seems to bring with it a new candidate for the Presidential election of 2016. The oratory is familiar. The uttering of the redundant cliché that, “This is the most important election of our lifetimes" is almost as mandatory as the voting itself.

It does not matter if you are a passionate Hillary Clinton aficionado, a Marco Rubio enthusiast and acolyte, a recent Bernie Sanders convert, or an #IStandWithRand type of voter.

Every election is important to everyone. And for good reason: the most sacred act in a democracy is choosing the men and women who stand as praetorian keepers of American self-government. A thoughtful republic demands that we pick our surrogates wisely and carefully consider how we saunter down a collective national path.

And yet, in regards to educational issues, this elections feels substantially heavier and more consequential, largely because we stand at a national crossroads in regard to so much educational policy.

Does annual testing help or hinder student progress? Does decentralized education policy lead to innovation and flexibility or does it merely allow states to ignore at-risk student populations? Will the common core lead to more meaningful classroom time bolstered by authentic learning activities or will the testing regimes adopted by the states lead it to a path of ruin? Are unions important to galvanize teacher feedback and guard the prestige of the profession or are they so reflexively adverse to reform they appear more self-serving than child serving?

Questions abound. But no matter who you support or how you answer these questions, there are five things every candidate should understand about teaching in modern America.

#1: We Would Like Our Own Apollo Mission
There comes a moment in the life of a nation when the collective wisdom of the country decides to bond its national purpose to a specific achievement. In 1863, Lincoln tied a "new birth of freedom" to the union's objective of winning the Civil War. In 1941, Franklin Roosevelt focused America's might towards the defeat of European and Asian fascism. Most famously, in 1962, John F. Kennedy chartered a new national course by challenging America to "set sail on this new sea because there is new knowledge to be gained and new rights to be won and they must be won and used for the progress of all people." Ending slavery, defeating European fascism, and winning the race to the moon are moments that focused the diverse kaleidoscope of American interests onto a singular, unifying triumph. The next president should make the improvement of American education their New Deal, Marshall Plan, and Apollo Mission all rolled into one. The American military has had multiple occasions in which it nobly defended the safety of our nation. Scientists gave us the atomic bomb and a victory in the Space Race. Teachers are waiting today to being enlisted in the great cause of our generation: improving education for all students, doing so in an equitable manner, and impassioning students to use their education to live lives of civic engagement and individual purpose.

#2: Teachers Want to Improve
Education is frustratingly resistant to innovation and change. It is a truth everyone knows but cannot change. Last year, in a New Yorker article appropriately entitled, “Better All The Time: How the ‘performance revolution’ came to athletics—and beyond,” James Surowiecki explained that approaches in competitive activities such as sports, music, chess, and business have all undergone Herculean changes in the last few decades resulting in colossal improvements to performance. Sadly, education stands outside this circle of explosive progress. Whichever political party you represent, please remember that teaching skills are not static and real change requires real change. Always remember that grand achievement cannot be attainted through government diktat or bureaucratic directive. Don’t legislate innovation--write policy that facilitates teachers making their own innovation!

#3: Inputs Matter
A spate of recent research confirms what teachers have always known: background matters. It matters a lot. The propensity to explain a teacher’s success or failure strictly in terms of what a teacher does in the classroom obfuscates the titanic number of influences that lay beyond a teacher’s control: home life, economic status, previous educational experiences, and the list goes on and on. Paul Tough’s How Children Succeed and, more recently, Our Kids: The American Dream in Crisis by Robert Putnam, both shed light on the tremendously high hurdles many American students face. Please don’t equate education failure with teacher failure.

#4: Classroom Failure Equals Democracy Failure
A classroom is where a democracy is harvested and a democratic spirit is born. There is no dearth of scholarship and commentary from Pericles to Barack Obama explaining why democracy can only thrive with an educated and informed citizenry. When education is both widespread and robust a healthy abundance of diverse opinion manifests itself in a bustling commercial society in which citizens can pursue their private interests in the marketplace and simultaneously engage one another in public about the animating national issues of the day. Debate will be lively but respectful. Meaningful accords of progress will materialize. Pluralism will breed progress. The existence of the “low information voter” is anathema to the demands of self-government. But this imaginary discourse will never become reality if the American classroom does not become a breeding ground for the habits of democratic citizenship. As a presidential candidate do something different. America has a redundant habit of always asking the best and brightest to study math and science in order to be scientists, architects, and astronauts. As a nation, we fervently honor and bestow endless accolades onto a constellation of different careers: doctors, attorneys, computer scientists, and the favorite profession du jour, engineers. But what if the next president would use the bully pulpit of his office to convince the crème de la crème of America to pursue a career in a classroom? Not only would it help teacher morale and win teacher votes, it might just help the dilapidated democracy called America.

#5: Education Can and SHOULD be a Source of Intense Bi-Partisanship
American schools sit at the crossroads of almost every hot button political issue of today: crime and welfare, economic vitality and social justice, poverty and income inequality, and a host of social issues. Education can, and should, be a source of intensive bi-partisanship. There is precedent for shattering the conventional partisan shibboleths of the past. It was a Republican, George W. Bush, who did more to expand the federal role in education than any president in history. It was a Democrat, Barack Obama, who challenged teacher unions on merit pay and early on during the birth pangs of the Common Core movement. For there is a large and colossal truth in education—perhaps the greatest truth that can be uttered—of which both parties have a veritable stake. Republicans are correct that no amount of money, curricular reform, or effective hiring practice can take the place of a home life in which children are emotionally loved, financially supported, and encouraged to make good decisions in every facet of their lives. Democrats are correct to acknowledge this conservative truth, but also to point out that government has an important role in supporting students who do not have these advantages through no fault of their own. It is character that leads to success—as the Greeks said, “Character is destiny.” But character is not honed in isolation and the community of a school and the broader community of the country should help when it is possible. Failure to do is not just bad for schools, it is bad policy for the nation. 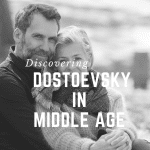 Discovering Dostoevsky in Middle Age: Why Education Is Usually Wasted on the Young
« What I Fear For my Students
CNN'S Soledad O'Brien Opens #ISTE2015 in Philadelphia »