It’s not even a month into the school year and already it’s clear that my 7th period has a problem. Overall, they seem like a nice group of kids. They participate, they ask questions, and they are pretty easy to redirect if we get off task…but still, there is a problem. The problem is that while most students showed up for the first class, I have since seen no fewer than four absent on any given day, sometimes it’s as high as nine.

This isn’t an uncommon problem at my school, and not because we aren’t doing our best. The administration has made attendance a top priority, we have people whose entire jobs are devoted to getting students to class. They make house calls, present incentives, assign mentors…if there is a way to try and keep a kid’s attendance consistent, my school has tried it, and the numbers show that we are making progress.

But still. It’s a problem. A problem reflected in my 7th period.

As a teacher, I’m left wondering what I can do. For some of these students, the calls, incentives, and mentors will eventually bring them back to my class. But what then? Are these students going to want to keep coming if they feel that there is no way to catch up? Click To Tweet

If we are fighting the battle to keep students in class, we are shooting ourselves in the foot if a student returns only to find that there is no point, that the backlog of work is just too much.

Beyond absences, we also have a significant portion of our population that is highly transient. Through no fault of their own, students bounce from apartment to apartment, school to school, district to district. Click To Tweet

These students show up, often right in the middle of a unit, and while, as the engineers of Common Core claim, universal standards should make this transition easier, the reality is that even with common standards, if a student shows up in the middle of my Catcher in the Rye unit, it is very unlikely that his or her former English instructor was teaching the same book.

So, again, how do I help? Whether they are prey to truancy or relocation, I want these students to know that all hope is not lost, and with a little work, they will be able to catch up. And beyond that, how do I do it in a way that doesn’t add to my sometimes overwhelming workload? The majority of my students do attend class regularly, and they need my time and attention too. They shouldn’t have their learning experience interrupted while I focus on a student who chose an extended lunch over my 7th period for a week.

Right now, I am attacking the problem on two fronts. One is online. Currently, I am using Google Classroom to post daily agendas and assignments. Concievably, a student could log in from anywhere, scroll through the class feed (it looks similar to Facebook), and complete and submit work. A student faced with something that will keep them out of class can access anything they need and email me with questions or concerns. If a student hasn’t checked Google, or has come in from another school, I simply have them log in and review.

Front number two is on the walls of my classroom. Since I largely run a writer’s workshop model and assess with writing instead of tests, a student will likely come back from an extended absence to find us at some stage of the writing process. For this reason, I do my best to make it visible. Students often work together and make large visuals to hang in the room. Most of the time, my walls and windows are covered with student made references like theme and evidence posters and thesis statements. They write their own papers (a plagiarism checker helps me make sure of that), but much of our process is public and communal. If a student has been gone, I direct them to the walls and to their table group where they can listen to classmates’ discussions and get ideas on where to begin. Click To Tweet

So this is how I begin to deal with my 7th period problem. I know absenteeism will be an ongoing battle. But I also know it can’t be won with phone calls, detentions, and truant officers alone. As student has to believe that they at least have the opportunity to be successful, otherwise, what’s the point of getting him or her back in a desk? 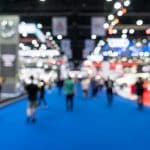 Adventures in Going Paperless: Step One, Taking the Leap