Since the tragic Parkland, FL school shooting on February 14th, a movement has been brewing. The United States has seen gun violence in schools, in movie theaters, in airports, in churches, at concerts, and in many more places. Since Columbine, gun violence, specifically in schools has been a topic of concern. Typically, though, there is an initial burst of action and activism that quickly fizzles all too quickly. But, this time it feels different, largely because of the united teen voices that are leading the movement.

Yesterday, in Washing D.C., teens, teachers, parents, friends, and grandparents gathered together to march in solidarity against gun violence. CBS reported that the peak crowd size in D.C. was around 200,000; however, organizers tracking involvement list participants in the event as being closer to 800,000.

At the forefront of the large-scale protest, were the students from Marjory Stoneman Douglas, who have been speaking out loudly and publicly against gun violence since the horrific attack on their school left 17 people dead and many others injured.

What has been refreshing about the #NeverAgain movement, led by the Parkland students, is its inclusivity.  While in D.C., Marjory Stoneman Douglas students shared the stage with 19-year-old Trevon Bosley, 17-year-old Edna Chavez, 11-year-old Naomi Wadler and many more individuals who strive to give a voice to black and brown communities across the country. Eleven-year-old Wadler, in particular, spoke with a strength and wisdom far beyond her years, when she said that “For far too long, these black girls and women have been just numbers...I am here to say never again for those girls, too" (as quoted in The New Yorker).

The fact that this movement has worked to unite many voices from all different backgrounds and communities, I believe, has lent to its impact, its success and its scale. As I pointed out in my TER article, Writing in Action: When Students Step Up, these teens and young people give me hope for the future. And, feeling inspired, as an educator, I began to think about what I can do to help support their voice and their movement.

4 Steps toward Supporting your Students

The voices and the lives of our students must be valued and must be taken seriously. I, for one, am proud to see so many young people coming together to collectively stand up for a cause that they believe in. These students are our future. As adults and as educators, we need to be there to support them and to stand by them. 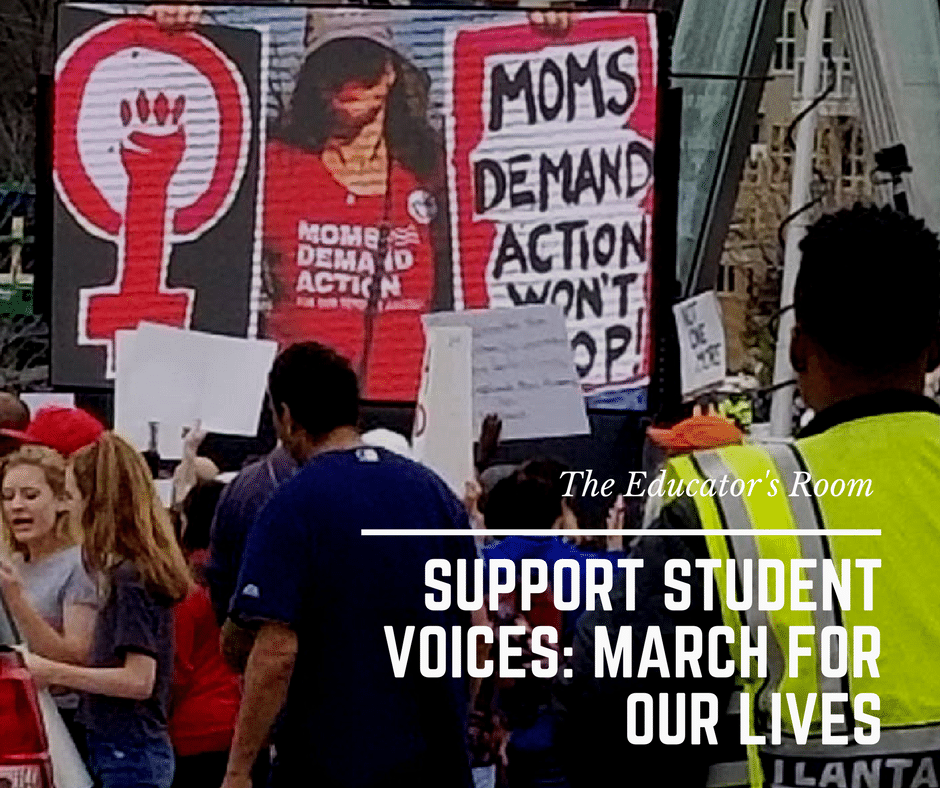 Teachers In Action: From the Classroom to the Convention
« I Wish Everyone Knew How Long It Takes to Plan Great Lessons
An Act Declaring April the Worst Month to Teach »