What Is “Too Political,” Anyway?

There has always been a political line in the classroom, though its definition is becoming increasingly obscure.

In 2008, I remember asking my teacher who they voted for, and they demurred, saying it wasn’t their place to say. That’s what I thought teachers were supposed to do.

And in some ways, I agree; who I vote for isn’t part of my job. However, I believe my students deserve my honesty and my respect for them as critical thinkers, learning their place in the world.

My Black Lives Matter poster isn’t going to “indoctrinate” them. They are more clever and independent than that, and to assume otherwise is an insult to their intelligence.

What most concerns me is that crying “that’s too political” is starting to become a catch-all for any uncomfortable conversation. Between teaching colleagues, among family members, and yes, even with students.

As Isabel Wilkerson writes in her groundbreaking work, Caste: The Origins of Our Discontents, “Whatever is lurking will fester whether you chose to look or not. Ignorance is no protection from consequences of inaction.”

An unwillingness to discuss uncomfortable truths does not make them go away.

Last week, supremacist insurrectionists attacked the US Capitol in an attempt to block the certification of the election. These people made a mockery of our democracy, but police and “security” allowed them in, and politely escorted them out.

It’s clear that Trump incited and encouraged this coup attempt, as he has for his entire tenure as president. He has refused to call out white supremacists and somehow, his direct addresses to violent hate groups are always deemed “not what he meant.”

In contrast, when Black Lives Matter protesters and supporters demonstrated across the country this summer, police immediately met them with teargas, violence, and arrests.

Back then, Trump called in the National Guard and declared that “when the looting starts, the shooting starts.” He later claimed to have no idea what he was saying,or it’s historic implications.

The distinctions are damning.

As Maya Angelou said, “When someone shows you who they are, believe them the first time.”

I’m outraged and passionate, but my choice of words above are intentional and factual. My passion doesn’t deter from reality, my politics don’t color what happened, and my opinions don’t change facts.

If You Can’t Say…

I’ll admit, I was afraid to address what happened in my class the next day. I know I have a large number of Trump-supporting students and families in my community who have already expressed their dislike for some of my classroom choices.

Ultimately, I chose not to address the attempted coup head on. Afterward, I wished I had seized the moment, living and teaching in my integrity, but I chose not to burst into tears over Zoom. And that’s okay. I give myself permission not to be my harshest critic, and to practice self-care during the hardest year of my career. (I hope you did too, in whatever that means to you.)

The conversations I did have were really powerful, and those students appreciated the space I made for them to process. They reached out to me because they know who I am. They know that I stand against hate and bigotry and stand for empathy and justice. The following week, we put on our non-fiction reading hats and looked at the timeline of events, connecting to our essential question, "How do choices have power?"

It’s clear to me that, regardless of politics, there are some teacher moral lines that are truly non-negotiable.

If you can’t say Black Lives Matter, how do you think your Black students feel in your classroom, carrying the weight of, too often, ignored systemic racism?

If you can’t say Love is Love, do you really think your LGBTQ+ student feel like you really see and support them?

If you can’t explain Wednesday as domestic terrorism, what exactly would need to be different for you to make that distinction? A different skin color?

If you can’t call a noose in the forefront of the United States Capitol white supremacy and racial hatred, you are deluding yourself.

If any of these shock you, make you uncomfortable or make you want to message me in a rage, please pause and explore those feelings. Can you expand the breadth of your understanding, and who would benefit from that? What do you not know, and how could you learn?

And yes, if you can’t honestly say those phrases above, perhaps you need a different job.

Your students deserve someone who will tell them the truth. 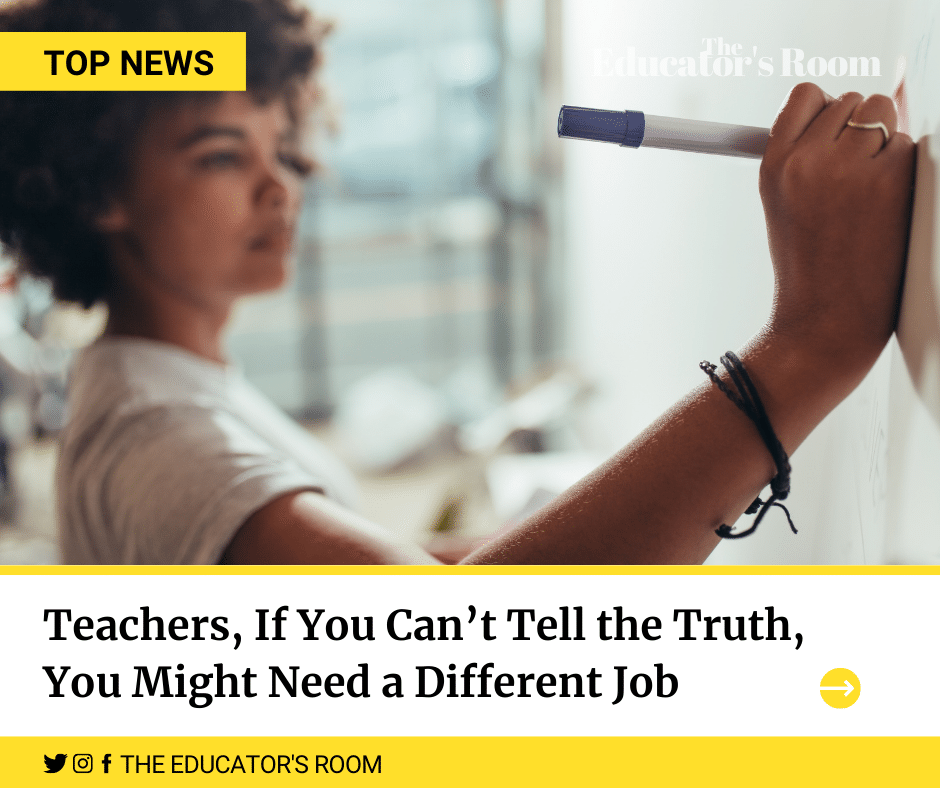 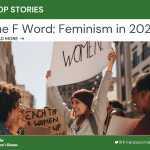 Pandemic Movie Choice: Bad Education: A Movie Review
« Opinion: After Trump, Civics Can NEVER Be the Same
Global Education: What We Don't Teach Has Never Been More Important »