Educators across the country have found themselves in a turbulent climate. Amid a pandemic, teachers are trying to help students relearn how to regulate their emotions. They’re trying to help them interact productively within society while facing sub shortages, budget cuts, pay freezes, CRT-related persecution, and more. While this happens, the students are just trying to get through the year.

This has spurred some school districts to pursue mental health training for staff to be better equipped to help students and take care of themselves. One term that is often thrown out is “mindfulness.” It’s a broad concept that gets used in various contexts, though it tends to often be misused and misunderstood. Mindfulness is more than a buzzword or a trend, though. It’s a method supported by a multitude of research, and it could be key to helping heal the traumatized students and teachers who walk like zombies around our school buildings.

Berkeley University’s Greater Good Magazine defines mindfulness as “maintaining a moment-by-moment awareness of our thoughts, feelings, bodily sensations, and surrounding environment, through a gentle, nurturing lens.” It is the act of noticing things as they come up in our minds and bodies and accepting them.

Essentially, we can avoid “becoming” the emotion — instead, we allow it to come, recognize it, give it the space it needs, and let it go. Famed professor Jon Kabat-Zinn describes mindfulness as “paying attention on purpose,” adding that people should do this “non-judgmentally.” Mindfulness has also been described as a state that can be brought on through practice, such as the practice of meditating. Meditation has been used throughout history by adherents of almost every religion, using concentrated attention to bring on mystical experiences.

Today, mindfulness has seen a return to popularity through apps such as Calm, Headspace, or even Youtube. In addition, mindful meditation is used in yoga, which also has ancient roots and has experienced a (somewhat controversial) surge to the forefront of health and wellness centers worldwide. Given its popularity, mindfulness might seem like a given for everyday health. Yet its reliance on staying in the moment makes it extremely difficult. The fast-paced, time-crunched atmosphere of schools makes them difficult settings to practice mindfulness. But the benefits of mindfulness make the effort worthwhile for school staff and students.

What are the Benefits of Mindfulness in Schools?

Mindfulness has been proven to have clear benefits in multiple areas, many of which seem to be specifically tailored to calm a tumultuous school setting. One study showed that MBSR (Mindfulness-Based Stress Reduction) decreased participants’ bias toward negatively viewing ambiguous social cues. If there’s one thing teachers are tired of, it’s listening to students complain that someone “looked at them weird.” Any help in that area would likely be greatly appreciated.

Another study was conducted specifically on teachers. It showed that MBSR reduced its participants’ brain reactivity to negative emotional stimuli. Good teachers are often applauded for their ability to keep a cool head even when things are going awry in the classroom — based on this study, it seems that practicing mindfulness may be a clear way to help achieve this level of clarity and calm in the face of chaos. Multiple sources also note that MBST has been linked to reduced depression and anxiety and improved memory — all good things for students. It is also used as a therapeutic technique for people in need of help learning to regulate their emotions. At this point, anything that could help students regulate their emotions will be an immediate hit among our exhausted, struggling teachers.

How to Practice Mindfulness in Schools

How is it done, though? Mindfulness can be practiced in many ways in the classroom by staff and students alike. One way is for teachers to model it as much as possible, especially in difficult atmospheres. For example, students could learn from a teacher who pauses to say, “I’m frustrated, so I’m going to take a deep breath and speak to you once I’m calmer.” This simple act of modeling can have a powerful effect. Students need to learn how to notice their feelings without judgment, and seeing their teachers do this frequently can go a long way.

There are also many opportunities for mindful activities throughout the day and in various classes. Simply starting class with a journal entry can stimulate mindful awareness. It’s also not a bad idea to practice breathing and warm up your body before a math or science class, the same way you would for a gym class or a chorus rehearsal. Teachers should use any opportunity to encourage students to pay attention to their feelings, emotions, sensations, etc. It’s also essential that they learn to do it without judgment and simply allow feelings to come and go. The great thing is that there are a lot of resources out there that can help. The website Fly Five SEL contains lesson plans for teachers trying to incorporate mindful practices in grades K-8. There is also literature, such as the book Essential Resources for Mindfulness Teachers .

Schools Must Make Time for Mindfulness

With all the resources available and the widespread evidence of its effectiveness, why is it that mindfulness is not a go-to practice for educators all over the country? If asked this question, many teachers would likely say the same thing: “We just don’t have time.” Sadly, the drive to prepare students for state testing, SATs, and other standardized tests puts teachers under a great deal of pressure. Adding a mindfulness initiative often feels like “just one more thing.” Districts also tend to push initiatives such as these in ways that are not organic, making it seem to teachers as if it’s simply another set of motions through which they need to go every day.

Other barriers might include aversion to the newness of the idea. Mindfulness has unfortunately become a buzzword that might turn away educators who are exhausted by constant coming and going of new jargon. Keeping an open mind is wise, but it’s not always an easy ask for teachers who are just trying to make it through. Therefore, it’s important to keep promoting mindfulness as a way of life, rather than just another box to check on a morning routine.

No one answer will solve the crisis that is afflicting schools today, but focusing on methods such as mindfulness may be one of the places we can start. Anything that helps us stay in the moment, recognize our feelings, and take care of ourselves should be considered of utmost importance and should be at the top of priority lists for school districts all over the country. 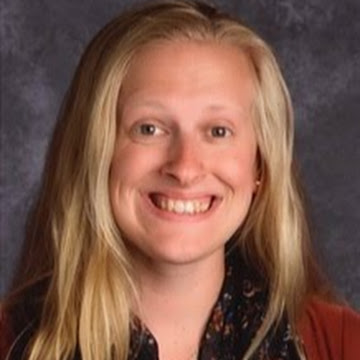 Faith Brown is a writer and educator with a Bachelor’s degree in music education from Moravian University, where she also received multiple prizes for academic essays. Throughout six years of teaching, she has worked on an initiative for social emotional learning, served as an active member of her district’s equity council, and led multiple professional development sessions on mindfulness. She is currently working on her 200-hour yoga teacher certification and continues to teach music. 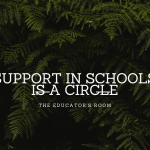 Support in Schools is a Circle 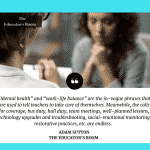 Abusing Teachers is Normal: Normal is the Problem 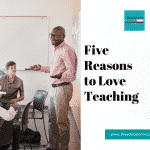