As teachers, we've all seen it before. You've taught a lesson, modeled the practice together, and then all the students get started. Or, at least most of them do. Sitting there quietly, hoping not to get noticed, is a student twiddling their pencil and not even pretending they're going to get started anytime soon.

I want to be clear about one aspect of this. I'm not talking about a student who starts and then gets distracted or the one who just doesn't complete the entire thing. I'm talking specifically about the student who refuses to even attempt it. This refusal could look a few different ways. It could manifest as a student trying to find any distraction to keep them from doing the assignment - playing games, trying to check their phone, or talking to a neighbor. It could also look like a student who completely shuts down, head on the desk, avoiding eye contact.

In this moment, we have to recognize what that student's brain is doing. They are reacting to a threat, hence the fight, flight, or freeze response. The wrong reaction can set off a completely unproductive spiral in these moments.

The other day something happened in my classroom that re-emphasized our power as teachers in moments like this. It was a little over a week into the term, and one of my students hadn't turned in a single thing to show me what they knew. As we started an assessment, I went over and told him two things. All I said was, "If you try this, I will give you feedback and another shot at that."

Guess who turned in their assessment that day.

I won't try to say, "These are the only reasons kids don't engage in activities." That would be absurd. There are countless reasons, many outside of our control, that might result in a student not engaging in work – a breakup during passing periods, a big issue going on at home, exhaustion from working long hours outside of school, etc. However, in reflecting on the student who engaged in the work and completed the assessment after our conversation, I realized two major factors influence whether or not a student will even attempt an assignment that we, the teacher, can control.

The first reason students don't engage in an assignment is that they are afraid to confront the reality of their academic abilities. Think about it this way. If I don't try, I don't have evidence that I can't be successful. In essence, I can continue to tell myself any story I want about my academic ability because I have no evidence to say otherwise.

If you want a fun word for this, it's atychiphobia, which is the fear of failure. For some students, this fear of failure is so debilitating that it hinders their willingness to try. As much as we want to bemoan a potential lack of resilience here, we must step back and consider the environment in which these kids exist. Our culture of schooling puts good grades on the highest pedestal, and anything less than that is unacceptable. Pair that with possible parental pressure and perhaps consequences for anything less than stellar grades, and we end up with a fairly toxic environment.

As much as we want to say that kids should embrace failure, the reality is that many classroom grading practices prioritize the opposite. Mistakes are held against students in their end-of-term grades. Averaging assignments over time means that failure is not actually a learning opportunity. Instead, it is a stigmatized aspect of learning with long-term consequences.

There are two things a student in this situation could benefit from. The first is simply a small-but-achievable goal focused on effort rather than performance. If we can shift a student's perspective away from the end evaluation and onto their effort in the moment, we can help them move forward. For example, as an ELA teacher, writing is where students often get stuck. One of my go-to phrases is, "When you get your first sentence on the page, call me over for a high five." Of course, I'm not setting that as the ultimate bar or dropping expectations. Still, I'm providing a small, effort-based marker they can reach and then celebrate to begin building their confidence.

The second thing we can do is much bigger but also more important. We have to look for alternative methods of calculating final grades than the traditional approach of averaging assignments over time. This is why the shift towards standards-based grading and mastery-based practice is so important. Ever since shifting my practices towards this, I'm able to gather multiple attempts from students demonstrating their learning and then make a final calculation based on recent and consistent evidence for each skill. I can honestly tell students, "Give it a shot, and if you don't like how it goes, you'll be able to try it again next time without it hurting you in the long term."

While many students refuse to try because of a fear of failure, others may not try for a related yet distinct reason. Rather than fearing failure, these other students are afraid to try because they feel they've already failed.

Suppose you don't believe you have a shot at reaching your goals. How does that impact your motivation? Are you going to engage in the difficult processes to reach those goals? Put more simply, if you know you'll never reach your goals, how motivated are you to try?

For some of us, the process in and of itself is worthwhile enough, regardless of the outcome. However, this gets a bit trickier in the context of school. Whether we like it or not, grades have become the goal of almost every student in school. Our system, our culture, places nearly all the value of education on the single letter students get at the end. This goal, which is supposed to be nothing more than a measure of the more meaningful goal of learning, becomes many students' benchmark for success.

If that goal is the value students see in engaging in the assignments we ask them to do in our classroom, what happens when that goal goes away? What happens when they get low scores on their first few tests, eliminating their chance of getting a good grade in the course? This is where the expectancy-value theory comes in, which put simply, is the relationship between how we expect to do on a task and the value that success will bring. The first part, the expectancy piece, ties into what we discussed in the first reason. It's the second part that is now important. When we take away the possibility for the student to reach their goal, we take away the value of the work that could have led them to that goal.

If a student's goal is a C, but that is now mathematically out of reach for them because of how we calculate grades, why would we be surprised when they don't do the work? We want to tell them that learning is the goal, and that's still on the table, but no matter how tall our soapbox is while we preach that, we are fighting against an entire culture obsessed with grades.

Creating a Path to Success

The easy route is to allow retakes and redos. Aside from that, we can drop the lowest scores in categories to allow students to bounce back from mistakes and still have the potential for success ahead of them.

However, there's a bigger fix that we need to be considering. Once again, a shift to standards-based grading with a mastery-based focus can eliminate this barrier altogether. If we recognize that a grade should reflect what a student knows at the time the grade was calculated (as opposed to their historical performance being averaged), we can keep the potential for success on the table for all students.

We Can Help Students Who Don't Try

No matter how we solve these problems, one thing has to be clear: when we see students not engaging with work, we cannot assume they are lazy. Laziness is rarely the true reason students don't try. Often, they don't think they can succeed on the assignments and thus avoid them. Or it's too late for an assignment to help their grade, so they view it as a waste of time.

When we recognize these underlying reasons students may appear disengaged or unmotivated, we can start to create long-lasting solutions. Often times success begins with a decision to try. If we can shift our practices and our mindsets, then we can help more students see a path to success.

Tyler Rablin is a high school language arts in Sunnyside, WA. He also runs Tyler Rablin Consulting, contributes to a variety of online education resources, and has a book coming out with Times10 Publishing around motivation and assessment. His educational passion is focused on the ways that intentional technology integration, modernized assessment strategies, and strong cultures of learning can allow us to provide meaningful, powerful, and personal learning experiences for each of our students. 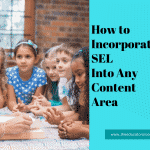 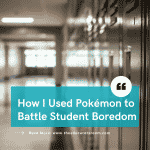 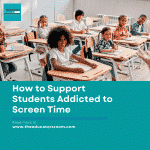 How to Support Students Addicted to Screen Time
« Racial Equity Work That Actually Works: Lessons from Dr. Lori Watson
Why U.S. Students Need to Learn About the Iranian Uprisings »